A triangle is a part of a plane bounded by three line segments. Triangles have three angles and three sides. Vertices of a triangles are denoted by capital letters and their sides by lowercase letters from their opposite vertex.

The sum of the measures of all interior angles in a triangle is equal to $180^{\circ}$.

We divide triangles by considering how many sides have the same length and how many angles are of the same measure.

A triangle without any equal sides and no equal angles is called scalene triangle. 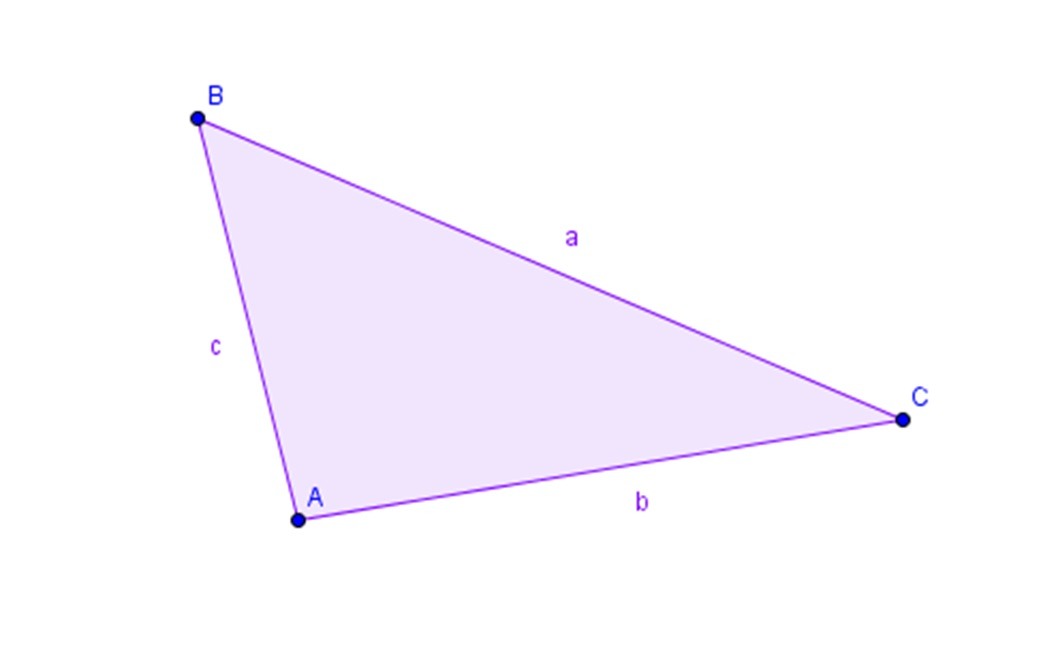 A triangle that has two equal sides and two angles of the same measure is called an isosceles triangle. 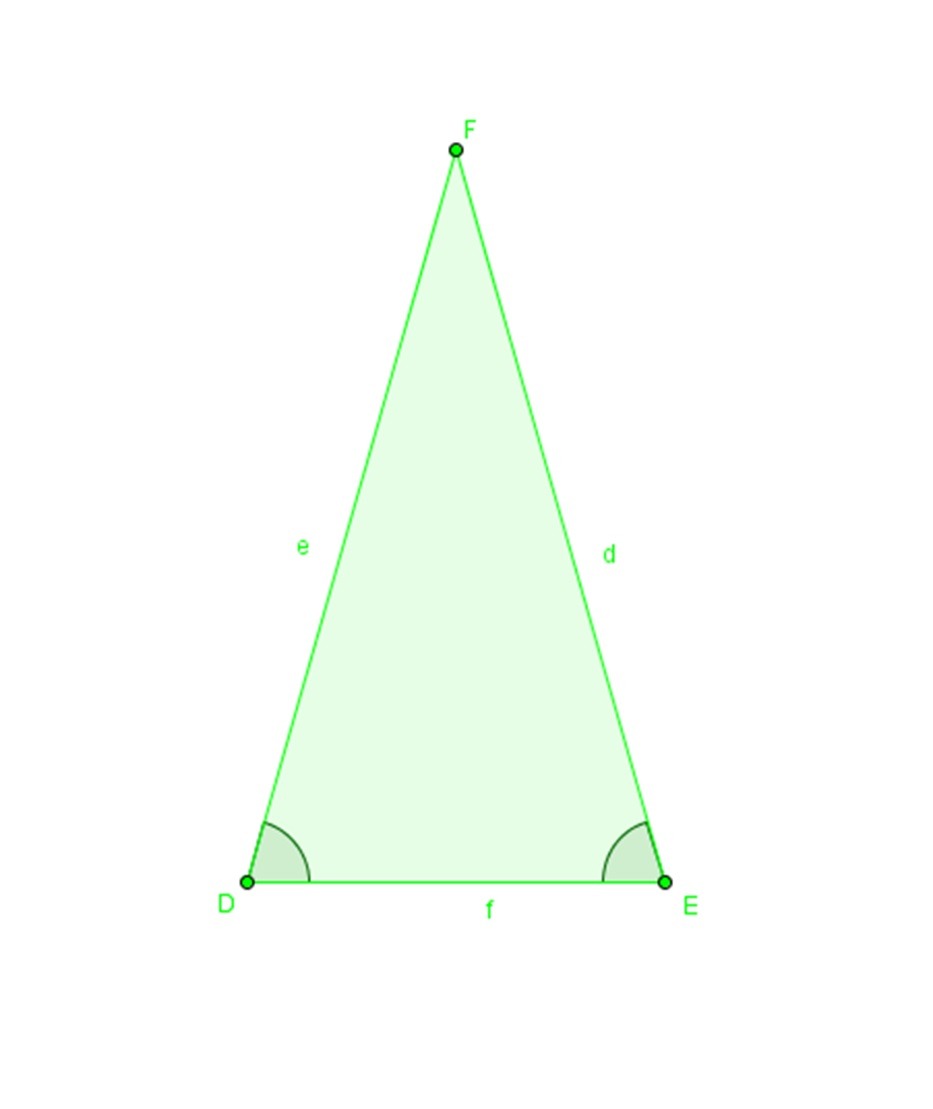 Side $f$ is called the base of an isosceles triangle, as the other two sides are of equal length that are called arms. Equal sides are always the ones that are enclosed at the base and arms.

A triangle that has all three sides of equal length and all interior angles of equal measure is called an equilateral triangle. 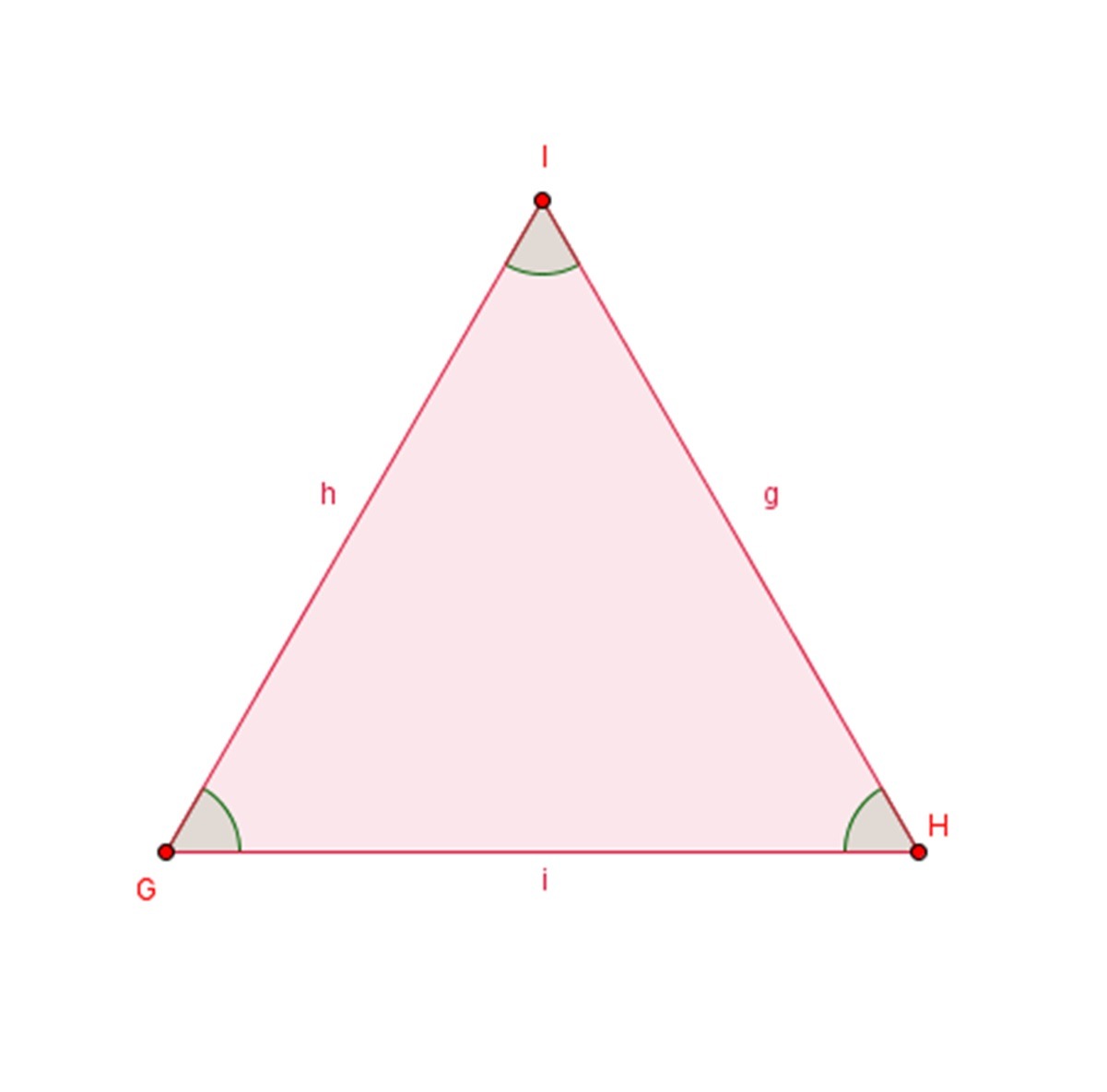 Because the sum of the measures of all interior angles in a triangle is equal to $ 180^{\circ}$, and equilateral triangle has three angles of equal measure, each amounts to $ 60^{\circ}$.

Also triangles are divided by their angles.

An acute triangle is a triangle that has all angles  less than $ 90^{\circ}$. 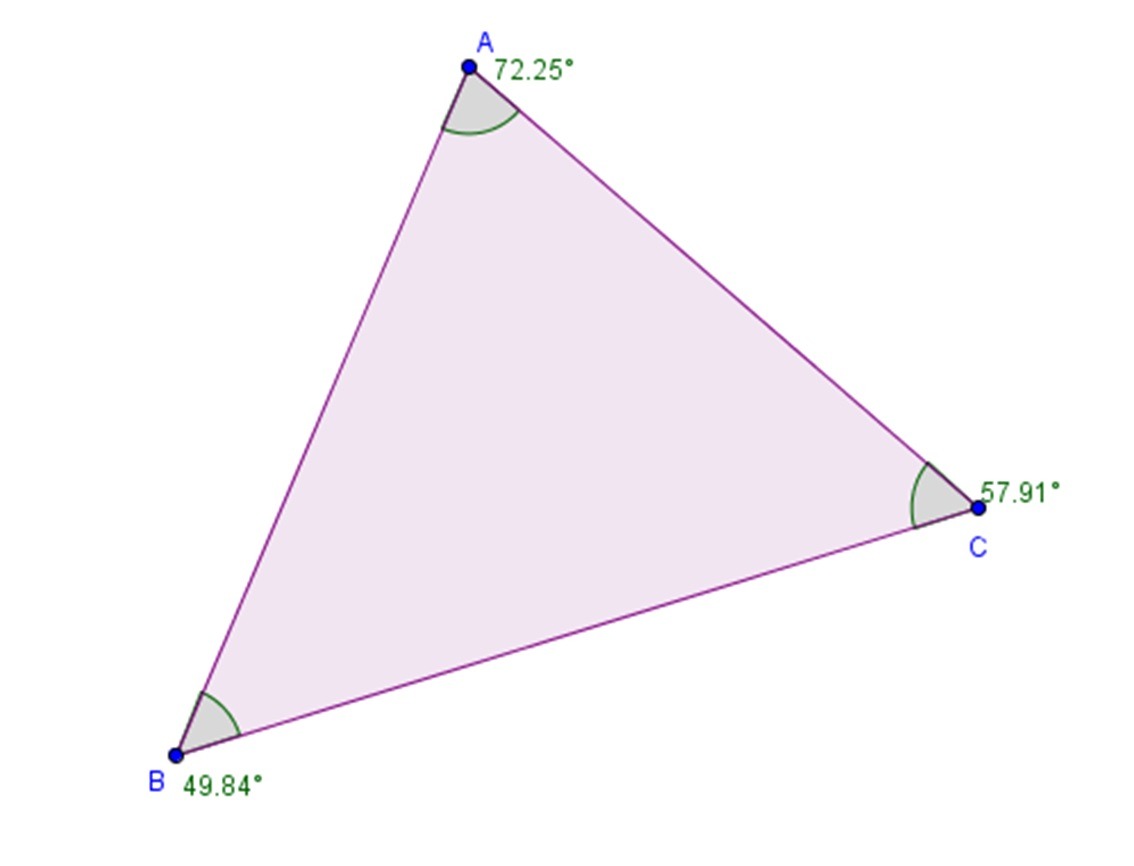 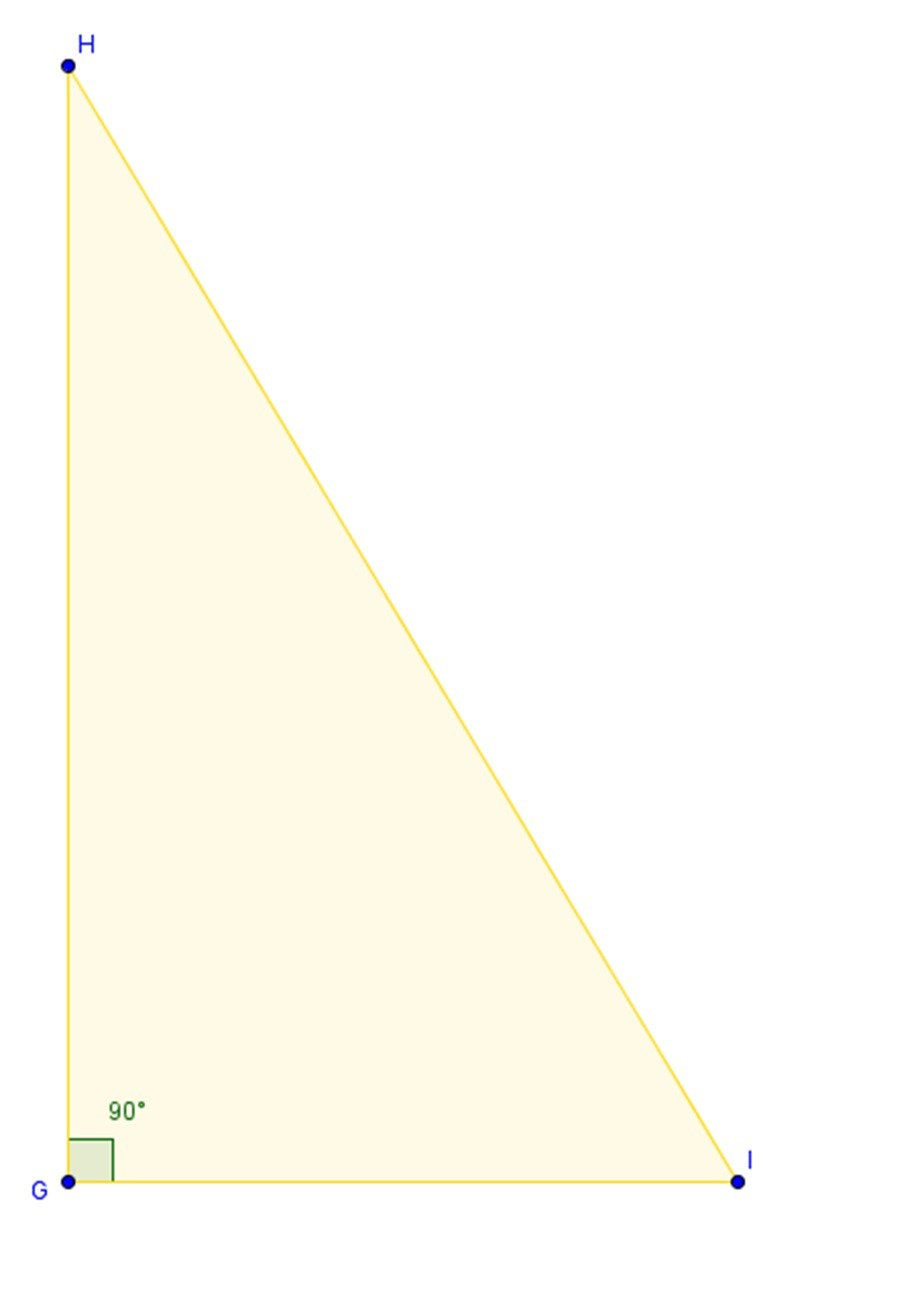 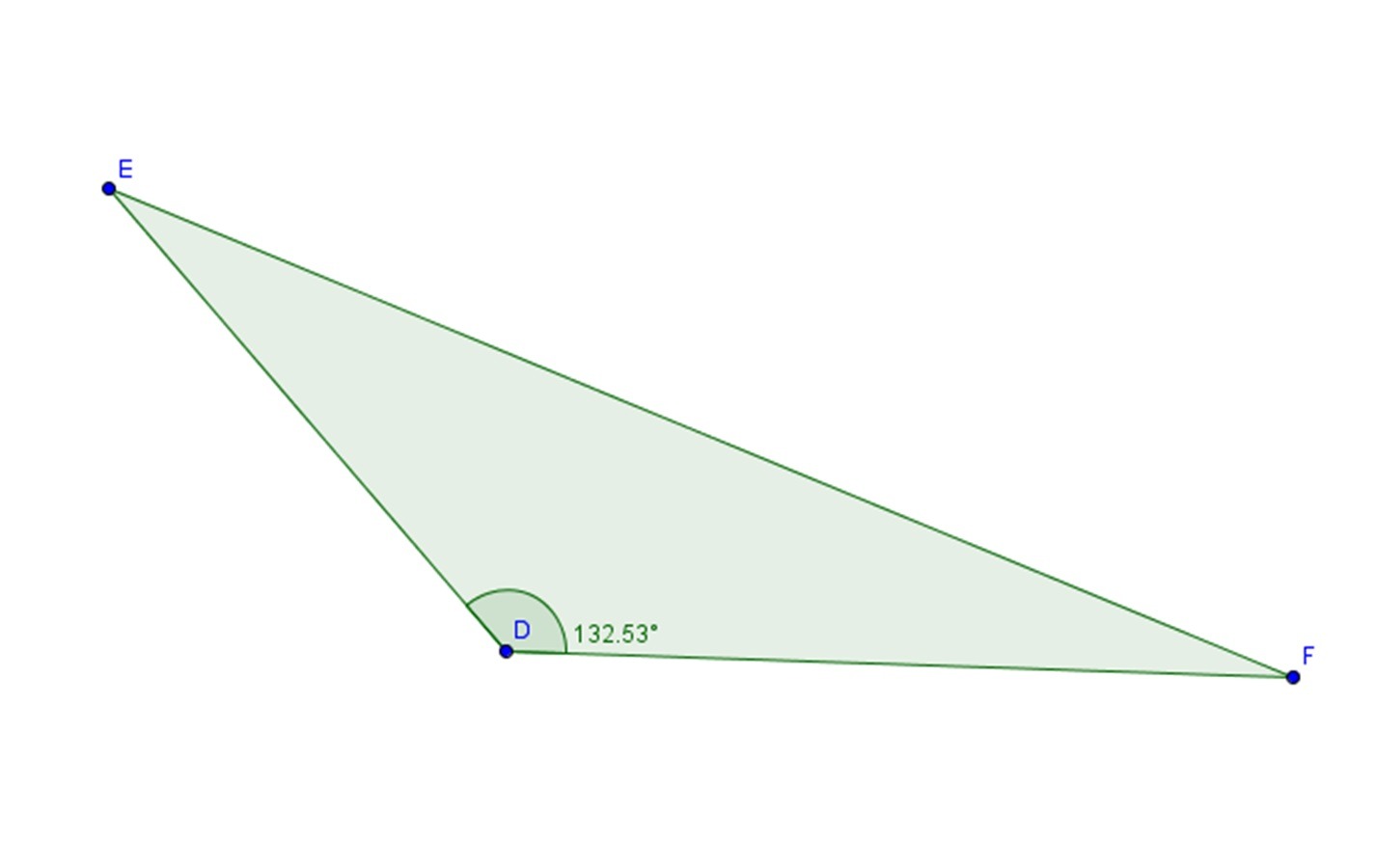 Constructing triangles with sides of a given size

To construct any geometric figure means to precisely draw its shape using only a compass, ruler and a pencil.

Firstly, draw a sketch, it is not important if it is accurate, what is most important the disposition of the points and sides. 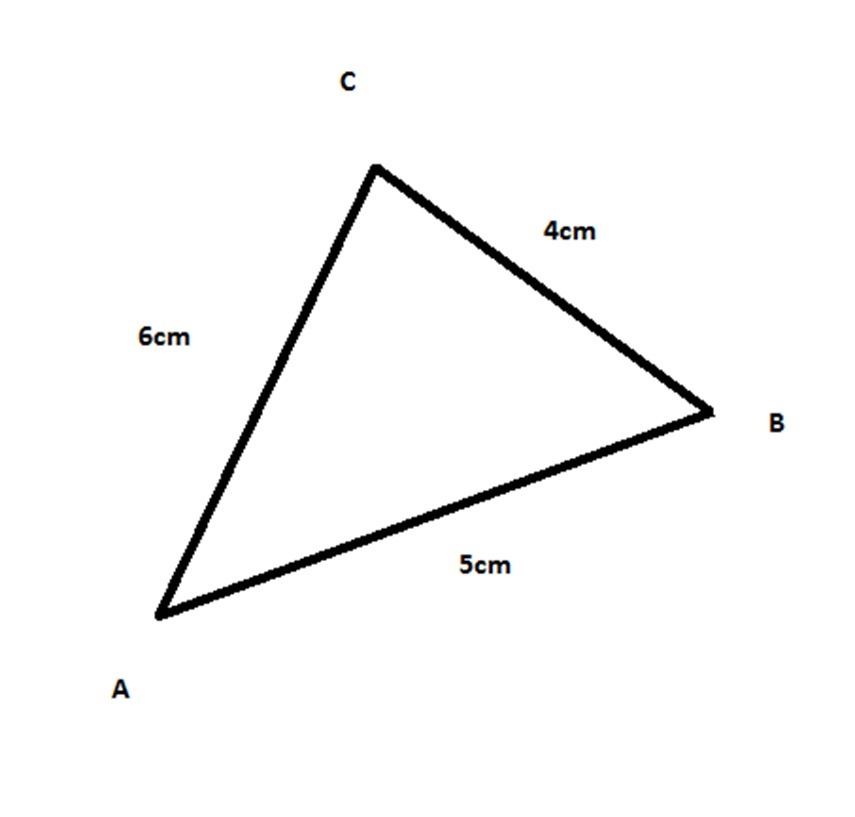 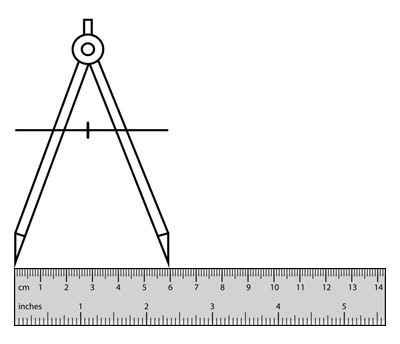 The intersection of this circles is point $C$ . All that remains is to connect the points and mark point $C$. 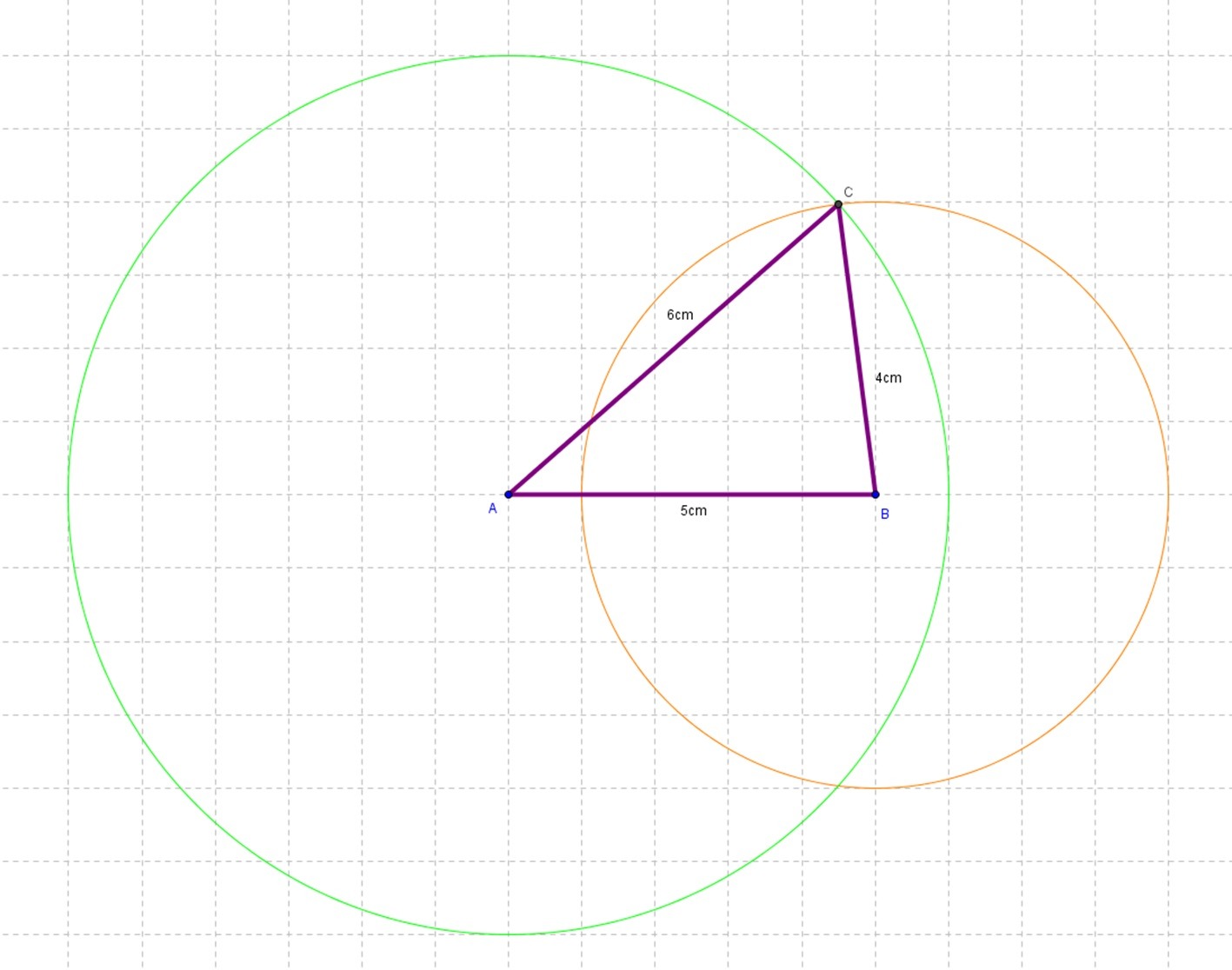 Construct an isosceles triangle whose base has length of $5$ cm and arms $4$ cm.

Firstly, draw a sketch. In this example is not specified which side is the base and which sides are the arms, as we will take that side $c$ is our base. 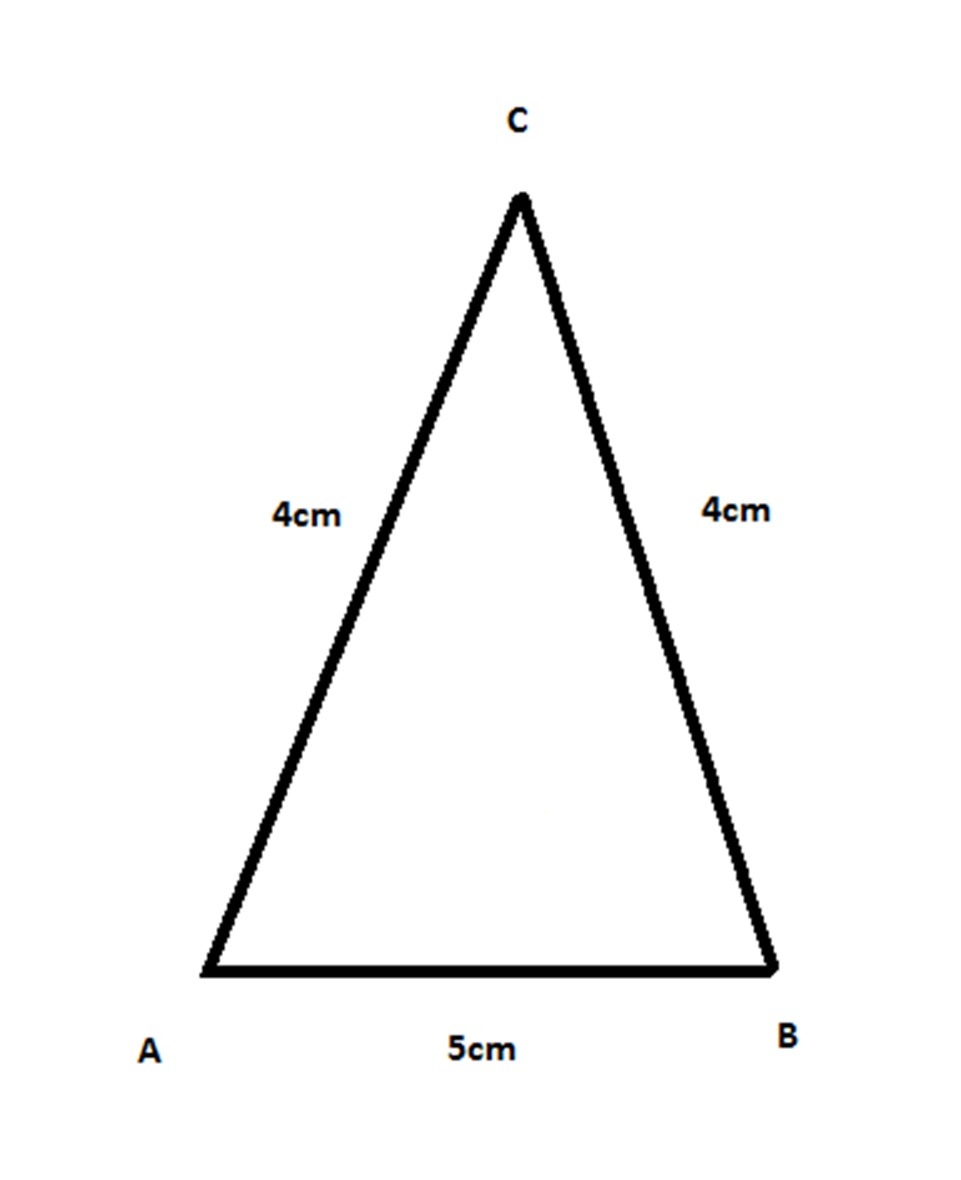 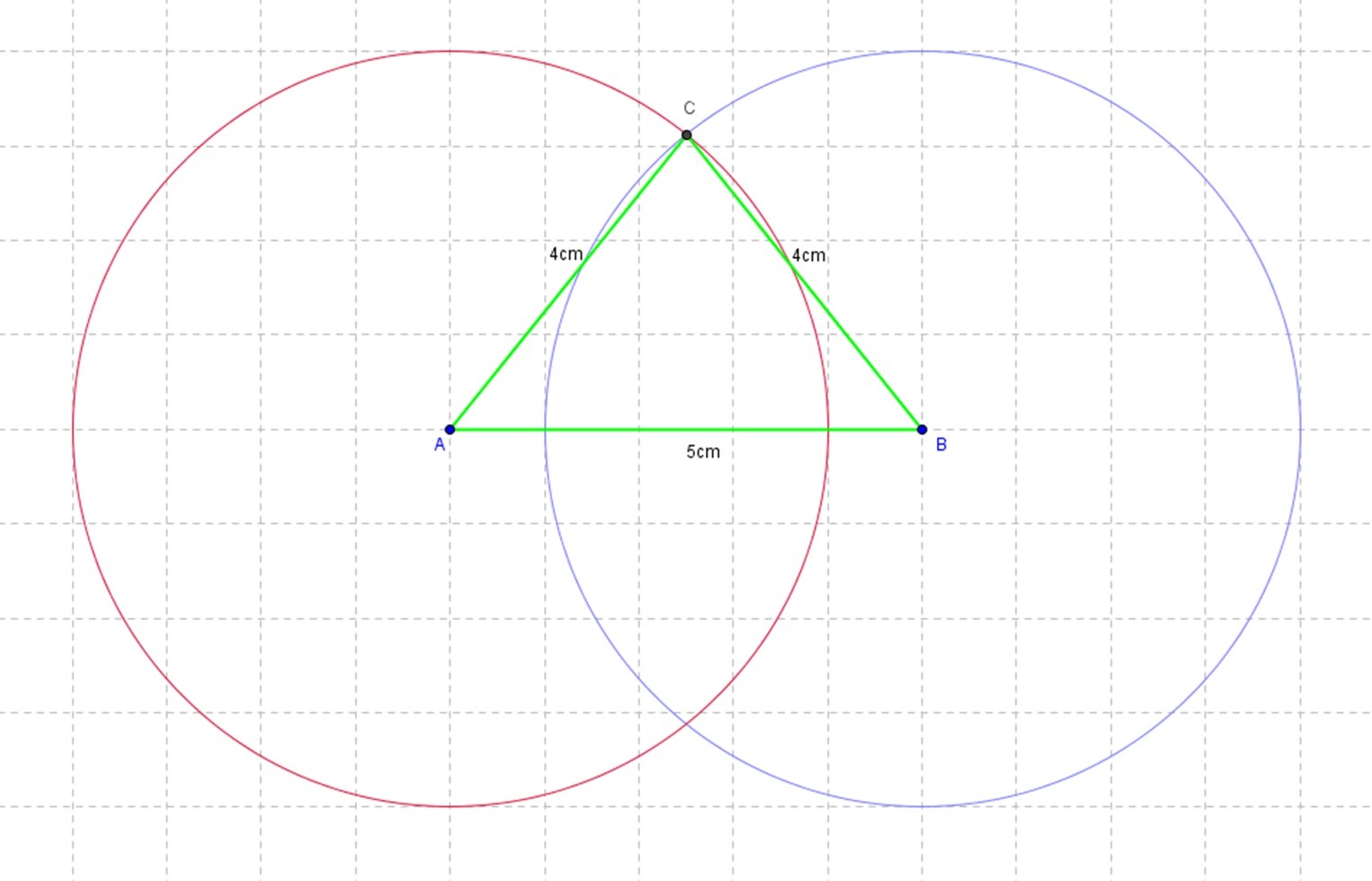 Construct an equilateral triangle whose side length equals to $4$ cm.

Firstly, construct line $c$, and then from points $A$ and $B$ construct the circle with a radius of $4$ cm. 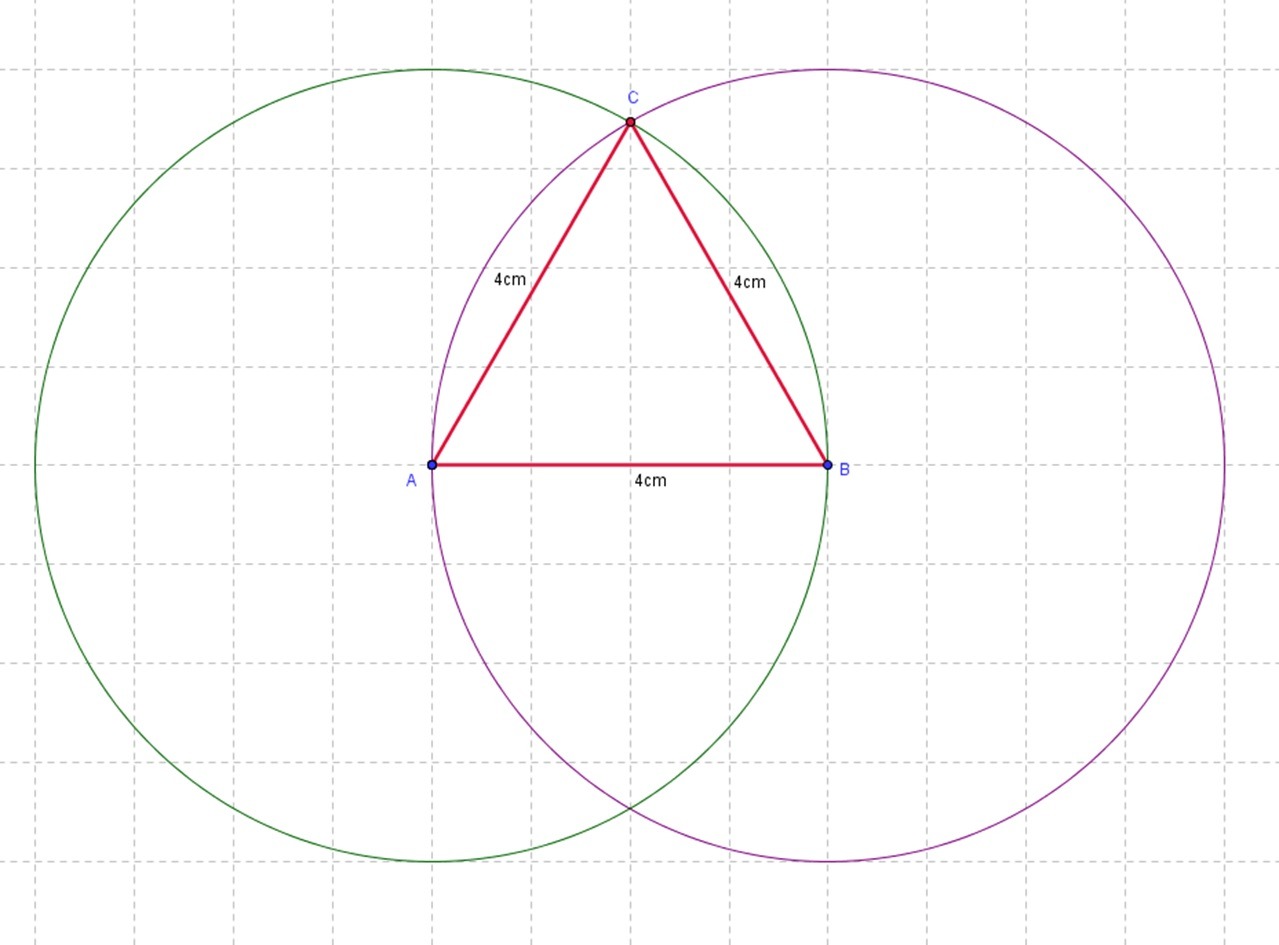 The exterior angle is an angle between any side of a triangle and a line extended from its adjacent side. 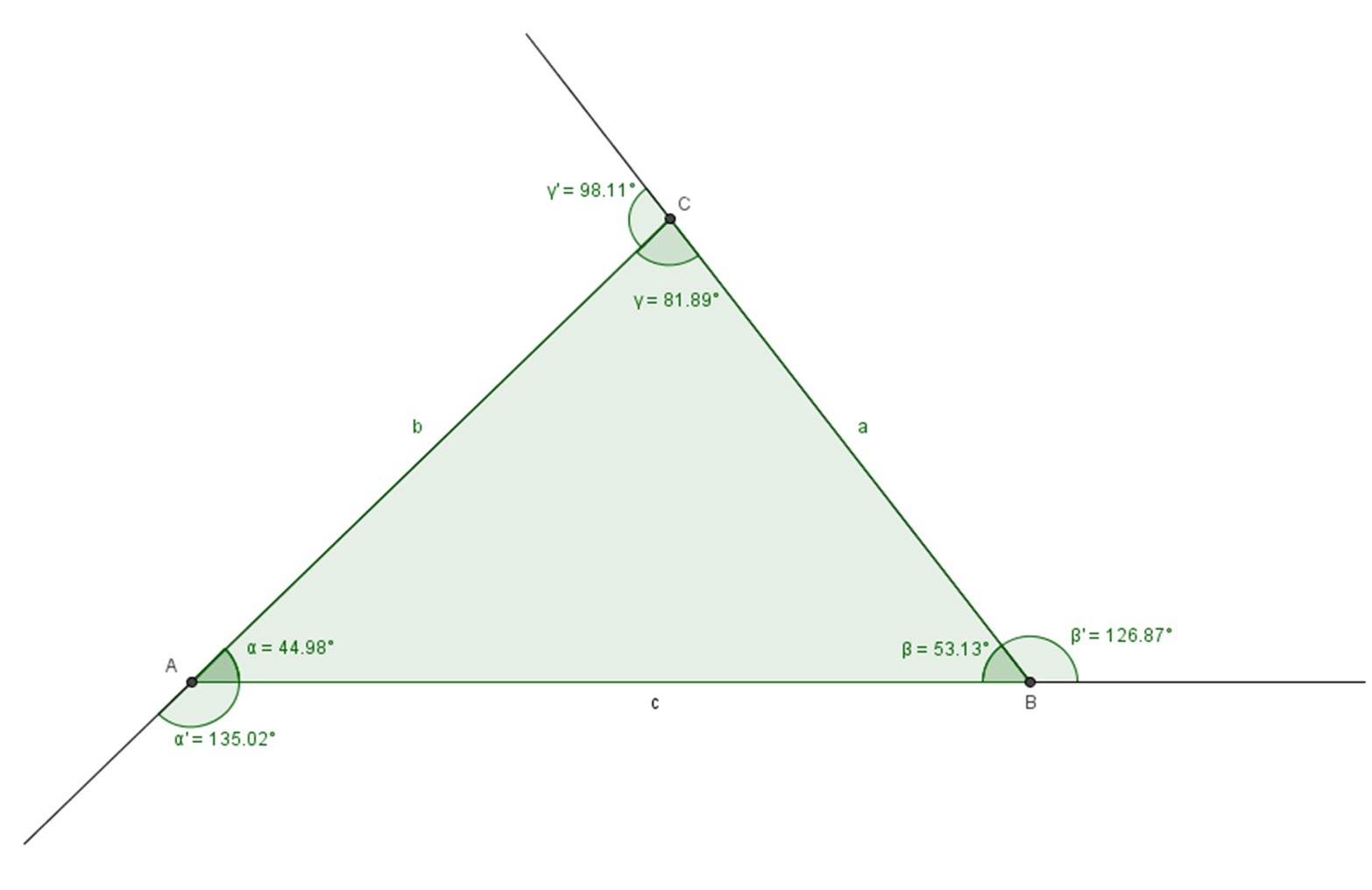 The sum of the measures of the exterior and its interior angle is equal to $180^{\circ}$.

The measure of an exterior angle of a triangle is equal to the sum of the measures of the two non-adjacent interior angles of the same triangle.

Calculate all missing exterior and interior angles in following triangle. 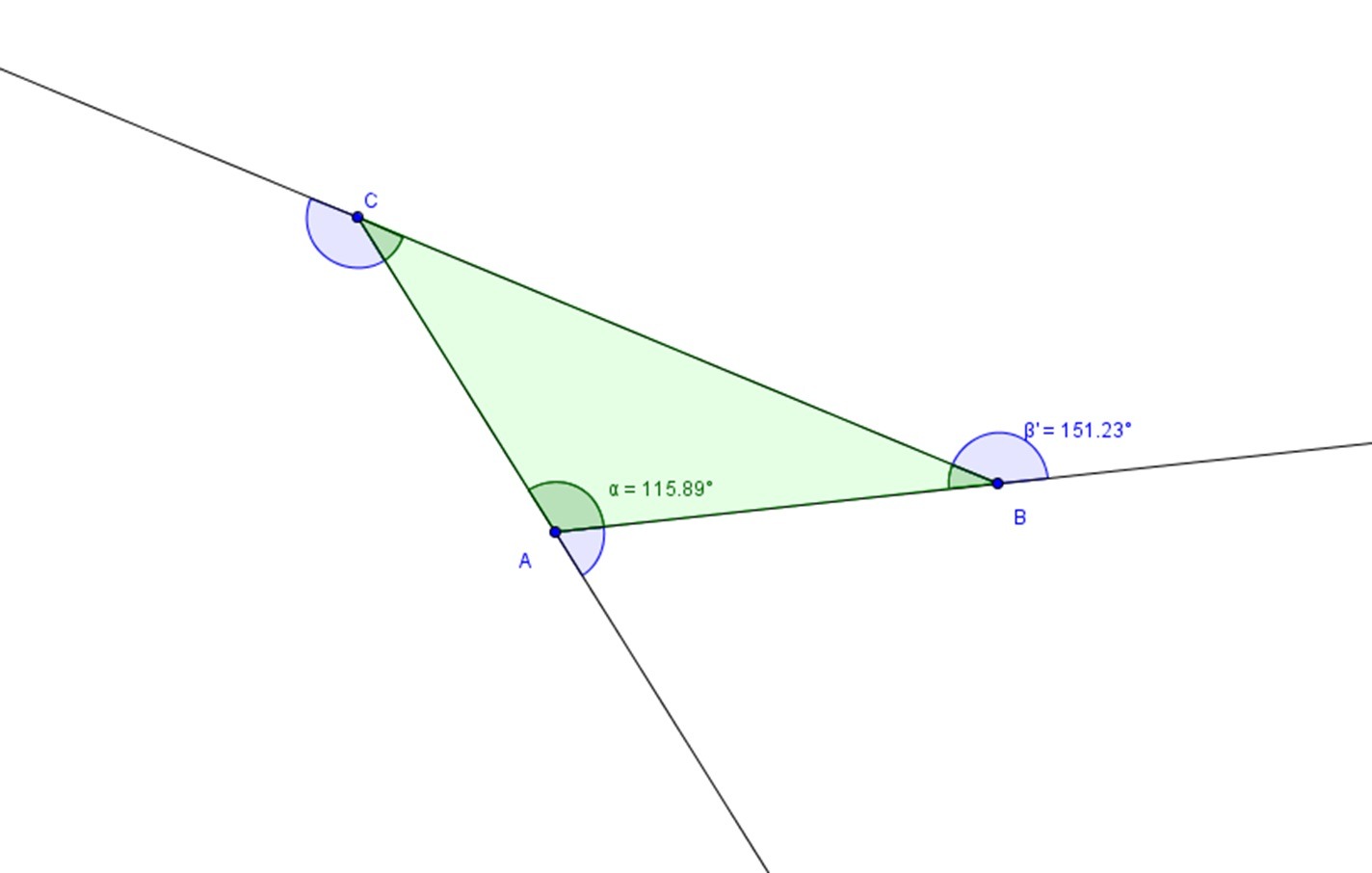 Now, by exterior angle theorem we have:

The sum of angles in a triangle