There are four theorems that we can use to determine if two triangles are similar.

Two triangles are similar if their two corresponding angles are congruent.

Let $ABC$ be the given triangle. So how can we construct a similar triangle?

We will expand segment lines $\overline{AB}$ and $\overline{AC}$ over the vertices $B$ and $C$, respectively. On the line $AC$ we choose the point $D$ and construct a line that is parallel to line $BC$ and that passes trough a point $D$. The intersection of the previously constructed line and line $AB$ is point $E$.

The resulting triangle $AFD$ is similar to the given triangle $ABC$, as shown below. 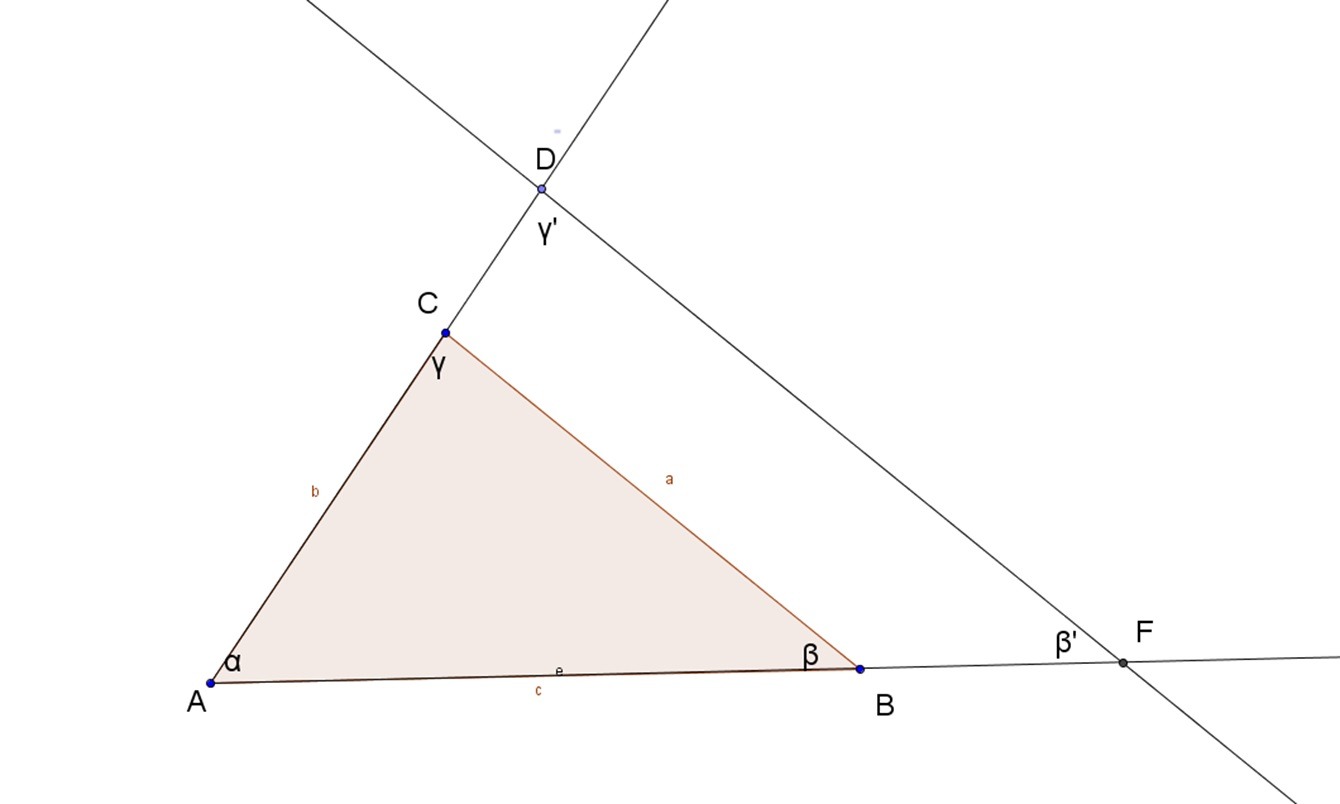 $\beta = \beta ’ , \gamma = \gamma ’  \Rightarrow \alpha = \alpha ’$ (if two corresponding angles are of equal measure, then the third is also equal and corresponding).

The following proportions are also true:

Two triangles are similar if the lengths of all corresponding sides are proportional. 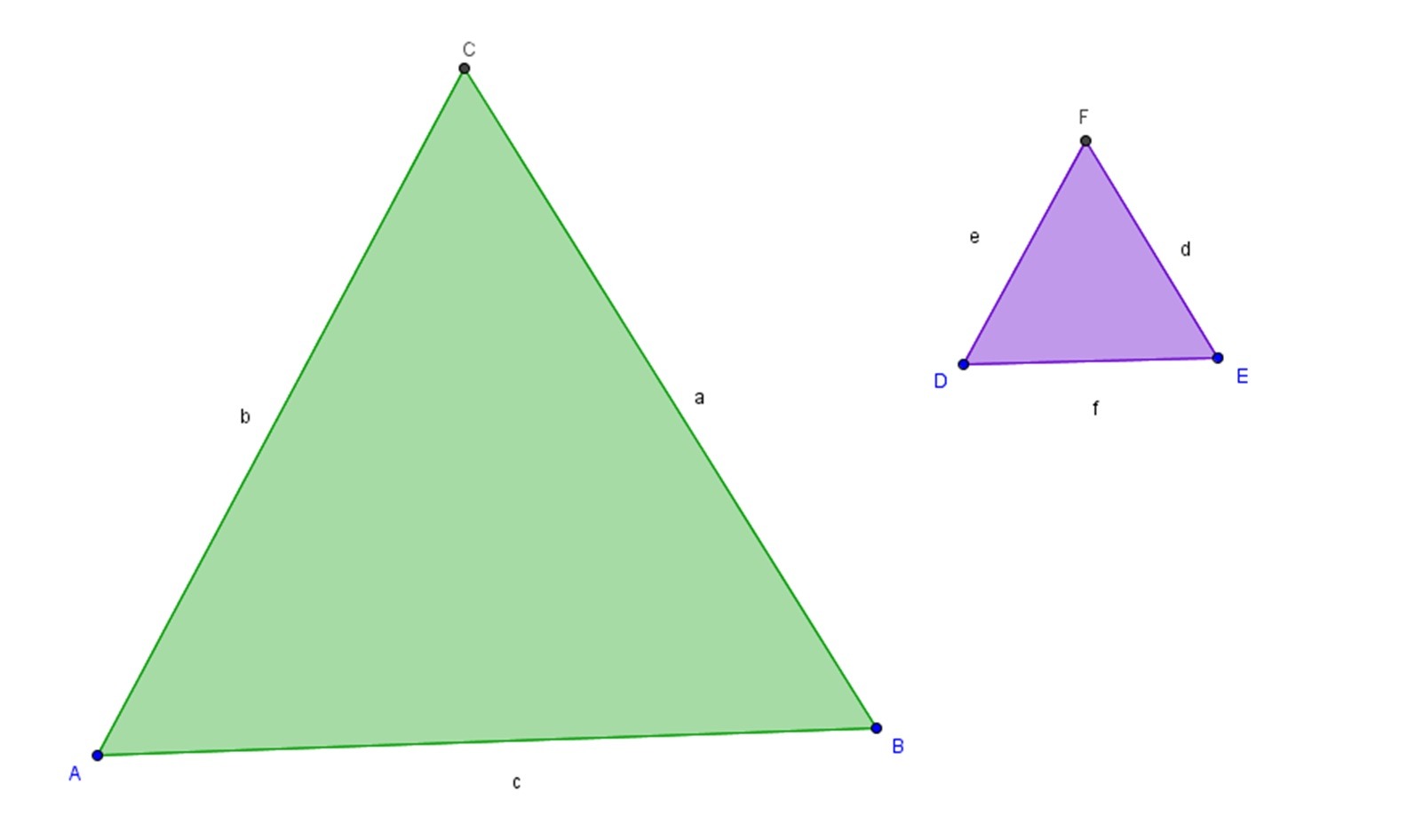 Triangles $ABC$ and $DEF$ are the similar triangles if:

It follows that triangles $ABC$ and $DEF$ are thus similar by the SSS theorem.

If we found a different value in any part, the triangles are not similar.

Two triangles are similar if  the corresponding lengths of two sides are proportional and the included angles are congruent. 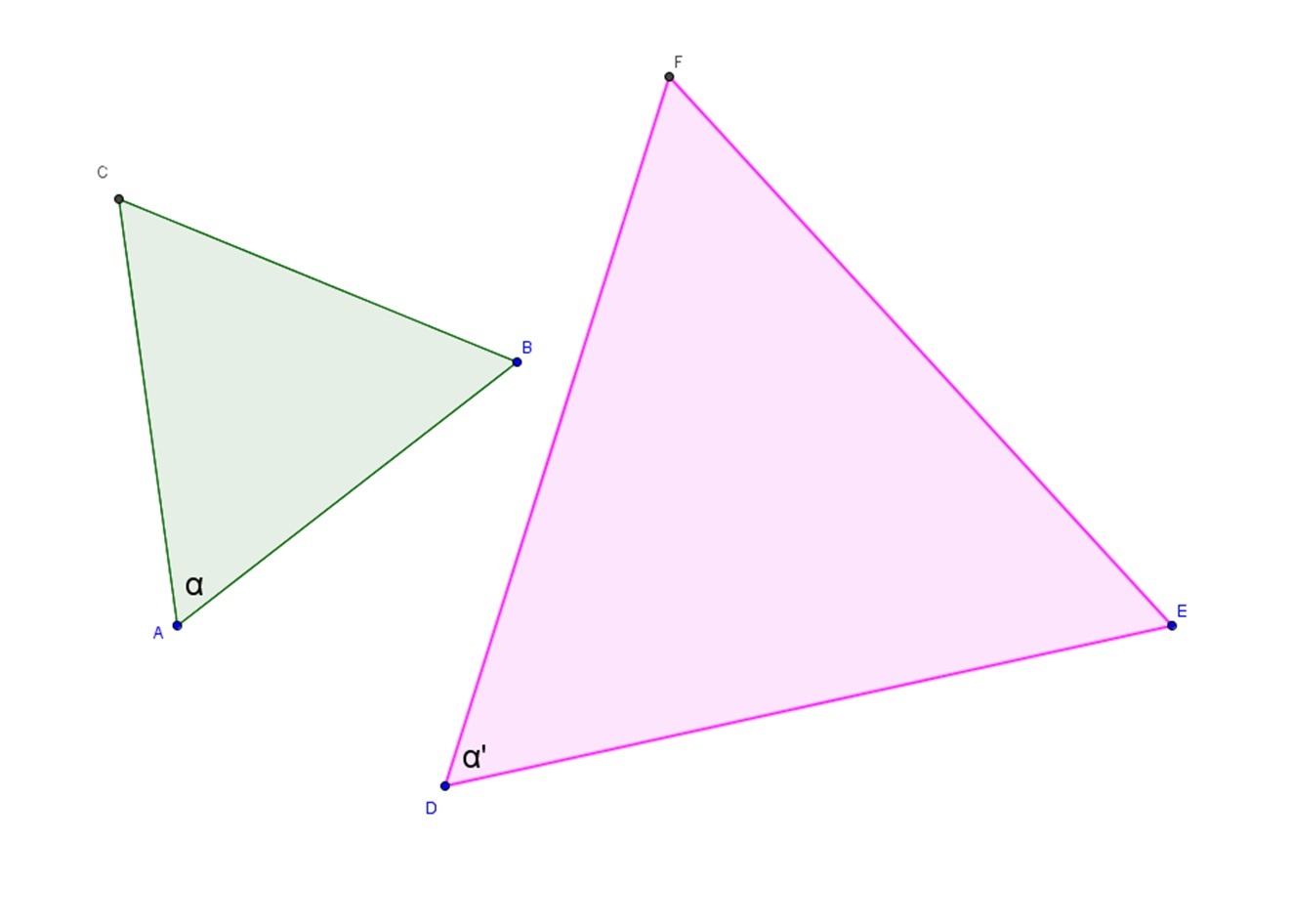 Triangles $ABC$ and $DEF$ are similar if $\alpha = \alpha ’$ and $\frac{\mid DE \mid}{\mid AB \mid} = \frac{\mid AC \mid}{\mid DF \mid}$. It follows that all corresponding angles are congruent and the lengths of all sides are proportional.

These two corresponding sides are proportional and the included angles are of equal measure. It follows that the triangles $ABC$ and $WER$ are thus similar triangles according to the SAS theorem.

Two triangles are similar if the lengths of two corresponding sides are proportional and their corresponding angles across the larger of these two are congruent. 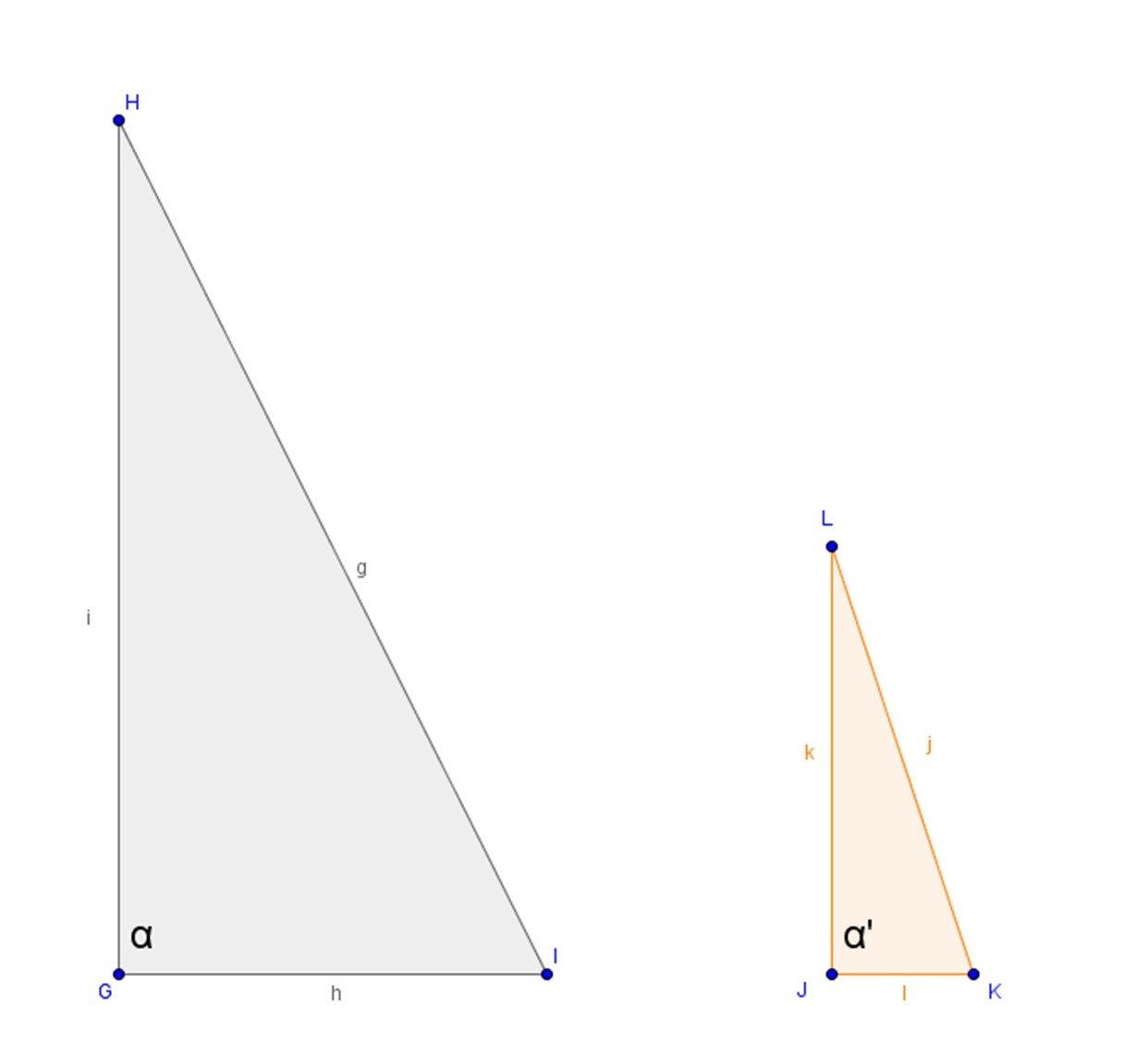 We must compare all sides by their lengths.

In this case we have

It follows that $\alpha = \beta$,  which means that triangles $ABC$ and $GHJ$ are thus similar by the SSA theorem.