Subtraction is also one of the four basic arithmetic operations (the others being: addition, multiplication and division).

The basic concept of subtraction

In addition you add (objects) members to a group, while in subtraction you “take them away”. When you doing that, you’re making the starting group of objects smaller.

For example, let’s say you have five candies to start with. If you eat two of them, you are left with three uneaten candies. 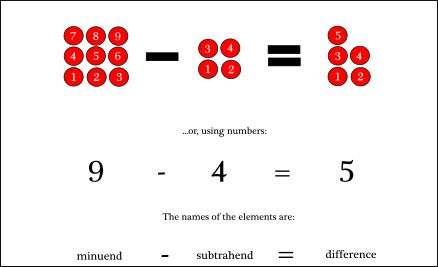 How to subtract natural numbers? 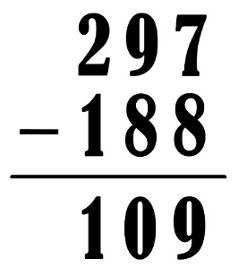