A transformation preserves distances so it is also bound to preserve angles, which follows from the SSS (side-side-side) theorem.

A plane isometry is a function that is defined for every point of the plane. If we consider plane figures as collections of points, then every such collection $S$ has an image $f(S)$ under the isometry $f$. The definition of isometry assures that relative positions of points in $S$ are preserved in $f(S)$.

Translation $t$ is a plane isometry, $t : M \rightarrow M$, where all points in a plane are moved for a fixed vector $v$. A vector is specified by its direction, length and orientation, and if one these is changed then it defines a different function. 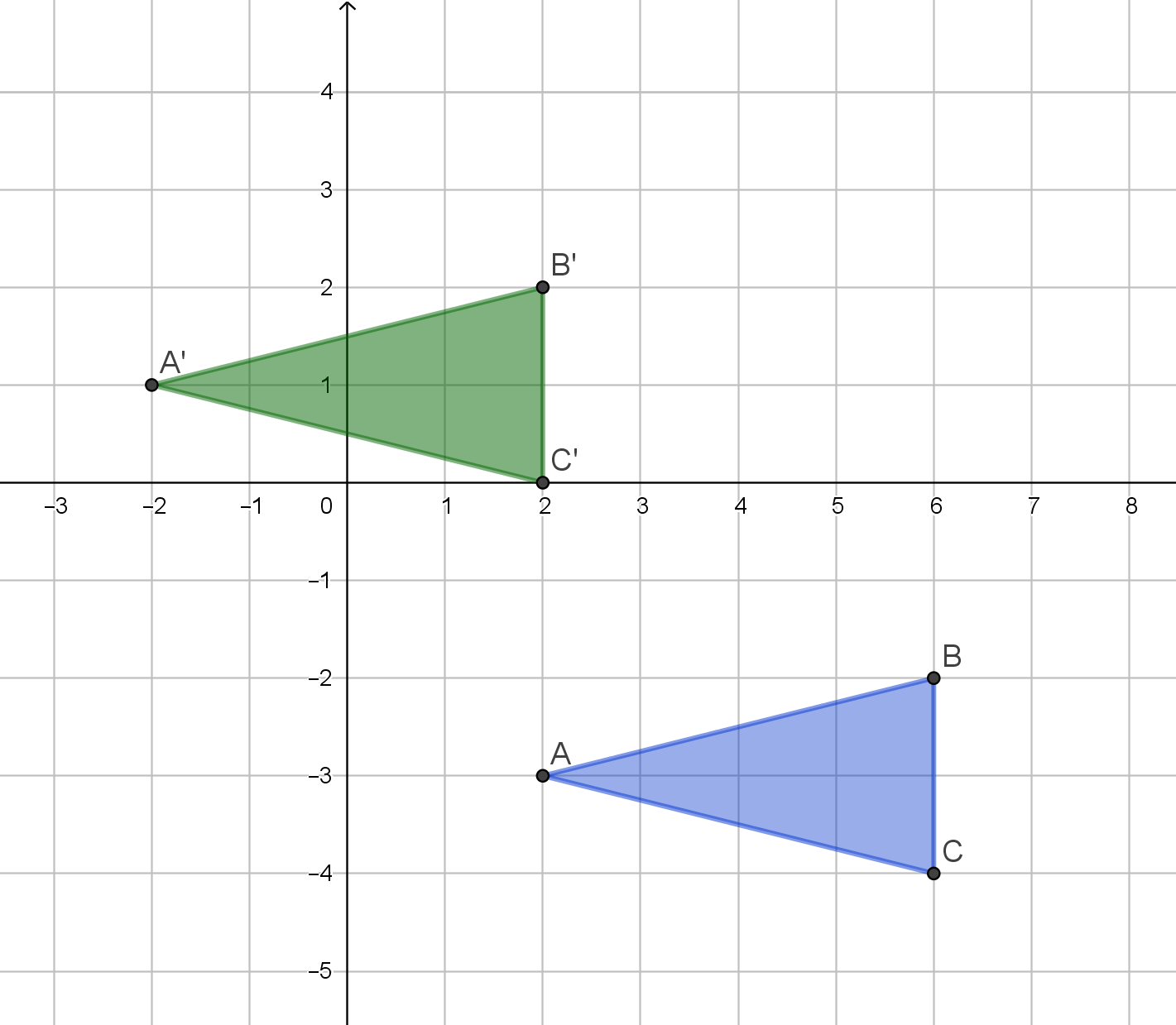 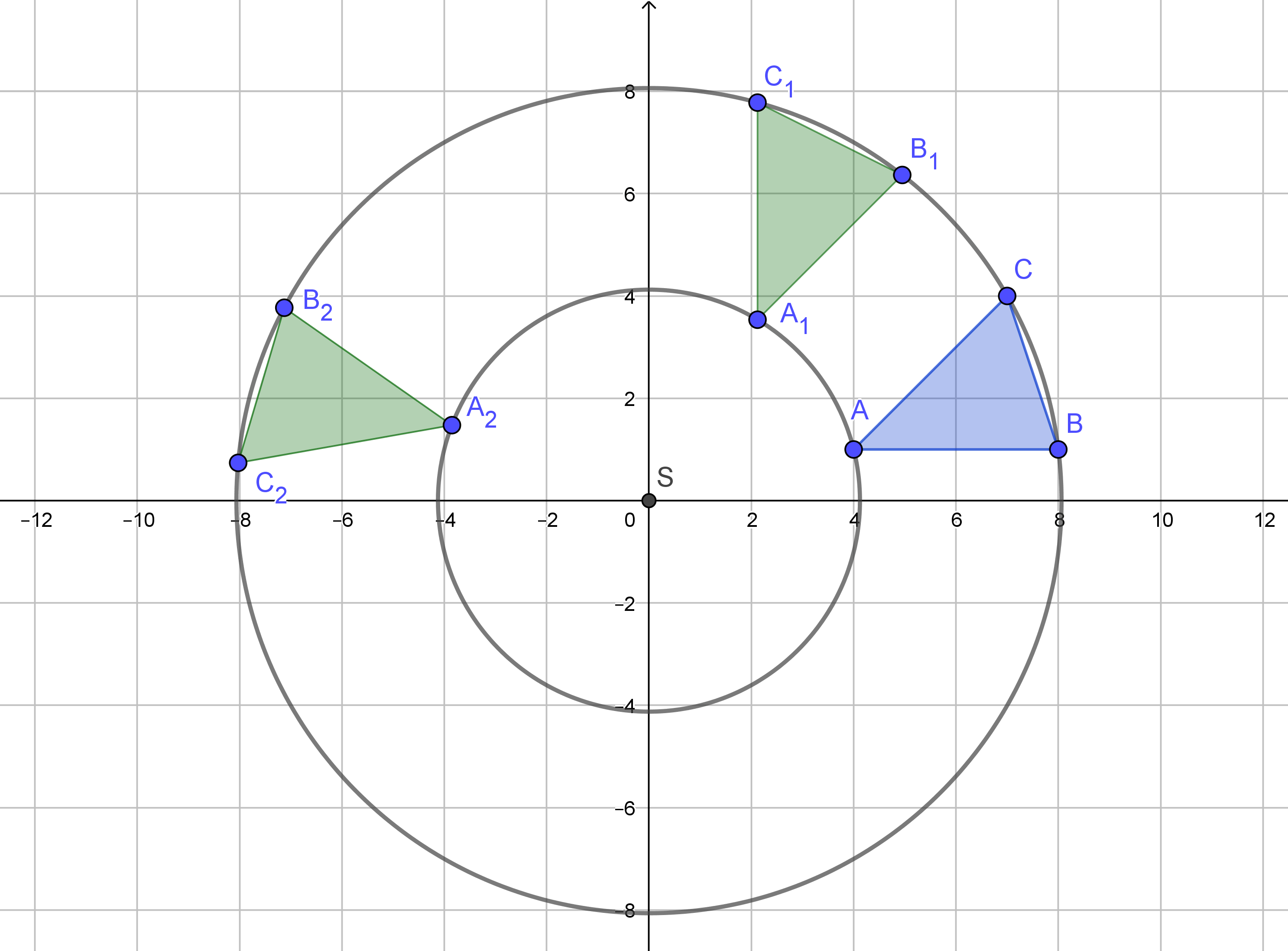 A transformation in which a geometric figure is reflected across a line, creating a mirror image. That line is called the axis of reflection.

How to draw an image of this transformation?

The plane is transformed one point at the time. Take the point $A$, through it draw a line perpendicular to the axis of reflection, let’s call it line $p$. Measure the lenght of the point $A$ from the intersection of the line $p$ and the aixs of reflection, let’s call this point $S$, the image of $A$, the point $A’$, must be on the line $p$ and $|SA|=|SA’|$. Repeat the same for the other two points and then connect the corresponding ones to get a triangle. 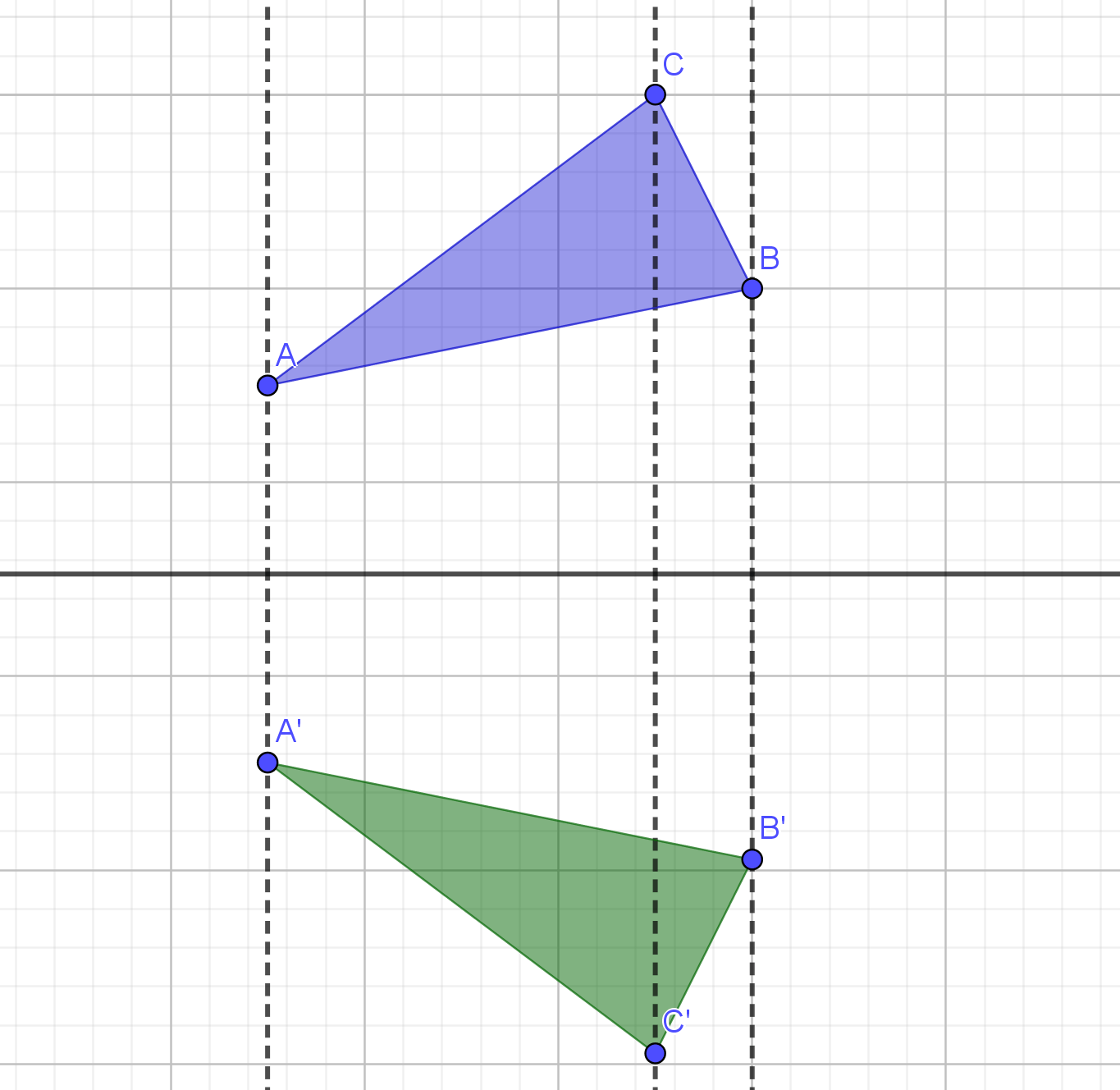 A glide reflection is a composition of two transformations : reflection and translation.