Numbers are mathematical objects that are used for mathematical operations (procedures that take one or more numbers to produce a number as a result), as well as for counting, measuring and labeling. Numbers are represented by numerals.

As it is the case with most tools (mathematical or other), numerals were developed out of need (in this case – probably to represent quantities). The first evidence of that is the use of the tally system, which was not very practical for use with large quantities.

Depending on how many numbers are being used in an operation, we divide them mostly into two groups: unary operations and binary operations. 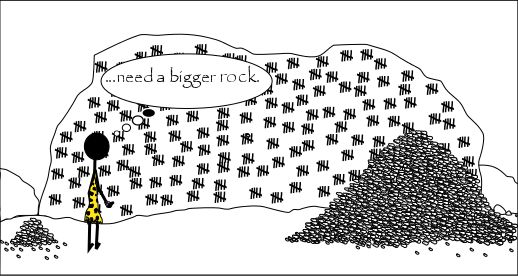 The tally system is a unary system (in this case unary means that a single symbol represents a single unit of whatever objects are being counted). After some time, unary systems were replaced by the next step in the development of numeral systems – the sign-value notation. The innovation in sign-value notation was the introduction of special symbols which represented larger quantities. In other words, these symbols replaced whole groups of tally marks (usually five, ten or a hundred of them) and that made representing and calculating with large numbers a lot easier. One of the examples of such a system is the Roman numeral system.

The next major advancement in this field was the development of positional notation. The value of digits in a positional system depends on the digit itself, its position within the number, as well as the base of the system. The base (or radix, as it is sometimes called) is the number of unique digits (number zero included) that are being used in the particular numeral system. Babylonian numerals, developed around 3100. B. C., are credited to be the first positional numeral system ever. It was built around the base $60$, which means that it used 60 different digits to represent different numbers (although the Babylonians didn’t have a symbol for zero, they just left an empty space where wasn’t a digit present in a certain positional value).

Positional numerical systems are widely in use today. The most used one is the Hindu-Arabic system of numerals or, more simply put, the one most of us recognizes as numbers. It is built around the base $10$ and it came to Europe in the tenth century A.D., from where it has spread all over the world.

When it comes to numbers themselves (rather than the symbols we use represent them), different types exist and they can be organized into sets called number systems.

Natural numbers (marked by the symbol $\mathbb{N}$) are the ones we know best – the counting numbers – $1, 2, 3, 4, 5, 6…$ etc. Sometimes, they also include the number zero but then exist problem with dividing by zero.

Irrational number is number that cannot be expressed as a ratio of two integers. Irrational numbers, when written as decimal number, do not termine. (like $\sqrt{2}$, $\sqrt{3}$, $\pi$, …)

Now, we have sets of numbers and we can imagine that sets like: 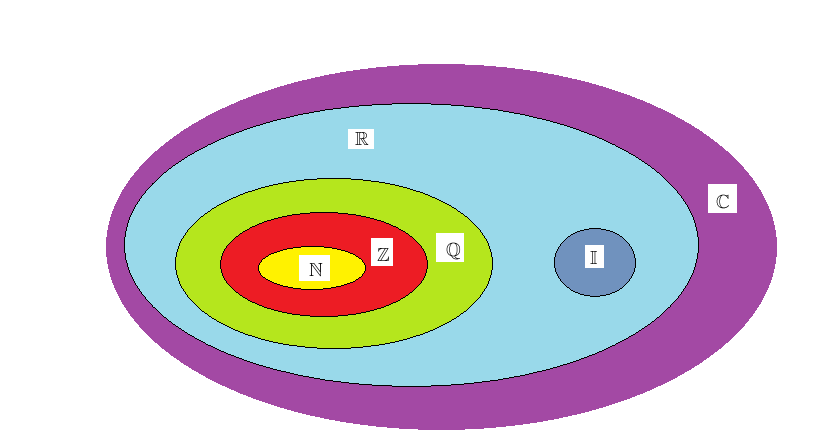