Naming decimal places can be defined as an expression of place value in words.

Apart from integers whose value has to be greater than “negative infinity” (symbol: $-\infty$) and smaller than “positive infinity” or just “infinity” (symbol: $+\infty$), there are also decimal numbers that represent the number of equal portions between two adjacent integers (adjacent integers are numbers that have been placed before and after the representing number). A decimal number is made of an integer part, placed on the left side of a decimal point, and a fractional part, placed on the right side of a decimal point. As a matter a fact, decimals are numbers which tells us how many parts of a whole we have. We use them to mark measure units of things that are not completely whole. 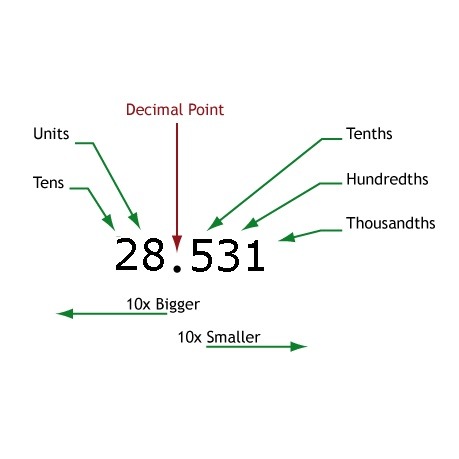 Decimals are numbers which tells us how many parts of a whole we have. We use them to mark measure units of things that are not completely whole. 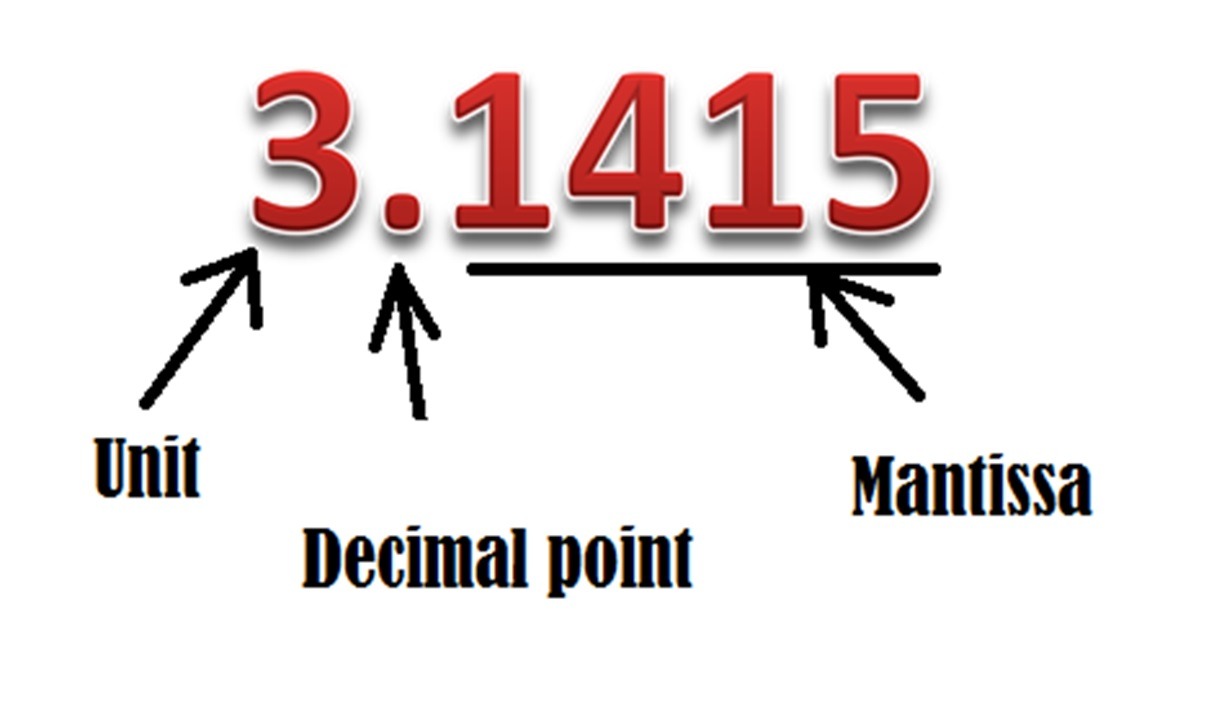 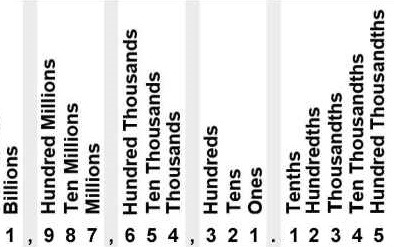 There are larger and smaller place values, but these ones are used the most. It doesn’t matter how large the number of digits is, they can be read and understood with ease. Test the knowledge with worksheets.

Addition of decimal numbers is pretty much the same as the one with the whole numbers, only with a decimal point.

Write one beneath the other, in a way that the decimal points align. This is the most important step; this is how you know which parts you’re adding.

As in any other addition you start from the left, and if you gain more than ten you simply transfer one to the other side. The same goes for the subtraction.

This means that in the number $3870$ we have to put the decimal point in the third place from the right.

This leads us to our final solution:

You multiply as you always multiplied, but just when you finish take down the decimal point: 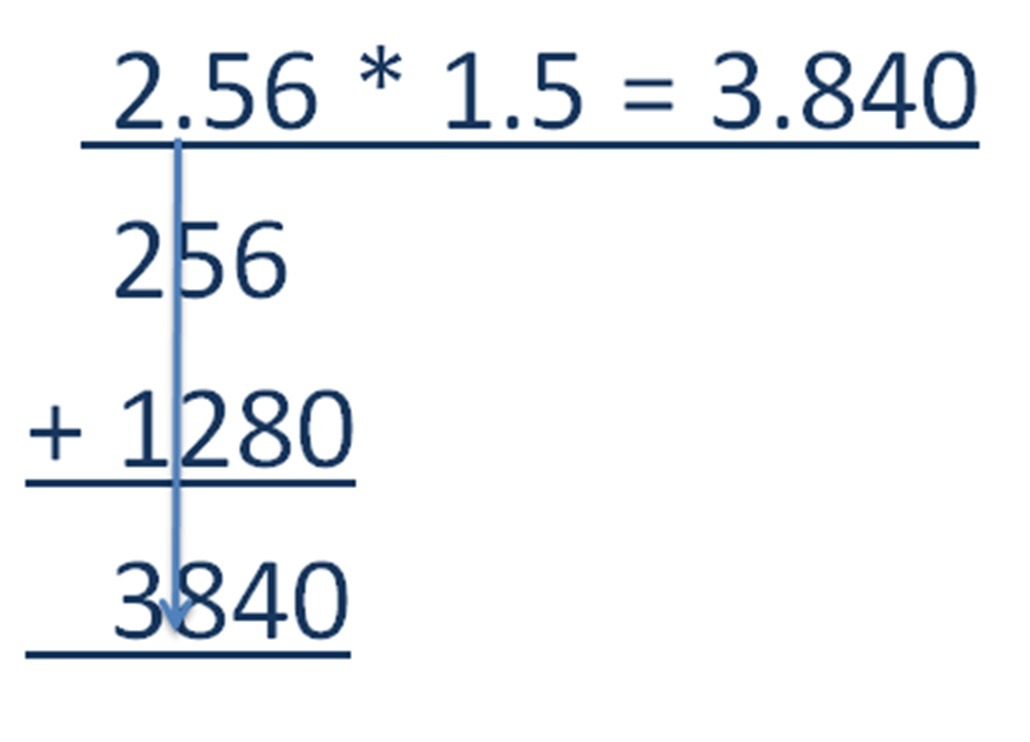 The quotient won’t change if you multiply each number with the same number. This means that you can transform your decimal numbers into whole numbers, and with them you already know how to calculate.

How about when you have two whole numbers, but divisor is greater than dividend?

As you already know, one does not contain any two’s. this means that our decimal number will be something in a form of $0.*$

This is the point where you put a decimal place behind that zero, and then you simply add zeros to the left side and continue your division. We can do that because we know that every whole number can be written as a unit and infinitely many zeros behind the decimal point, which means that our one becomes $1.0000$ as many zeros we need.

Let’s explain decimals in an example.

You’re eating in a restaurant and order a pie. Now you have one whole pie. 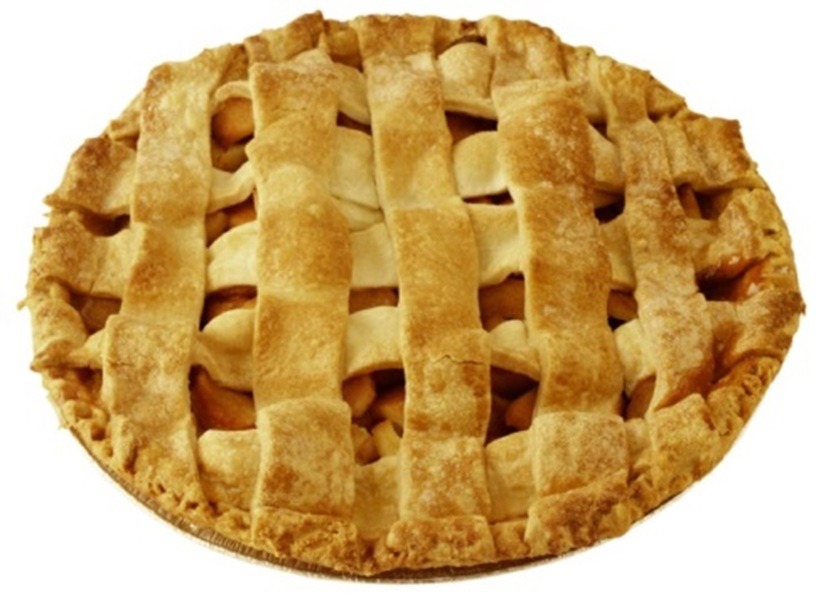 How many pies do you have if you eat one half? 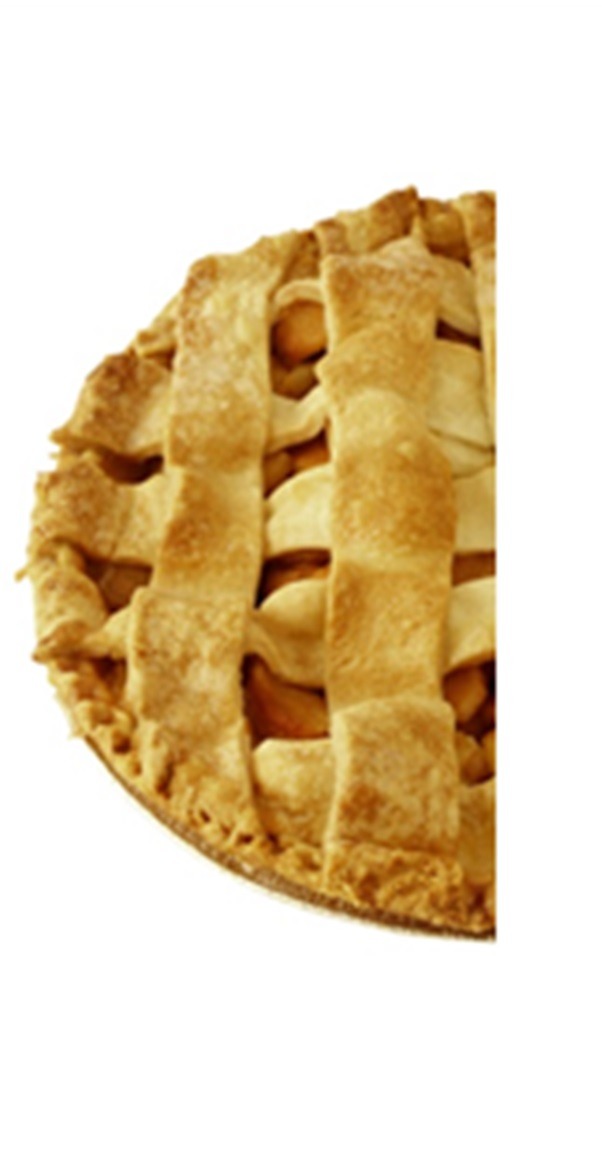 As you know you have one half, or $\frac{1}{2}$ pie, now you have to transform it into a decimal. Since we learned that this should be easy.

And if you buy another pie, how many pies in decimals do you have?

Let’s remember how we could write any whole number using decomposition in thousands, hundreds, tens and ones.

What if we try to do that with decimals?

That is the rule:

Considering this, we can manipulate decimal numbers in any way we want.

How do you do that?

Any decimal number can be written as a fraction whose numerator and denominator are whole numbers. The easiest way to remember this is: as many decimal places does your number have, that’s how many zeros in a denominator you’ll have:

One decimal is greater than the other if one has greater value.

How would you know which one is greater?

You simply go by the decimals and the first different digit will tell you. If that digit is greater than the other one, than that whole number is greater.

Here we have no problem, because the numbers differ in the first digit which means that $C > D$

On first look you might thing these two numbers are the same, but be careful about the position of the decimal point. $E > F$.

Decimals on the number line

Decimal numbers are, just like whole numbers, divided on the positive ones, and negative ones.

Positive decimal numbers are found on the right side of the point of origin, and negative ones on the left.

Between any two numbers on the number line lies infinitely many decimal numbers.

The safest way to be precise about placing a decimal number on the number line is to convert it into a fraction.

As we already learned we can transform this number into a fraction:

This means that this point is $\frac{1}{4}$ away from the point of origin to the right. First we’ll divide our segment from 0 to 1 into four parts and take the first dot.