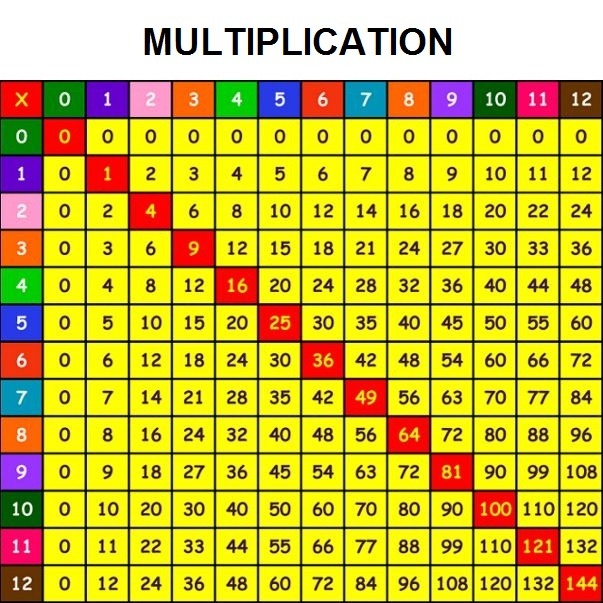 The result of a multiplication of two numbers is called a product.

The numbers we multiply are called the factors.

The first factor is called the multiplicand and the second is called multiplier.

Two-digit numbers are composed of numerals  ones and tens.

We are going to start with an example of multiplication of number $8$ with $53$: 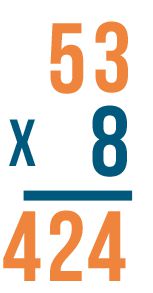 We started by aligning the multiplier, number $8$, with the number $3$. Then we multiplied each digit of the multiplicand.
We wrote the “ones” digit of each product in the result. If the number has “tens” digit then it will be carried and added to the next product.

Now, we will move on to the multiplication of two-digit numbers.
Let’s take a look at the next example. We will multiply number $71$ with number  $56$: 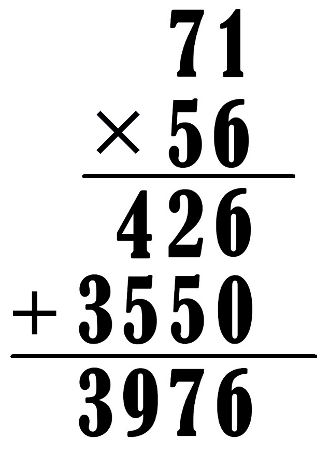