Before we define linear function let’s first define few terms. We all know what a number line is, but now we’ll have to go a step further and define a number plane.

A number plane has two axis, horizontal and vertical. Vertical is called the $y$-axis, and horizontal $x$-axis. It is also known as Cartesian plane. 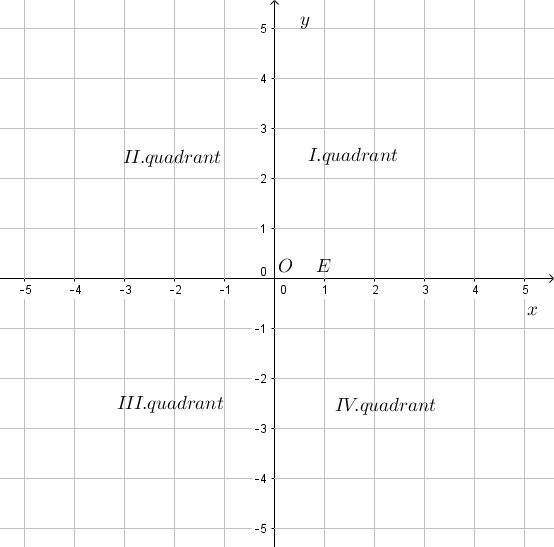 Linear function is a function given by a rule $ f(x) = a \cdot x$, where $a$ is from $a$ set of real numbers. In our examples $f (x)$, placed on the bottom of this lessons, will be replaced with $y$. In this rule, $x$ is the changeable variable. That means that you can take any numbers in the place of $x$ and get yourself an ordered pair of numbers. Every function is represented by a graph. A graph is a set of all ordered pairs that satisfy rule of a function. For linear functions that graph is a straight line that goes trough the $(0, 0)$ coordinate. There are two parts of every linear function, the dependent variable, or $f(x)$ in this case, and independant variable, $x$. This only means that you take x arbitrarily, and your $f(x)$ depends on your choice.

Example: Draw a graph of linear function: $f(x) = 2x$
First you have to make your dependant/independant variable table.

This is how it will usually looks like. You only need two points to make a line, but for precise in drawings, this time we’ll take three points. 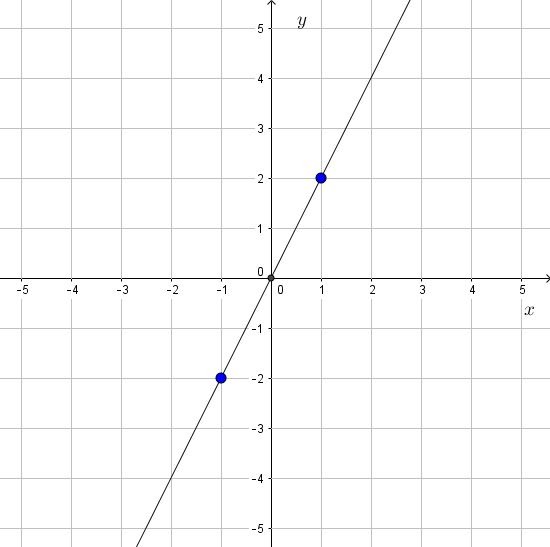 Now we have linear function graph which is a line.

The number infront of variable $x$ indicates the slope of your line.

The slope of a line is a number that describes steepness and direction of the line.

If we have two points:

A slope ($a$) is calculated by the formula:

Slope is usually marked with an ‘$a$’.

If you are given only a line in a coordinate plane, and you have to calculate the slope, you simply read off two points and put them in a formula.

Again, first we draw the table: 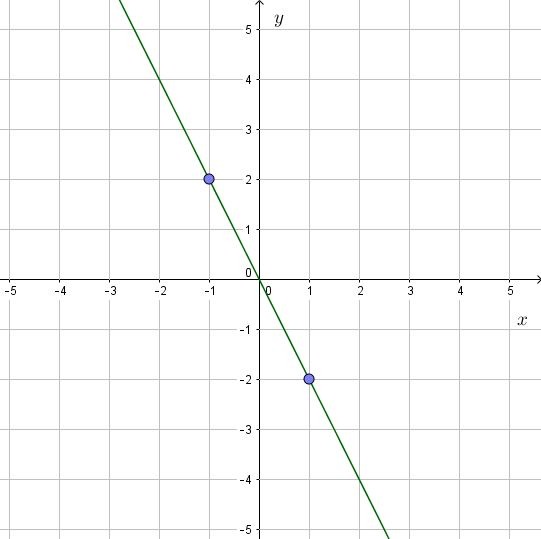 When there is a fraction involved, it is easier to take his multiples so we can get whole numbers: 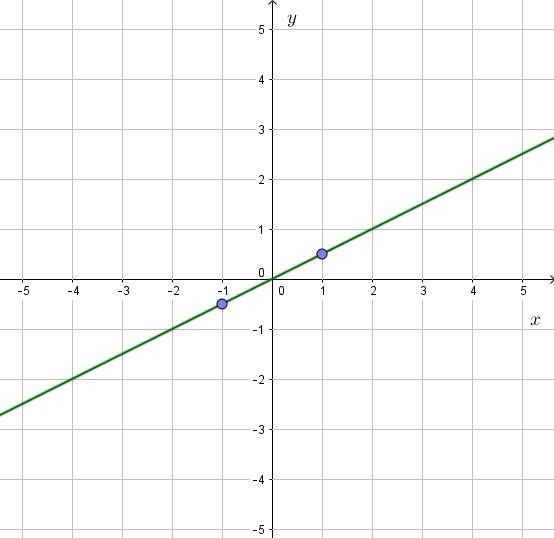 There are two ways you can draw this graph, first one is that you draw $f(x) = x$ and than move all point up for $4$ unit length.

Second one is the same as we used to draw linear functions. 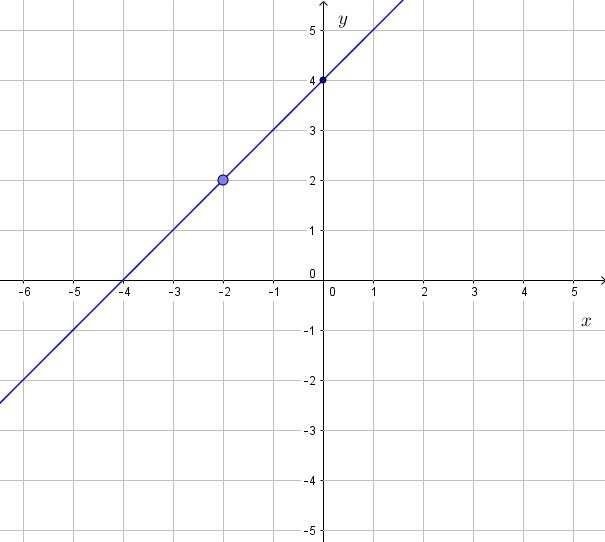 This form of functions is called the explicit form. You can also present it by implicit form: $ax+by+c=0$. You can easily turn int into explicit by turning all but by on the right side, and than dividing by $b$.