Classifying and constructing angles by their measurement

An angle has three parts: a vertex and two rays, sometimes reffered to as arms. 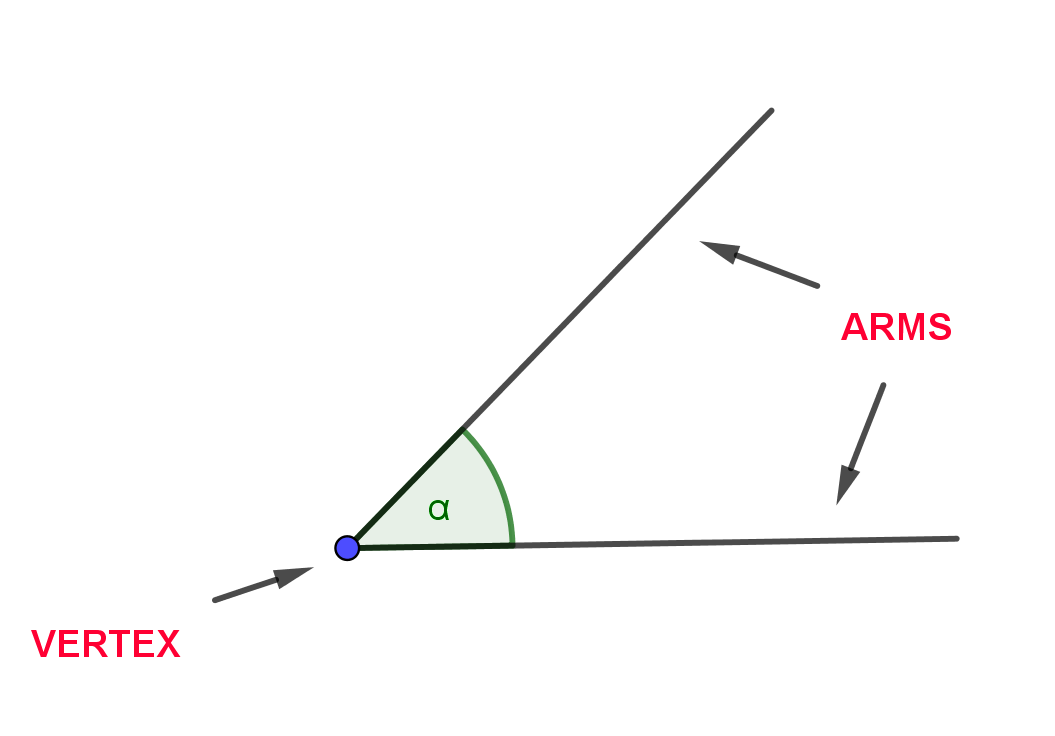 We say that angles are congruent if they have the same measure.

Angles are divided into six groups based on their measure – acute, right, obtuse, straight, reflex and a full rotation angles. 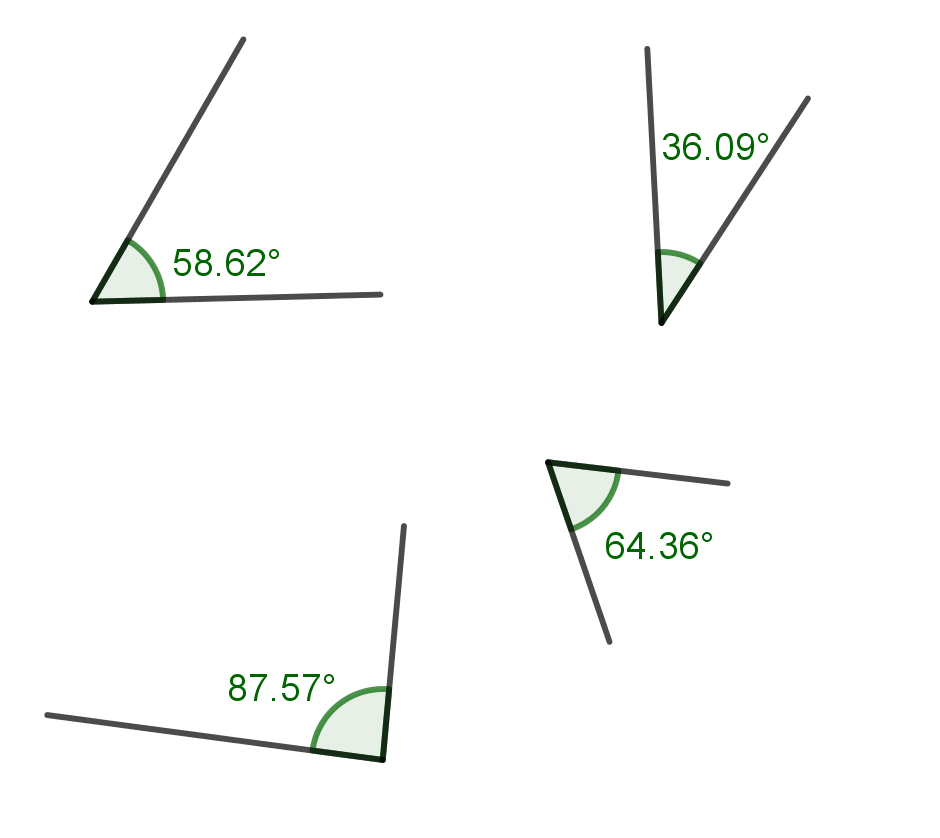 Angles with a measure exactly $\ 90^{\circ}$ are called right angles. 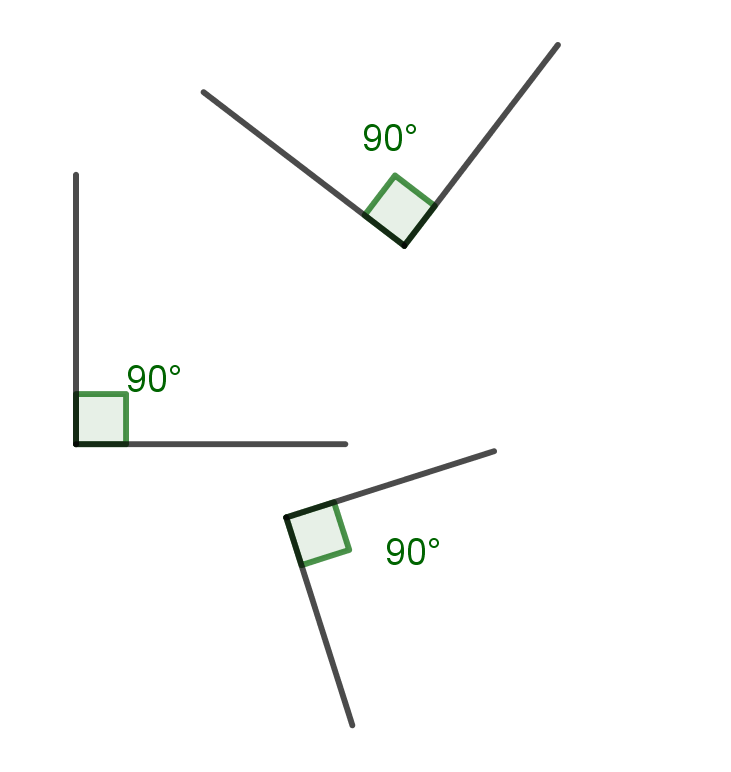 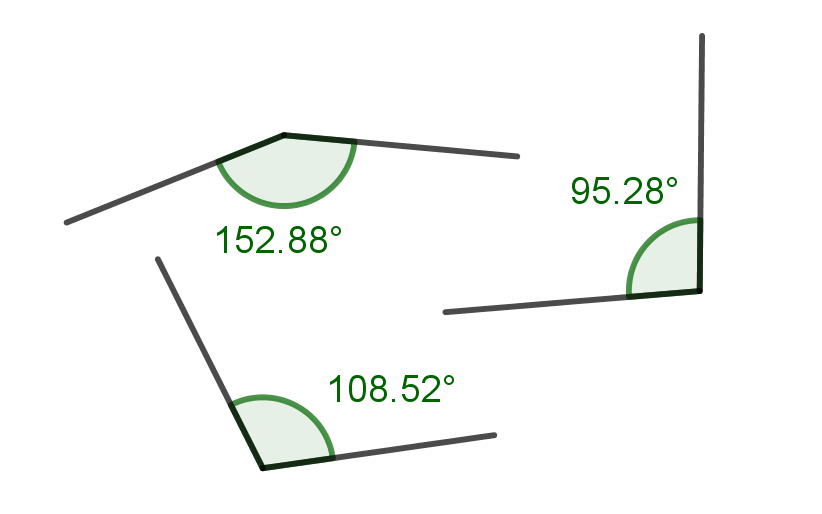 Angles with a measure exactly $\ 180^{\circ}$ are called straight angles. Their arms make a straight line. 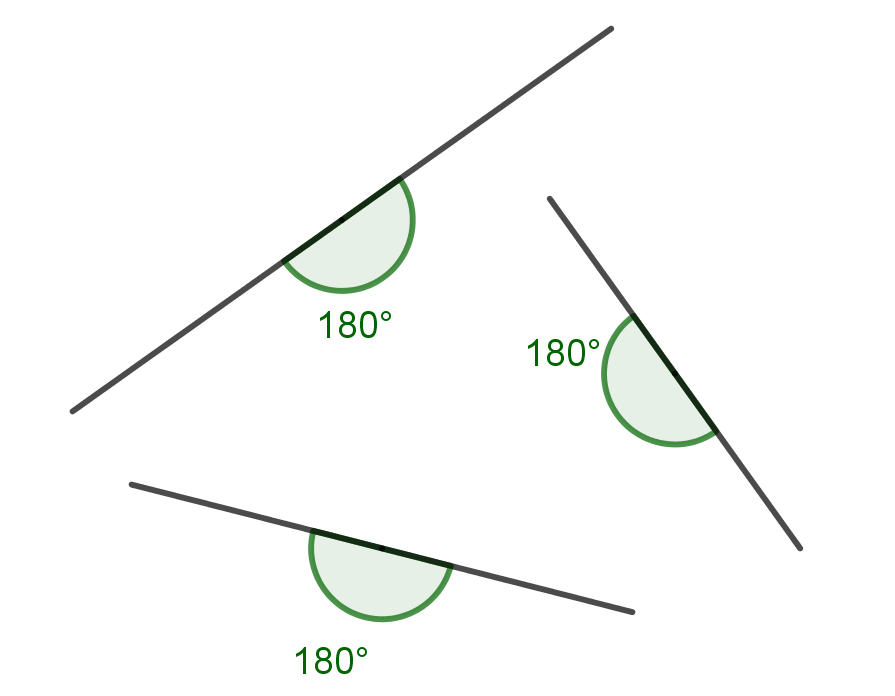 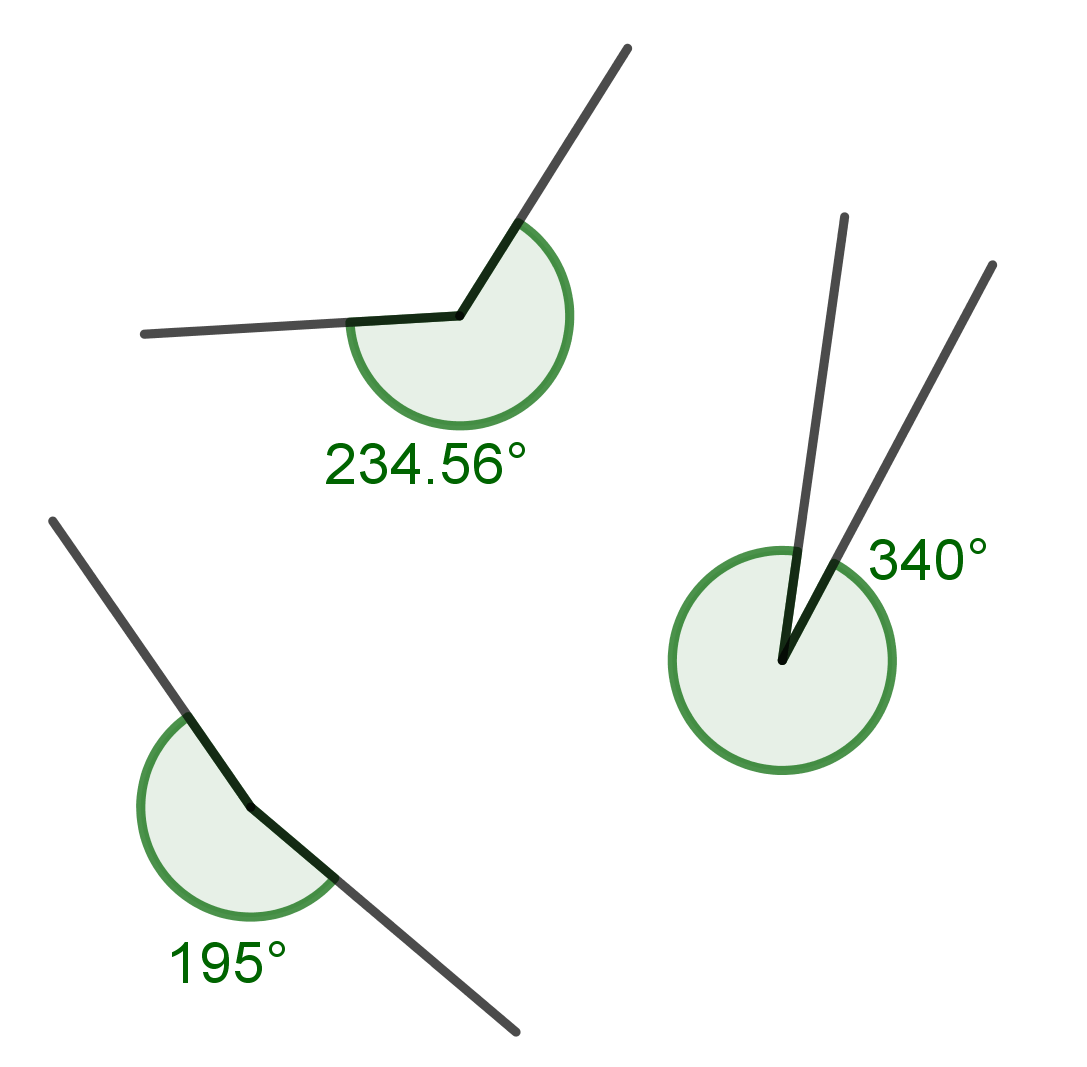 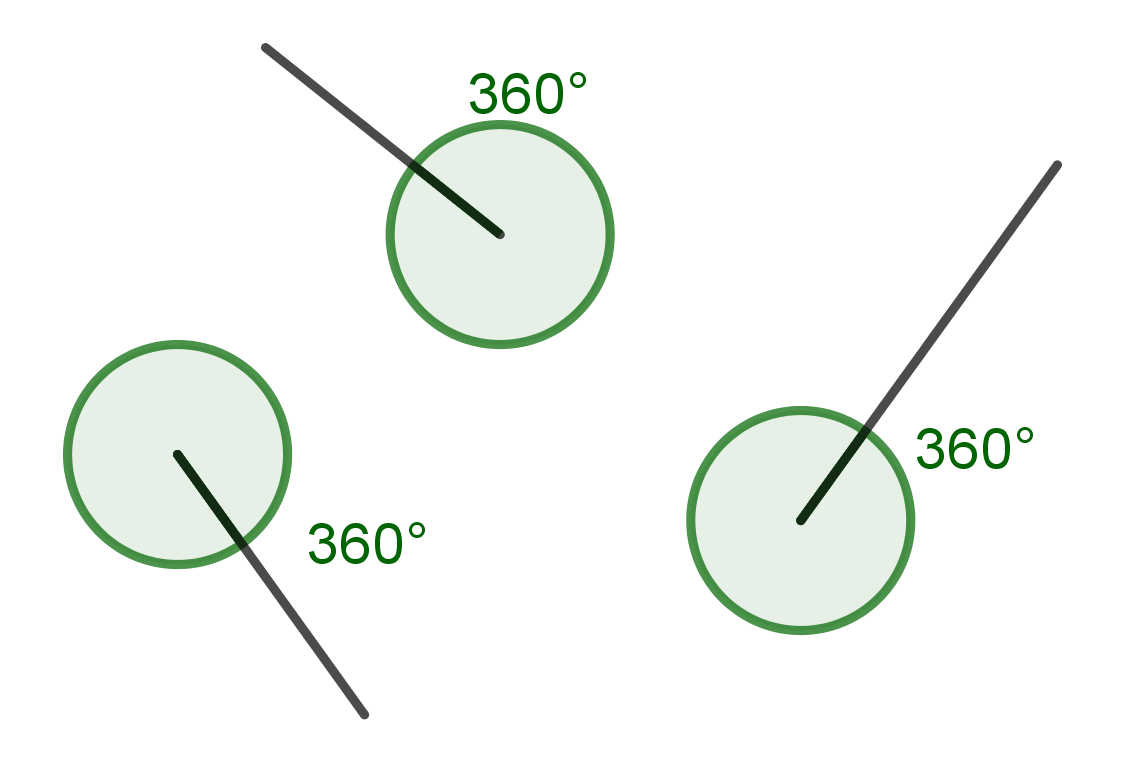 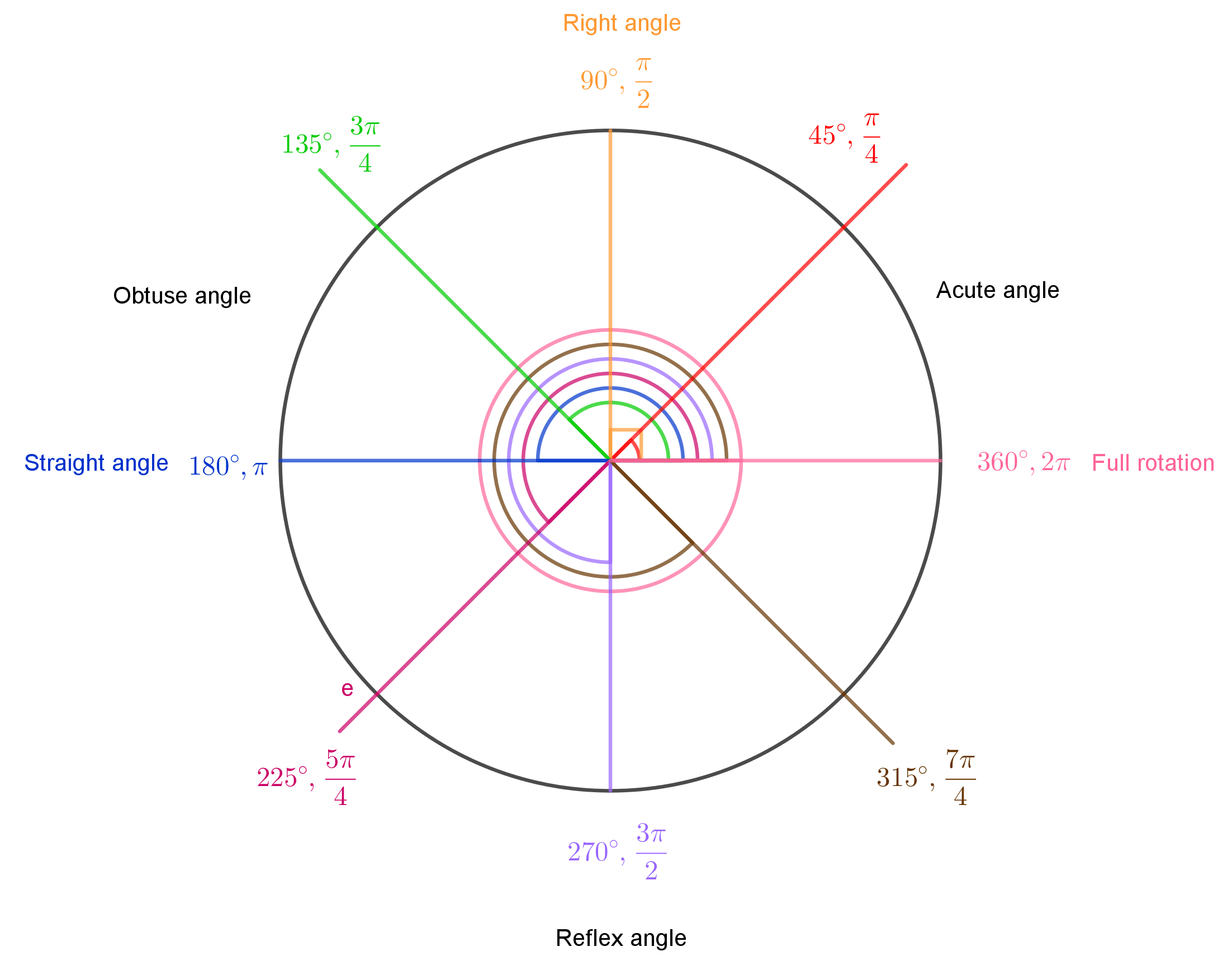 Adjacent angles are two angles that share a common vertex, a common side, but they do not overlap (they don’t have common interior). 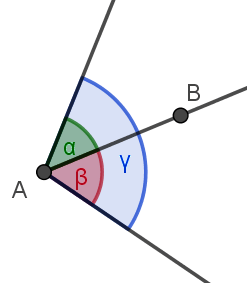 $\alpha$ and $\beta$ are adjacent angles. They have a common vertex $A$ and a common side $AB$.

REMEMBER: for $2$ angles to be adjacent they have to have common both vertex and a side, angles who share a common vertex but don’t have common a side are not adjacent!

On this last image, $\alpha$ and $\beta$ are not adjacent angles, because they only have a common vertex.

A linear pair are two adjacent angles whose non-common sides form on opposite ray (the non common sides lie on the same line). 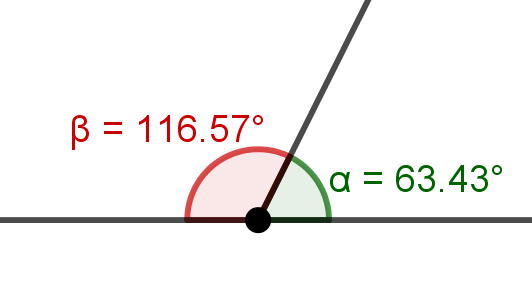 If two congruent angles form a linear pair, the angles are right angles.

Vertical angles are a pair of opposite angles formed by intersecting lines. 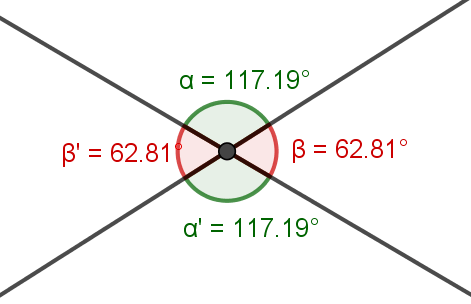 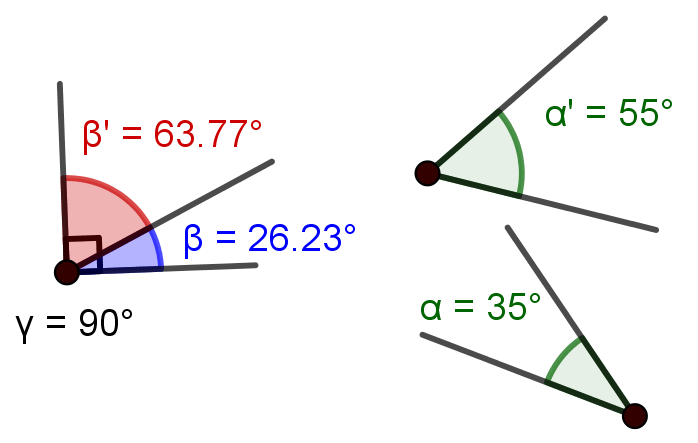 A linear pair is always supplementary .

Complementary or supplementary? How to remember which is which?

This is generalized with a formula:

This is generalized with a formula:

Let’s say you have one ray and its endpoint $A$ and another point on it, point $B$. We want to construct an angle with measure of $60^{\circ}$ in point $A$. This angle is enclosed by side $AB$ and another one we need to construct. Draw a circle around the point $A$, it does not matter which radius you choose. Mark intersection of the circle with side $AB$ with $C$. Now draw an arc, with center in $C$, with the same radius you used to draw a circle. Draw a straight line that goes through point $A$ and intersection of circle and arc, point $D$. Side $AD$ is our second arm of an angle. $\angle CAD = 60^{\circ}$. 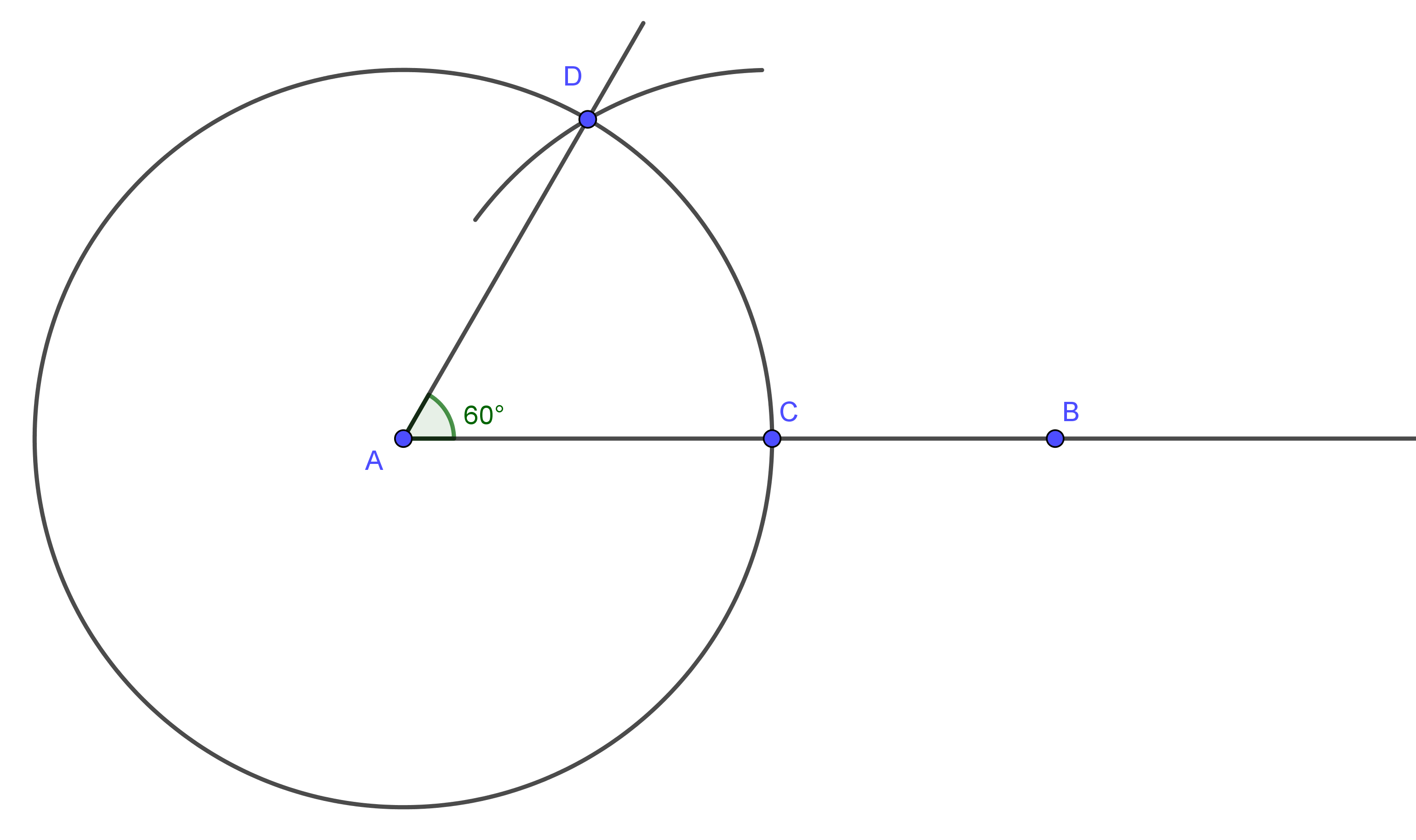 Constructing angle whose measure equals to $ 120^{\circ}$ is very easy since we know how to construct an angle with measure $ 60^{\circ}$. $ 120^{\circ} = 2 \cdot 60^{\circ}$, and that means that we’ll simply construct two angles of $ 60^{\circ}$ and add them together. Put the needle in your compass in point $D$ -intersection of your circle with previous angle and draw another arc with the same radius. 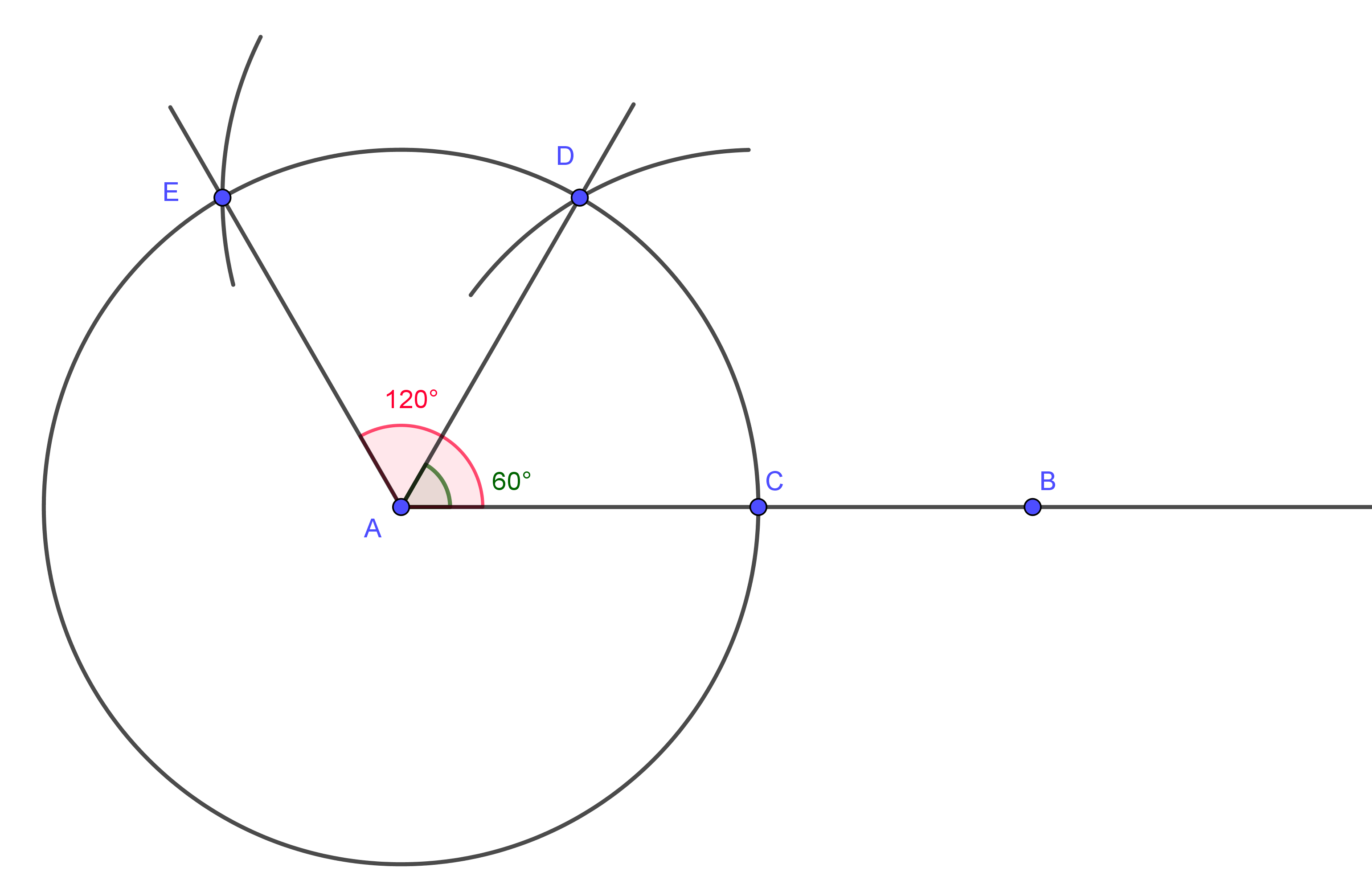 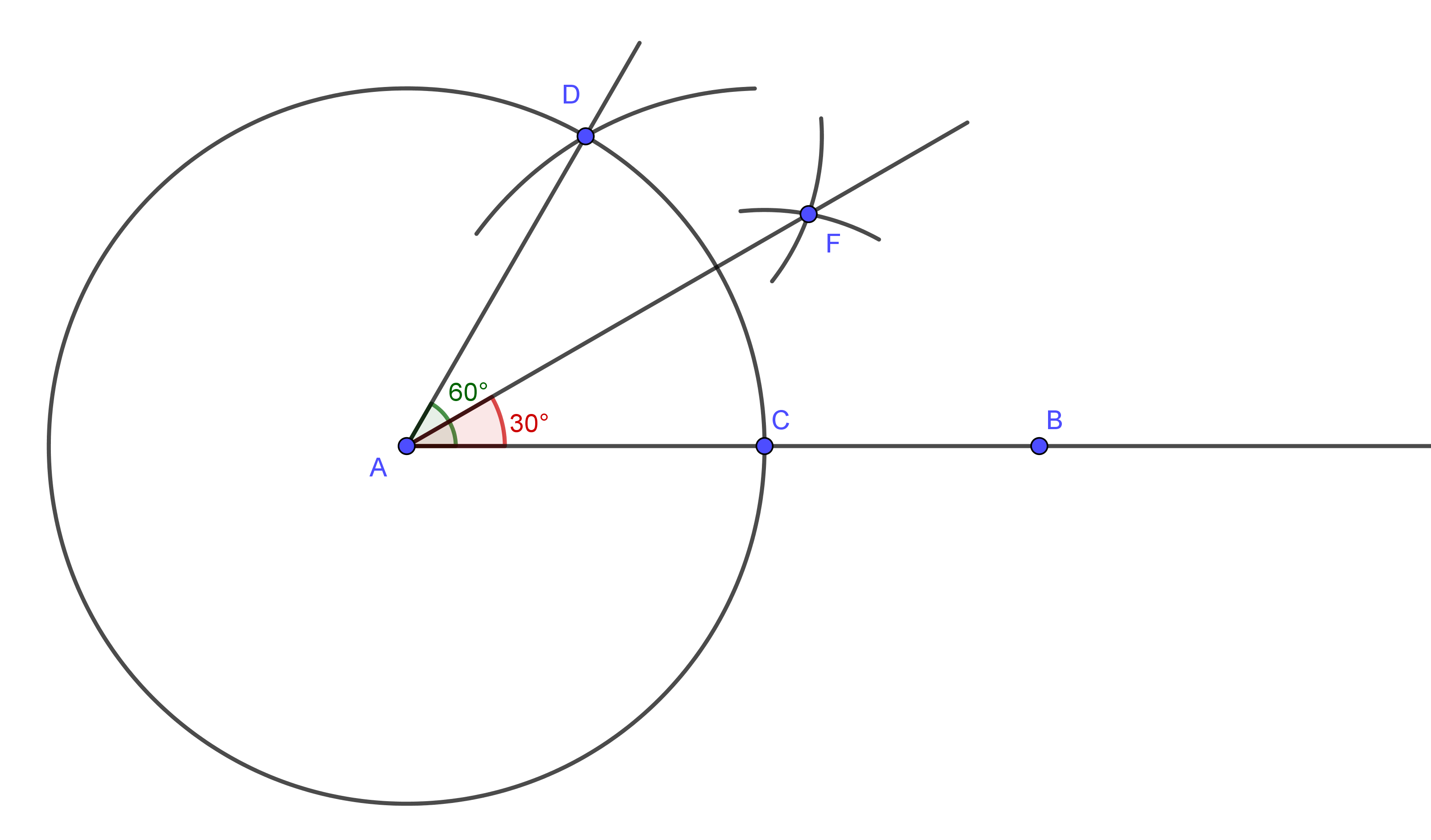 We can construct other angles by combining these three.

If you want an angle whose measure equals to 15ᵒ you’ll simply bisect angle of $30^{\circ}$.