Graph of the sine function

Next, find the zeros. Zeros are the points where your graph intersects x – axis. Look at the unit line. Where is function sine equal to zero? 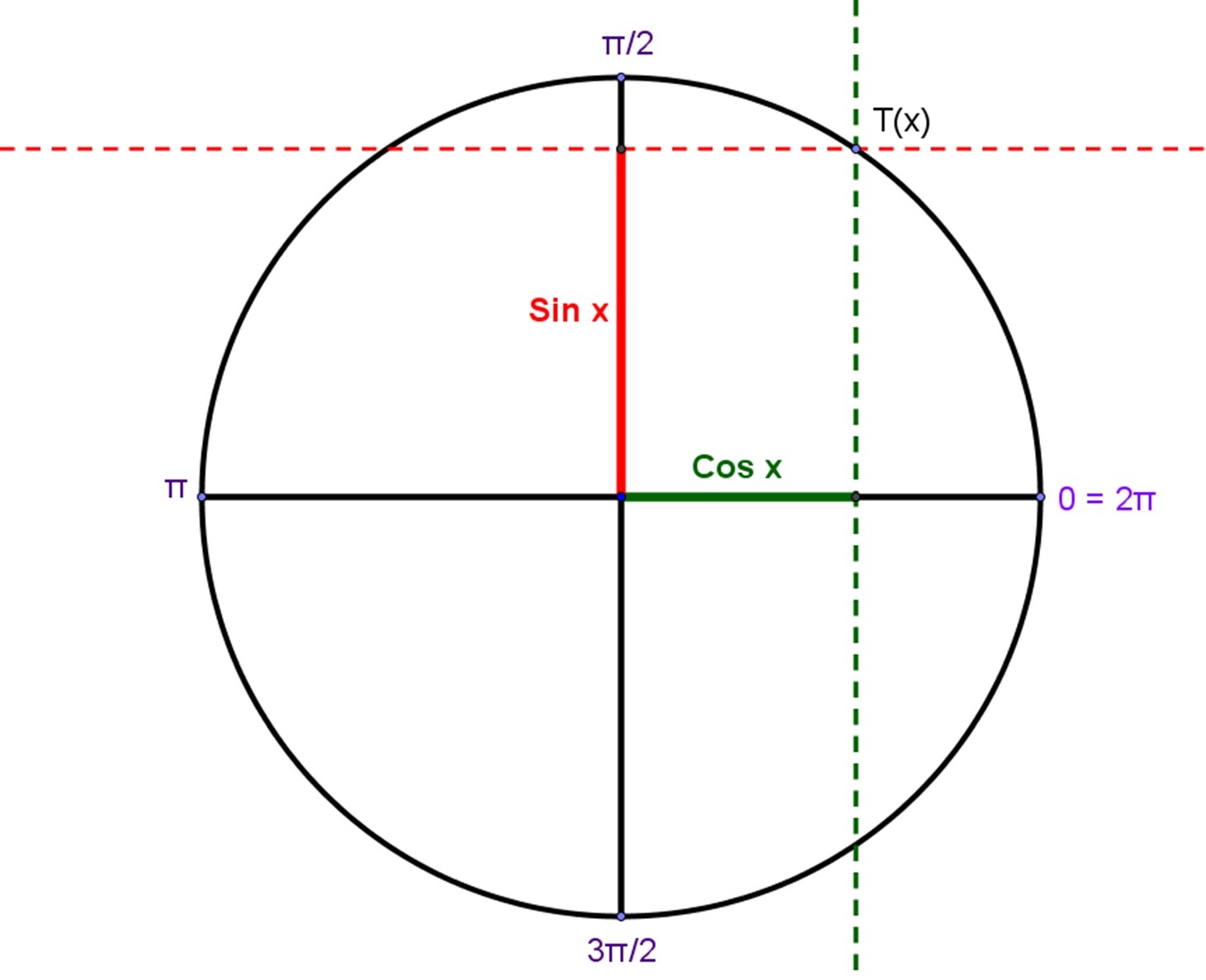 $ Sin(x) = 0$ where x – axis cuts the unit line. Why? You try to find your angles just in a way you did before. Set your value on y – axis, here it is right in the origin of the unit circle, and draw parallel lines to x – axis. This is exactly x – axis.

This is what you should have now: 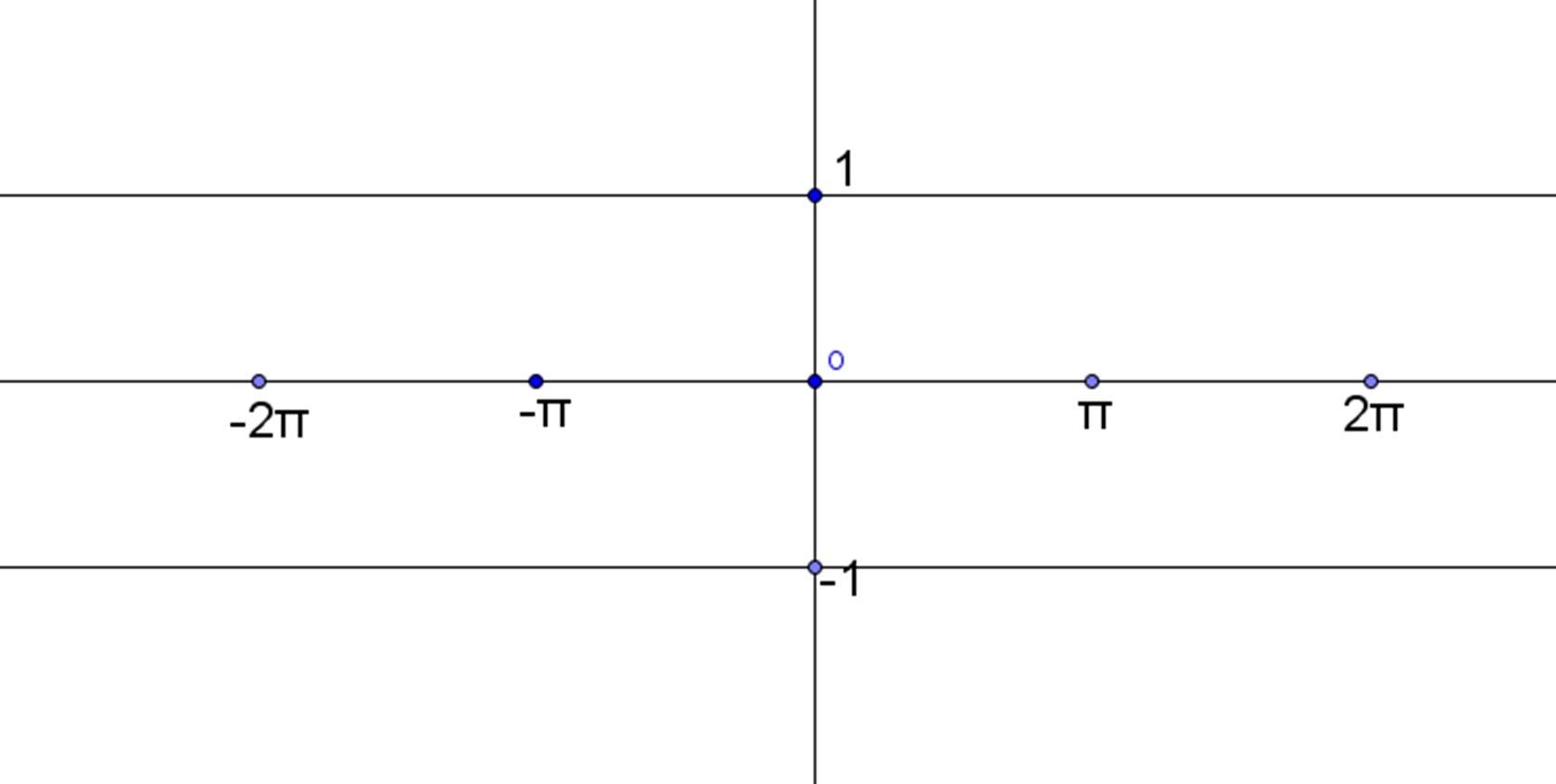 So mark those points on the graph also.

And when you connect your points you should get something like this:

Graph of the cosine function

Graph of cosine function is drawn just like the graph of sine value, the only difference are the zeros.
Take a look at a unit circle again. Where is the cosine value equal to zero? It is equal to zero where y-axis cuts the circle, that means in $ –\frac{\pi}{2}, \frac{\pi}{2}, \frac{3 \pi}{2}$ …
Just follow the same steps we used for sine function.
First, mark the zeros. Again, since the codomain of the cosine is [-1, 1] your graph will only have values in that area, so draw lines that go through -1, 1 and are parallel to x – axis.

And when you connect your points you should get something like this: 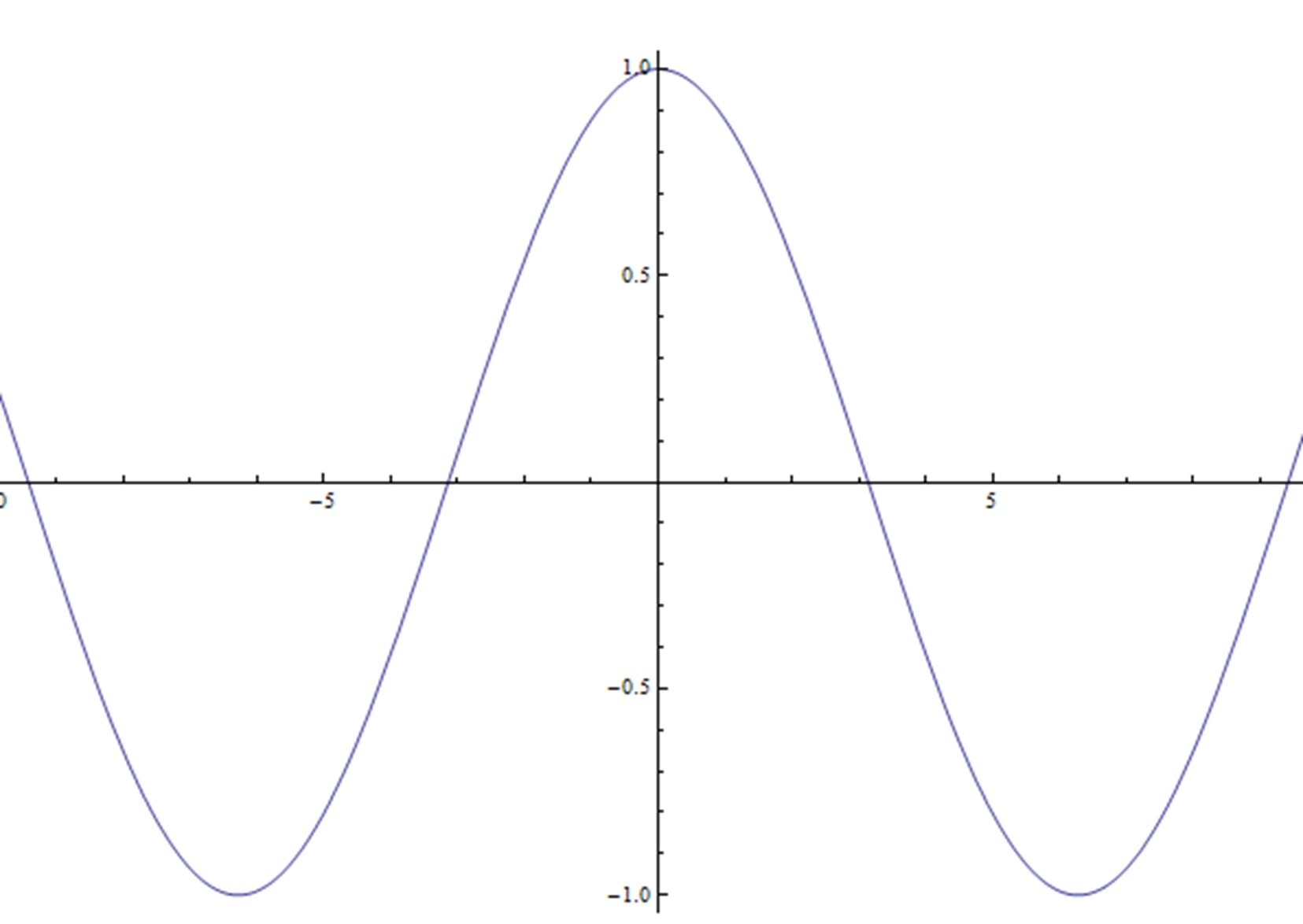 This is best seen from extremes. Take a look at maximums, they are always of value 1, and minimums of value -1, and that is constant. Their period is $2 \pi$.

Now let’s get back to our trigonometry functions.
Function sine is an odd function. Why? This is easily seen from the unit circle. To find out whether the function is odd or even, we must compare its value in x and –x. 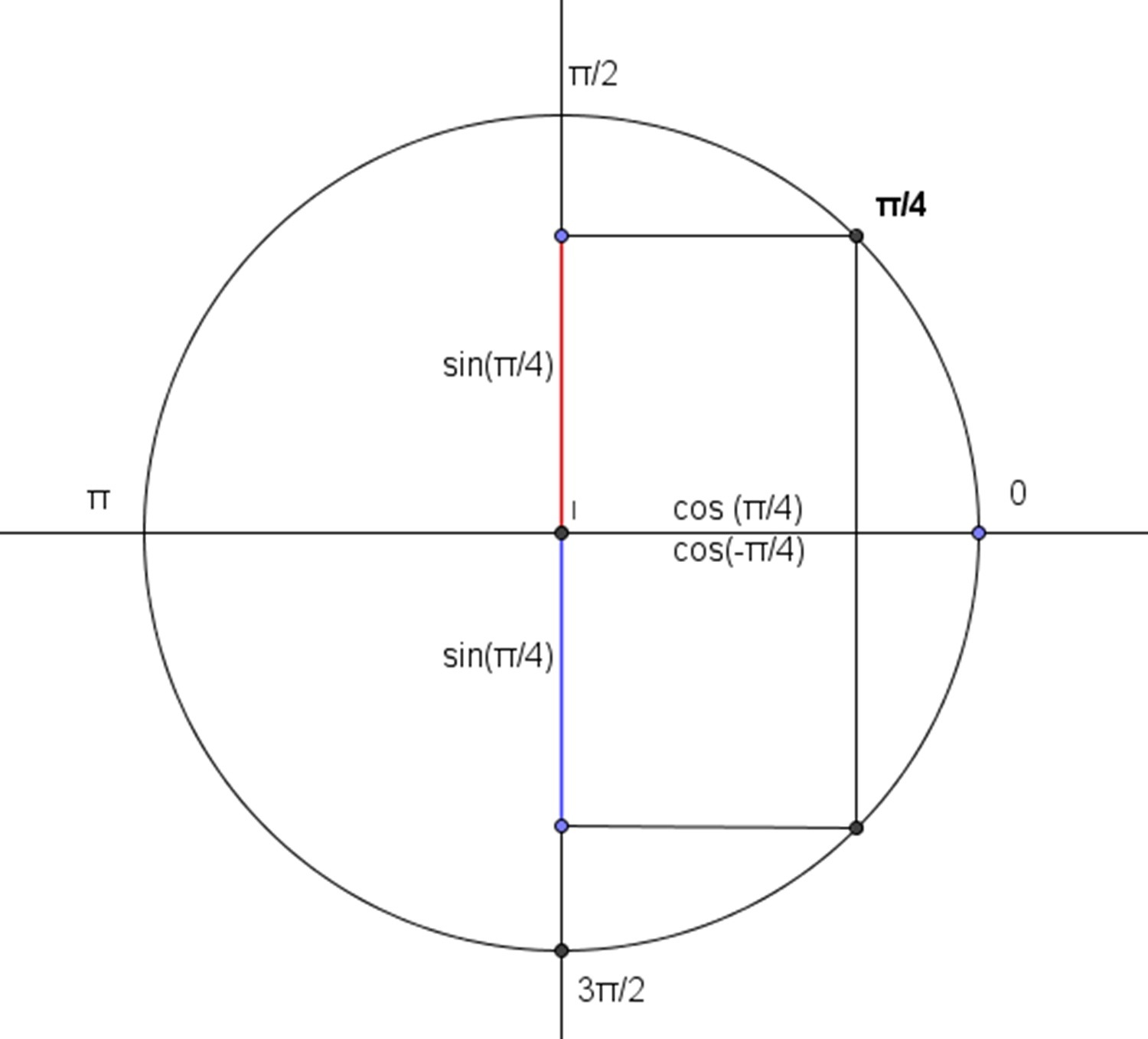 Now take a look at the cosine value: they are equal.

This means that the cosine is an even function.

Tangent is a function derived from functions sine and cosine.

It is defined as

Since tangent is defined as a fraction, he has to have particular conditions about his domain. Denominator can not be zero. This means that the domain of tangent will be whole set of real numbers except the points where cosine reaches zero. Those points are $ (\frac{\pi}{2} + k \pi, k \epsilon Z)$. What does this notation mean? You have all whole numbers k. that means $ {…-3, -2, -1, 0, 1, 2, 3…}$ when you multiply that with $\pi$ and add $\frac{\pi}{2}$ you’ll always have a zero for cosine. It means that on your first π/2 you add or subtract as many π as you want, you’ll always get zero.

Again, conclude how the graph should look from the unit circle. 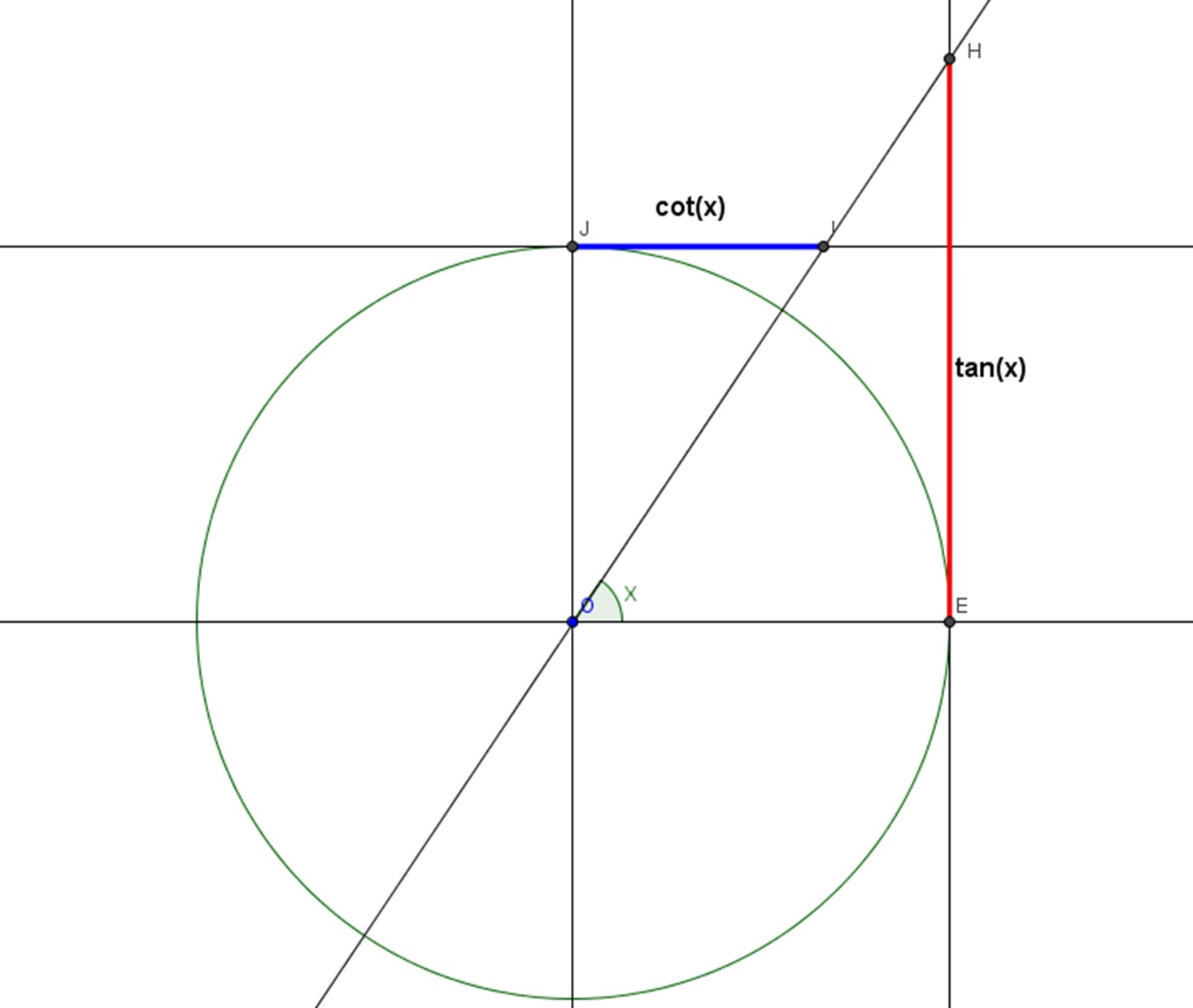 Which value will function tangent reach in points $\frac{\pi}{2}$ and $ -\frac{\pi}{2}$? In these points the line that tells us where the value of tangent is, is now parallel to the other line. That means that in those points their value will be $\pm \infty$.

The zeros of tangent will be the same as for sine (we simply equalize the tangent with zero and solve simple equation).

The lines where the function tangent goes to infinity are called asymptotes. Asymptotes are lines to who functions infinitely approaching but never touch.

This is how it should look now:

Just watch where your function goes to $ +\infty$ and where to $ -\infty$. Remember to help yourself with the unit circle. All you need for the graphs of trigonometric functions are there; you just need to practice concluding from it.

And the final look of the function tangent:

Cotangent is a function derived from functions sine and cosine.

Cotangent is defined as

Cotangent is also function defined as a fraction, which means that the domain of cotangent will be whole set of real numbers without the zeros of the sine function.
Domain = $ \Re / (k \pi : k \epsilon Z)$, codomain $\Re$.

The zeros are the points where value of cosine is equal to 0, and the value where the graph will go into the infinity are in the zeros of sine. Also again draw the asymptotes, the zeros, and watch where your graph goes to the $\infty$ and $ -\infty$. 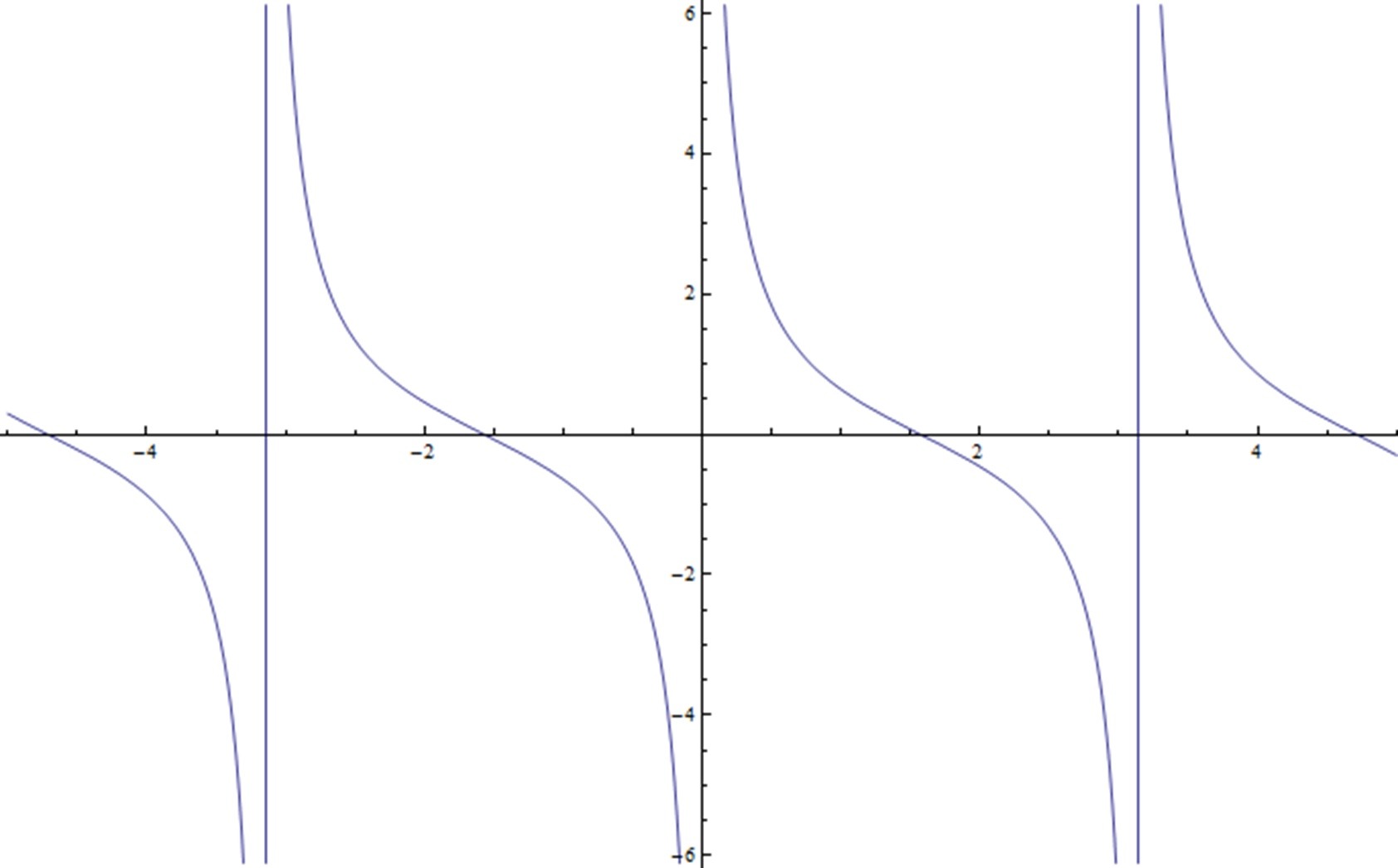 Like any other functions, trigonometric functions can also be altered, they can be translated and be more “dense” or “rare”. 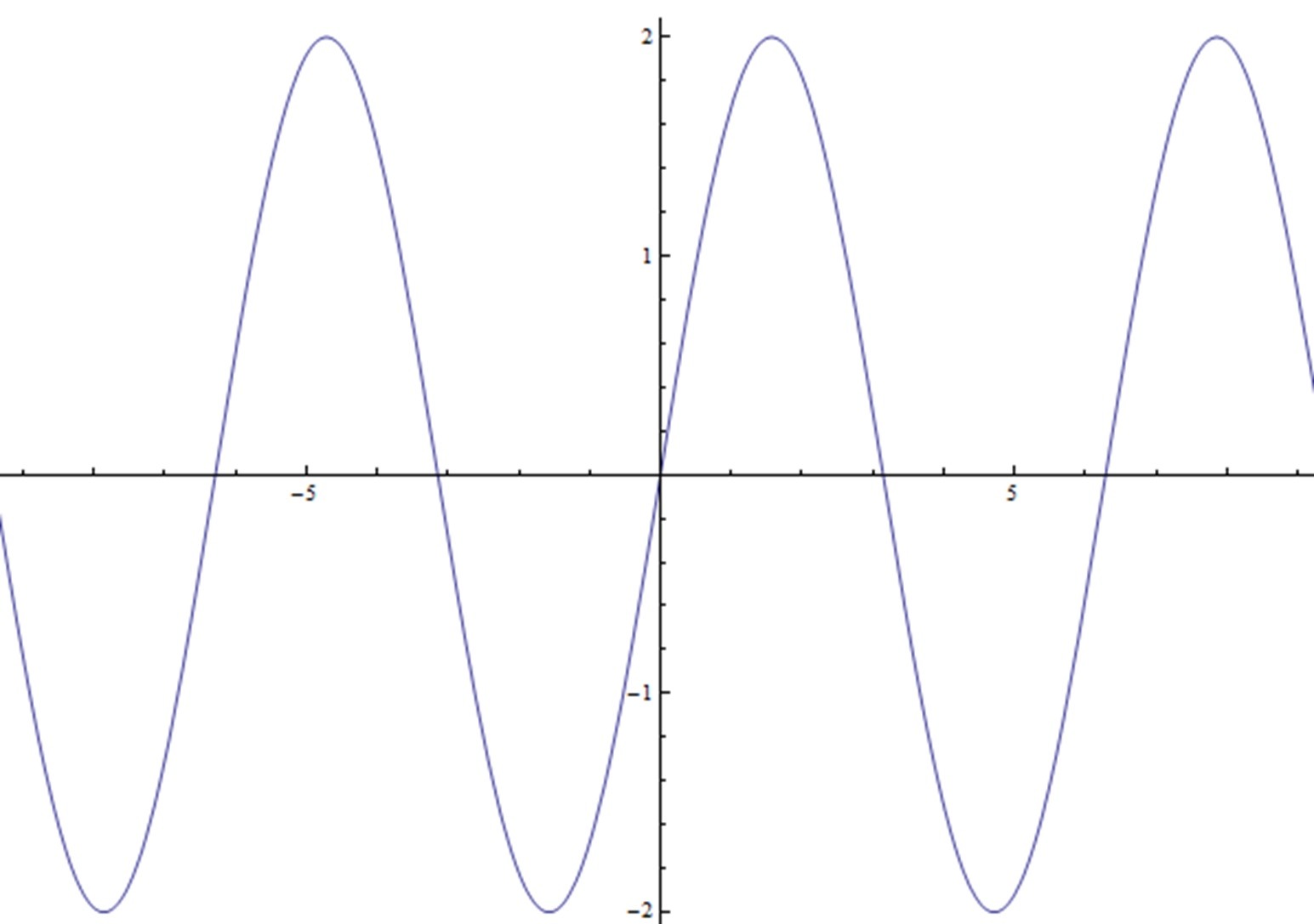 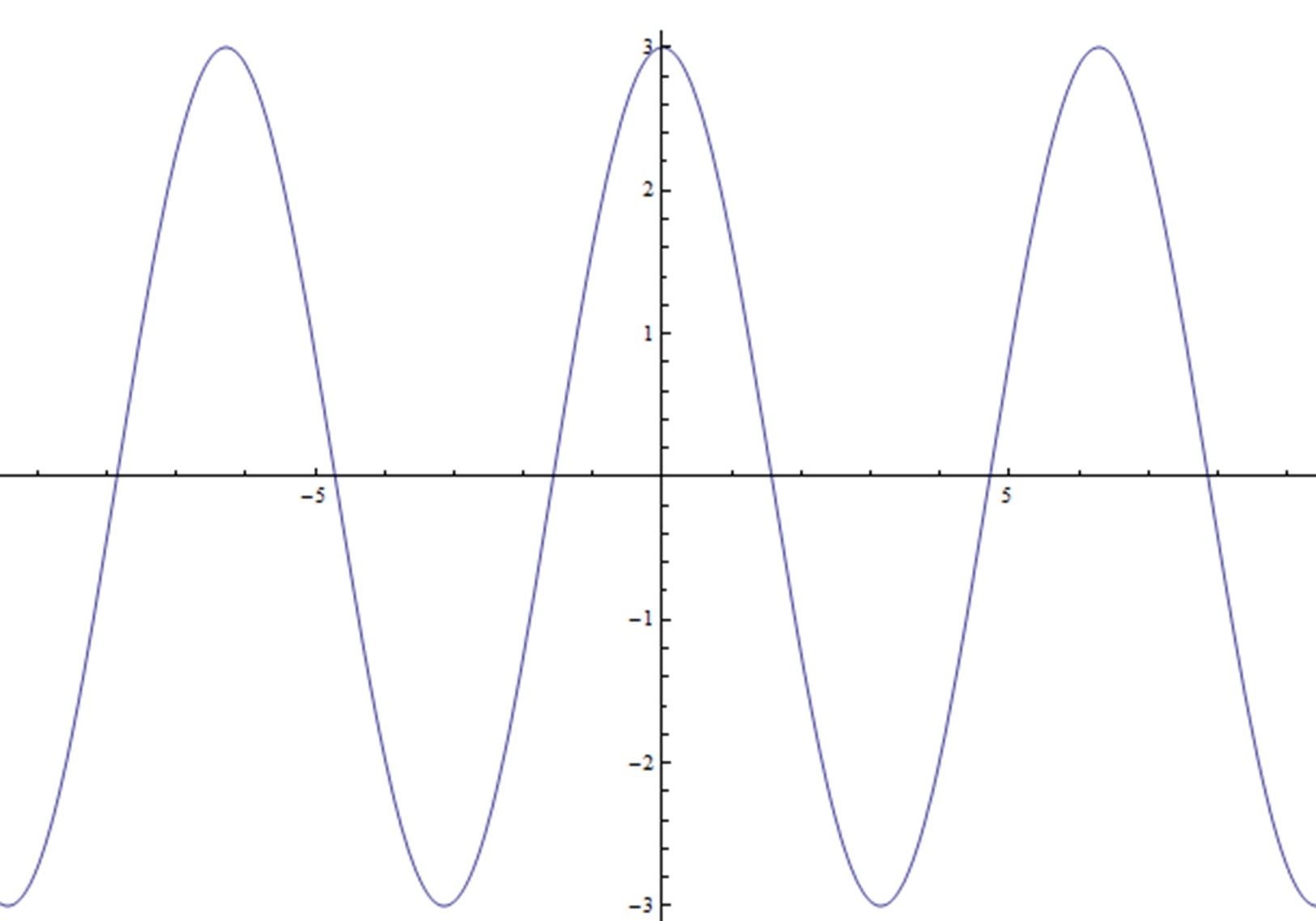 The bigger the argument, the more “dense” your function will be. How to find zeros for this function? Easiest way is to use substitution. 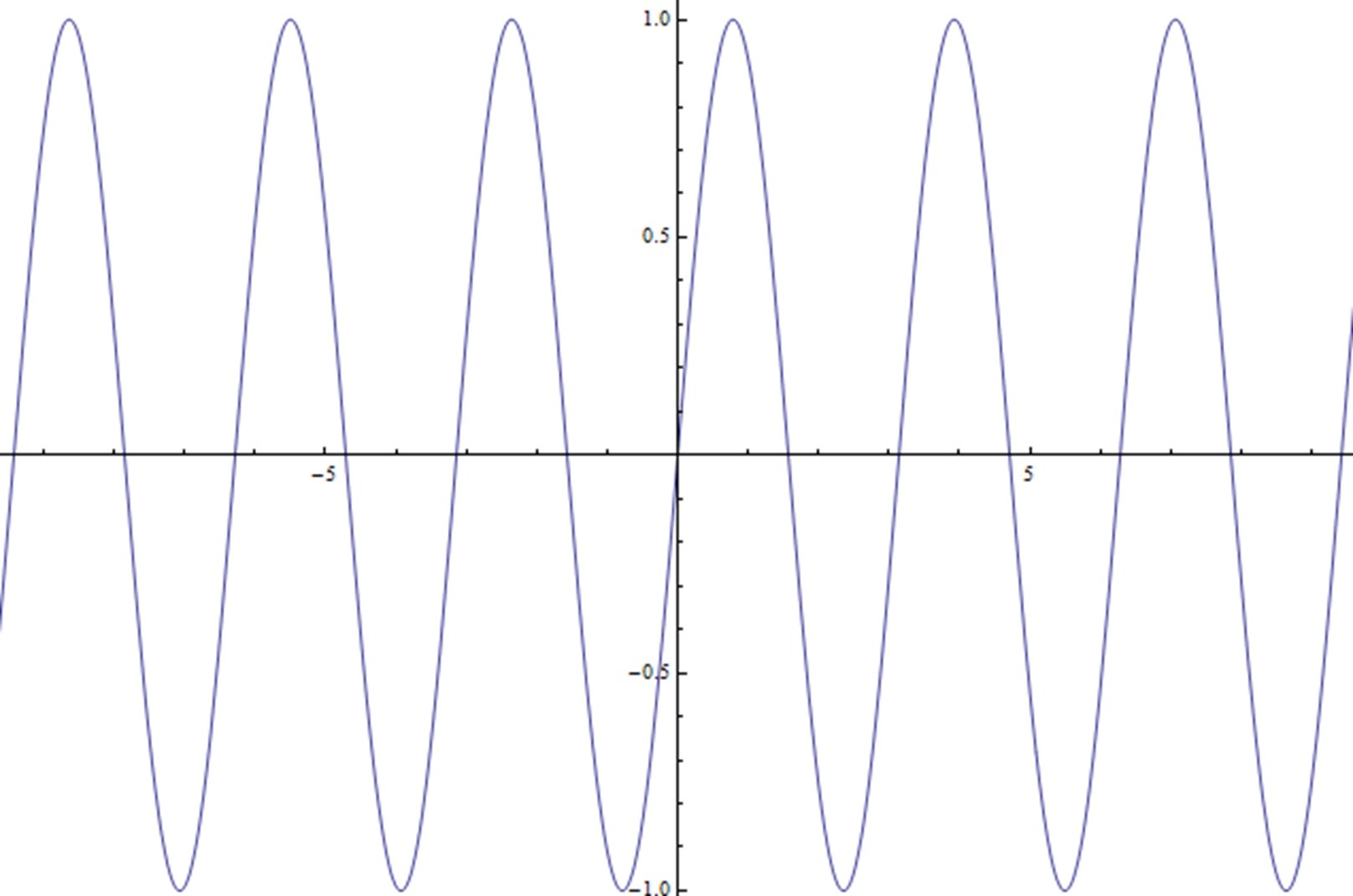 On the other hand, when your “b” is lesser than 1, your function will be more sparse. 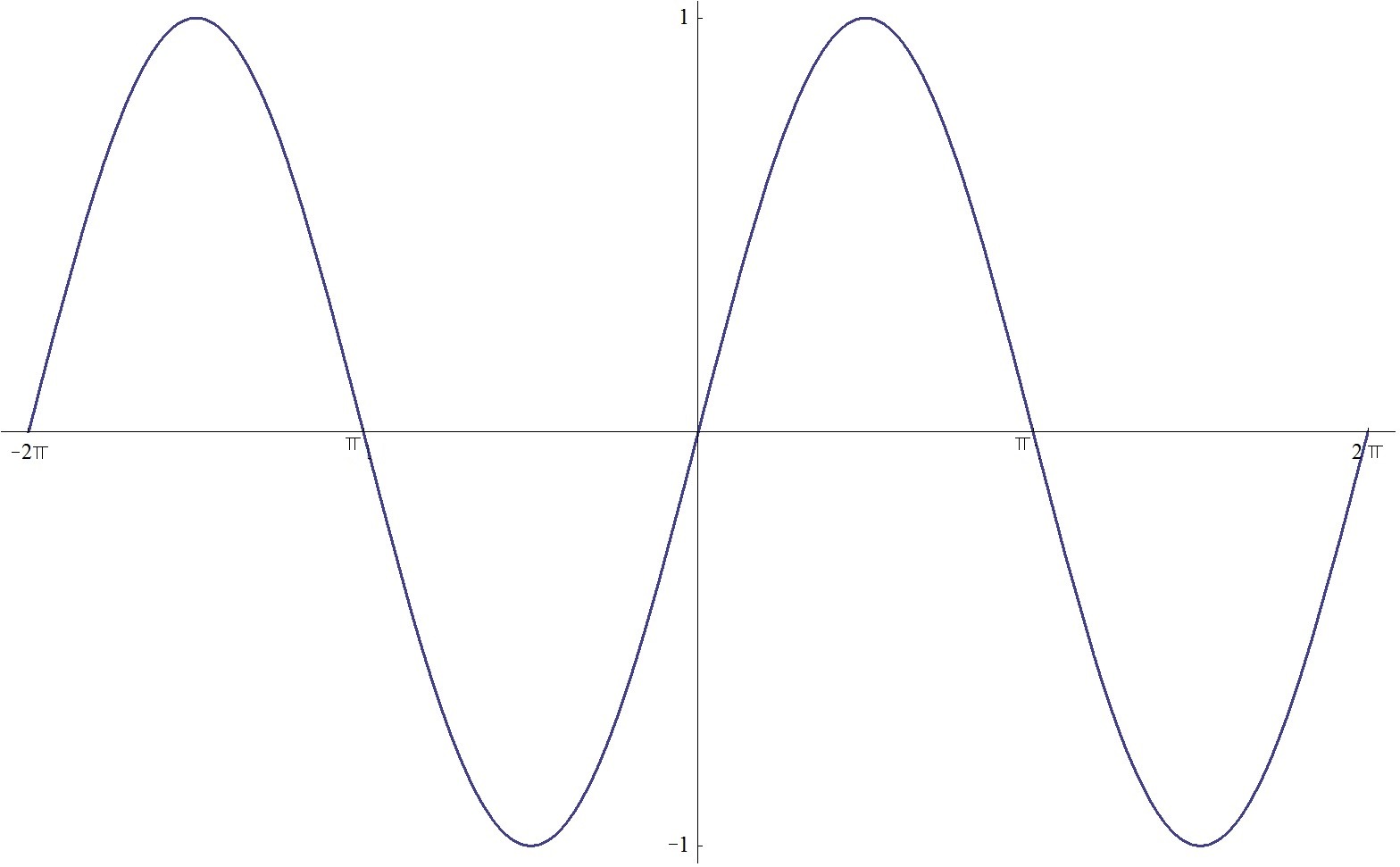 The same with the cosine: 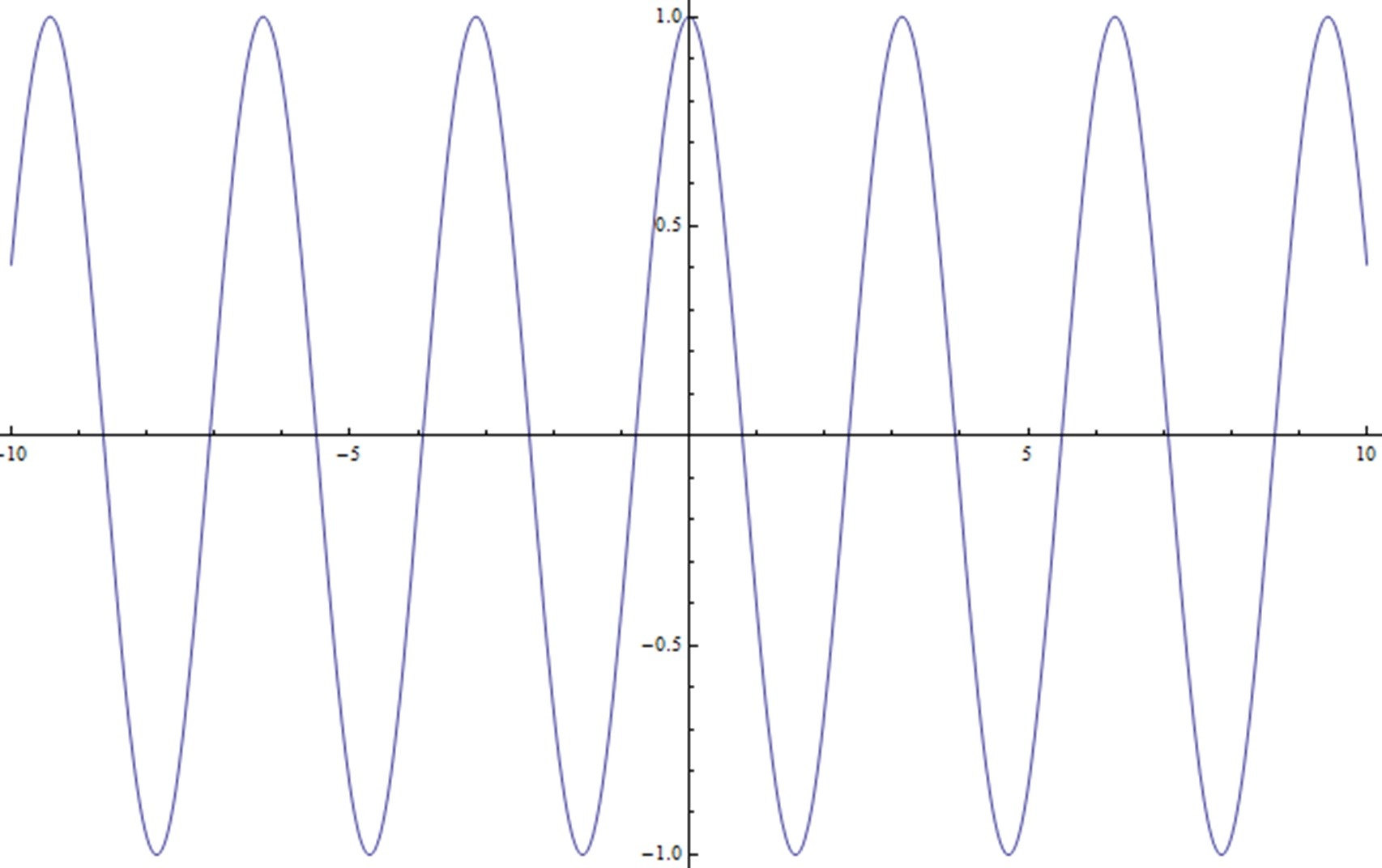 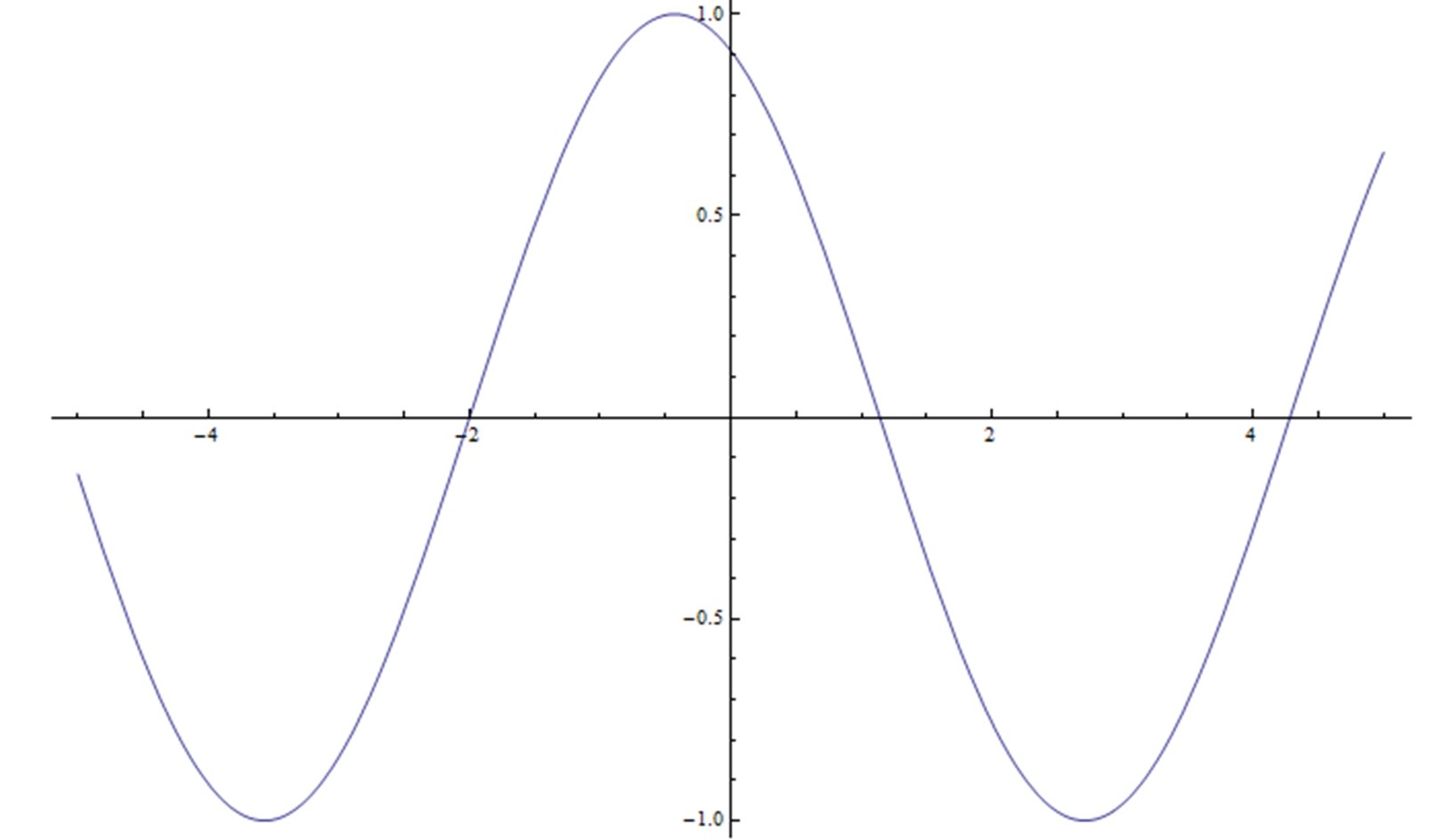 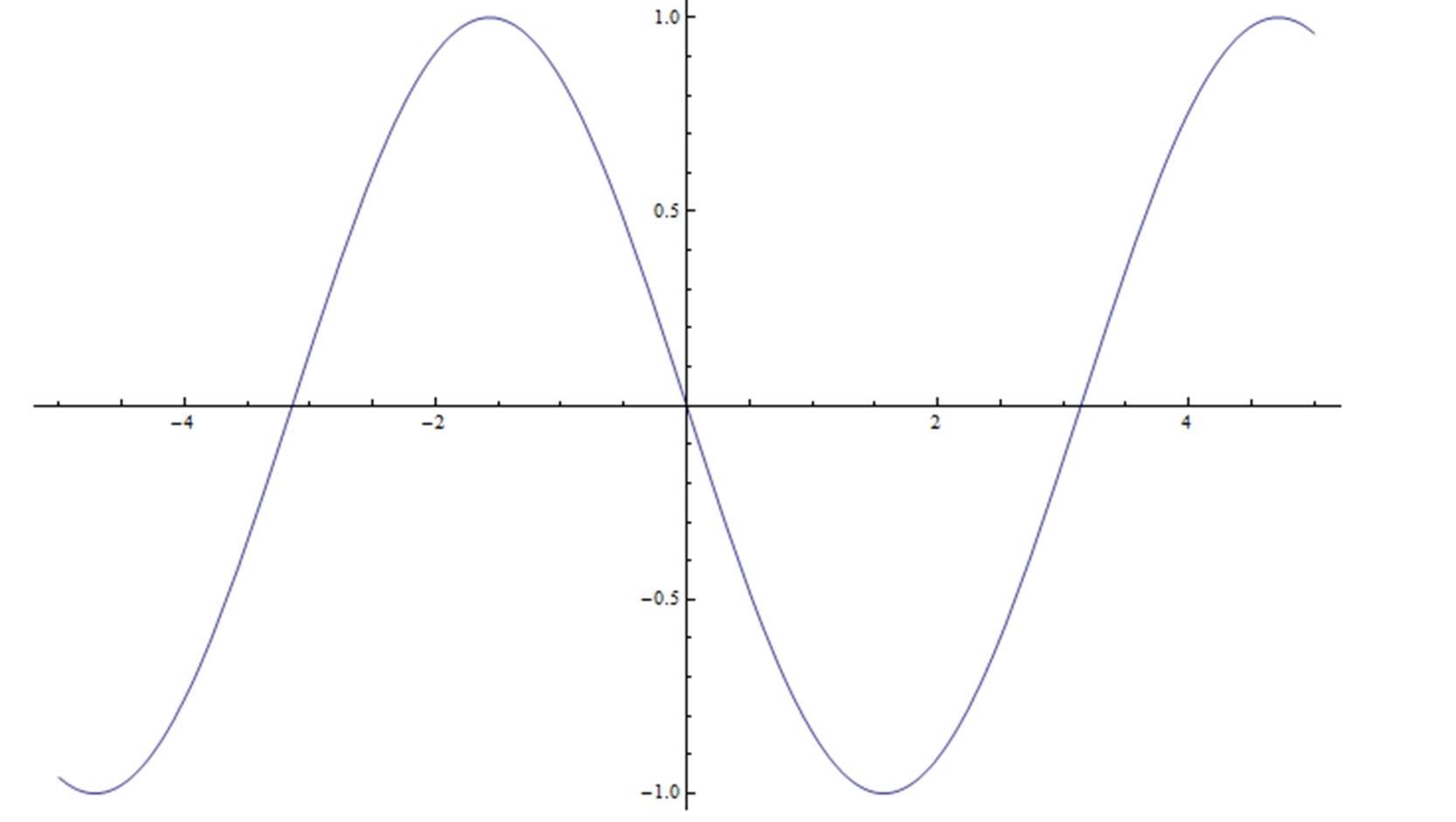 And the same goes with cosine.

Once you learn how to draw simple trigonometry functions you’ll learn them all. Everything that applies to sine and cosine also applies to tangent and cotangent.
Again, you find your zeros using the substitution exactly like for the sine and cosine.

If “a” is greater than 1, the function will be narrower, which means that it will “grow” much faster, and if it is less than 1 it will grow slower. 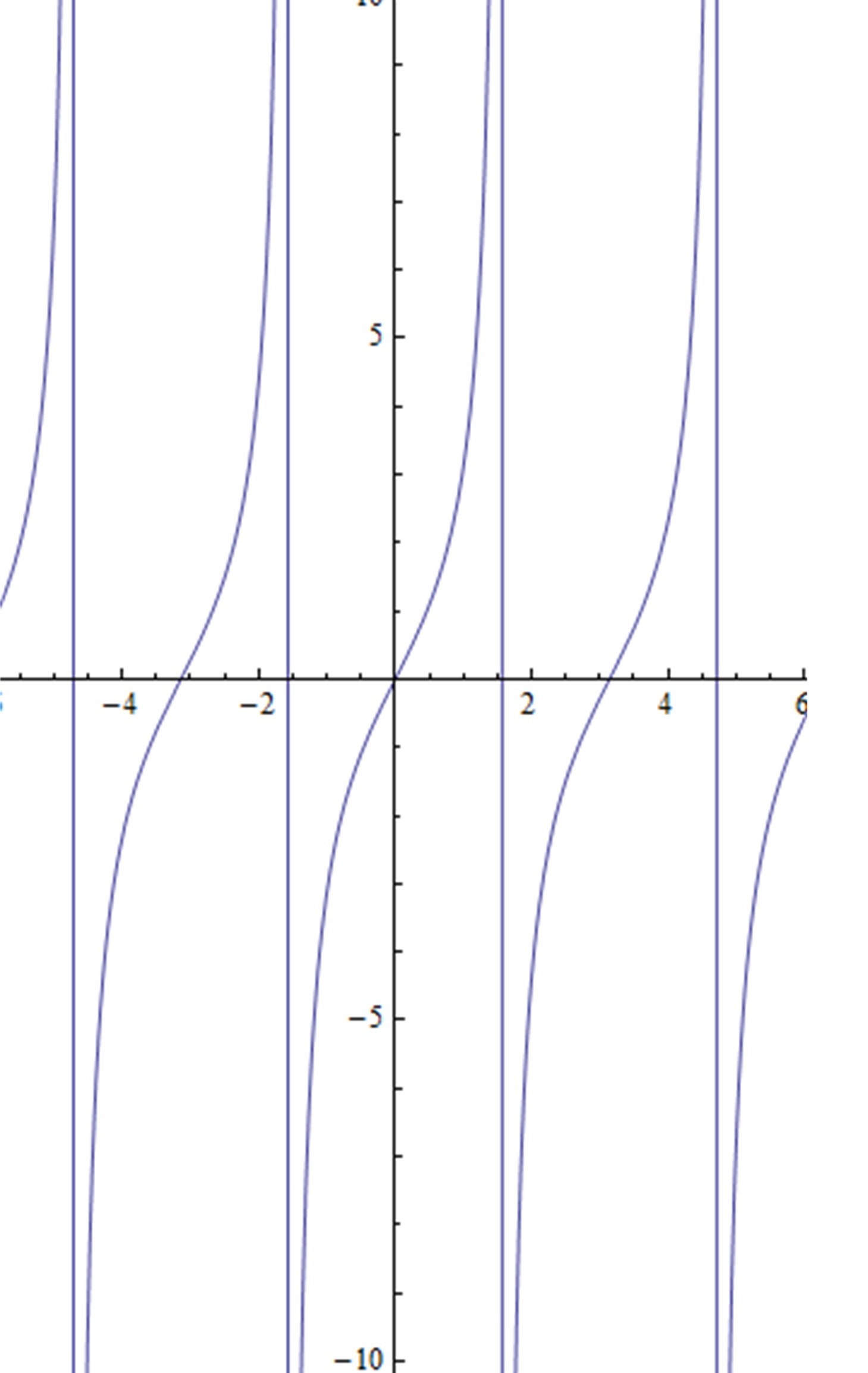 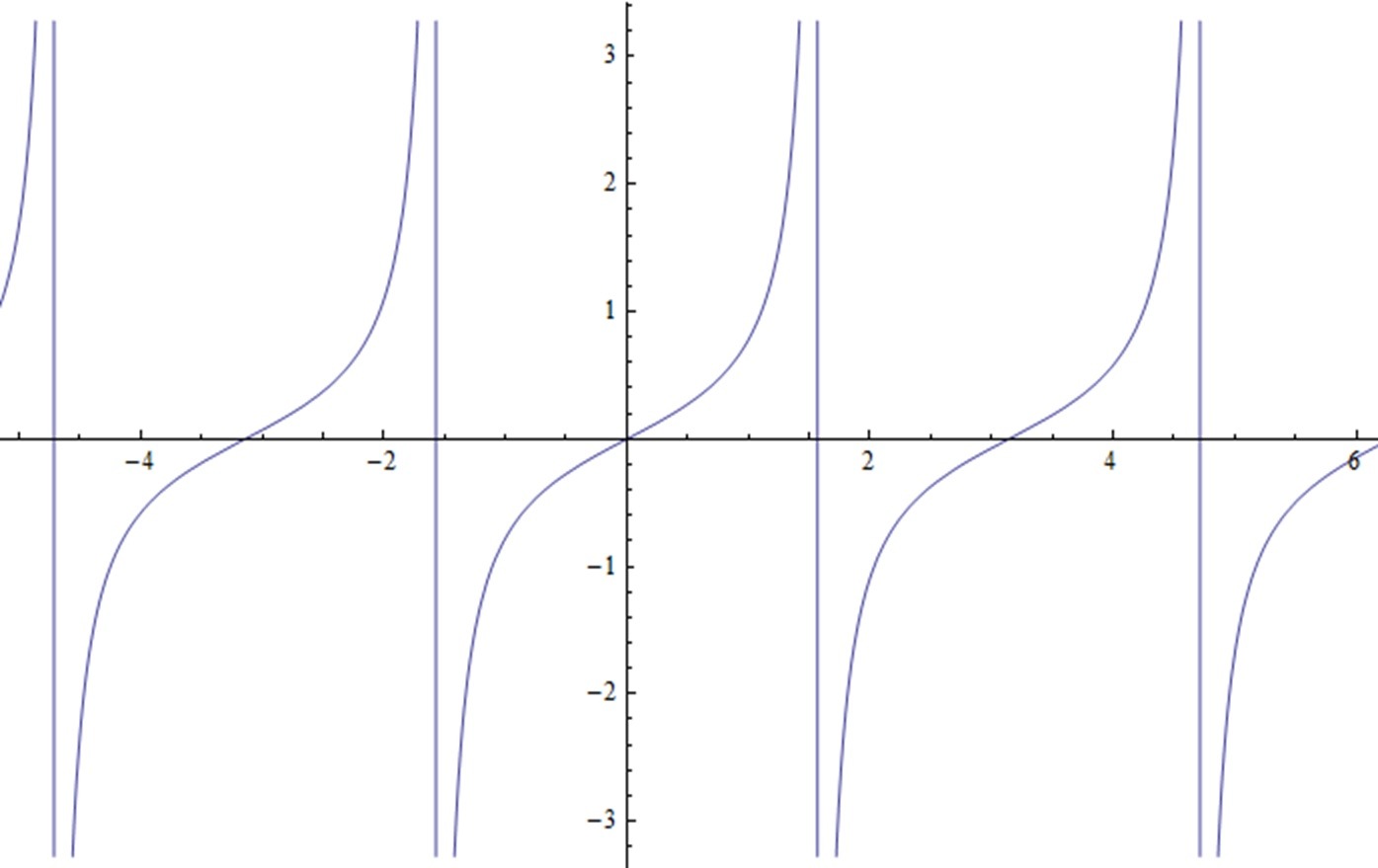 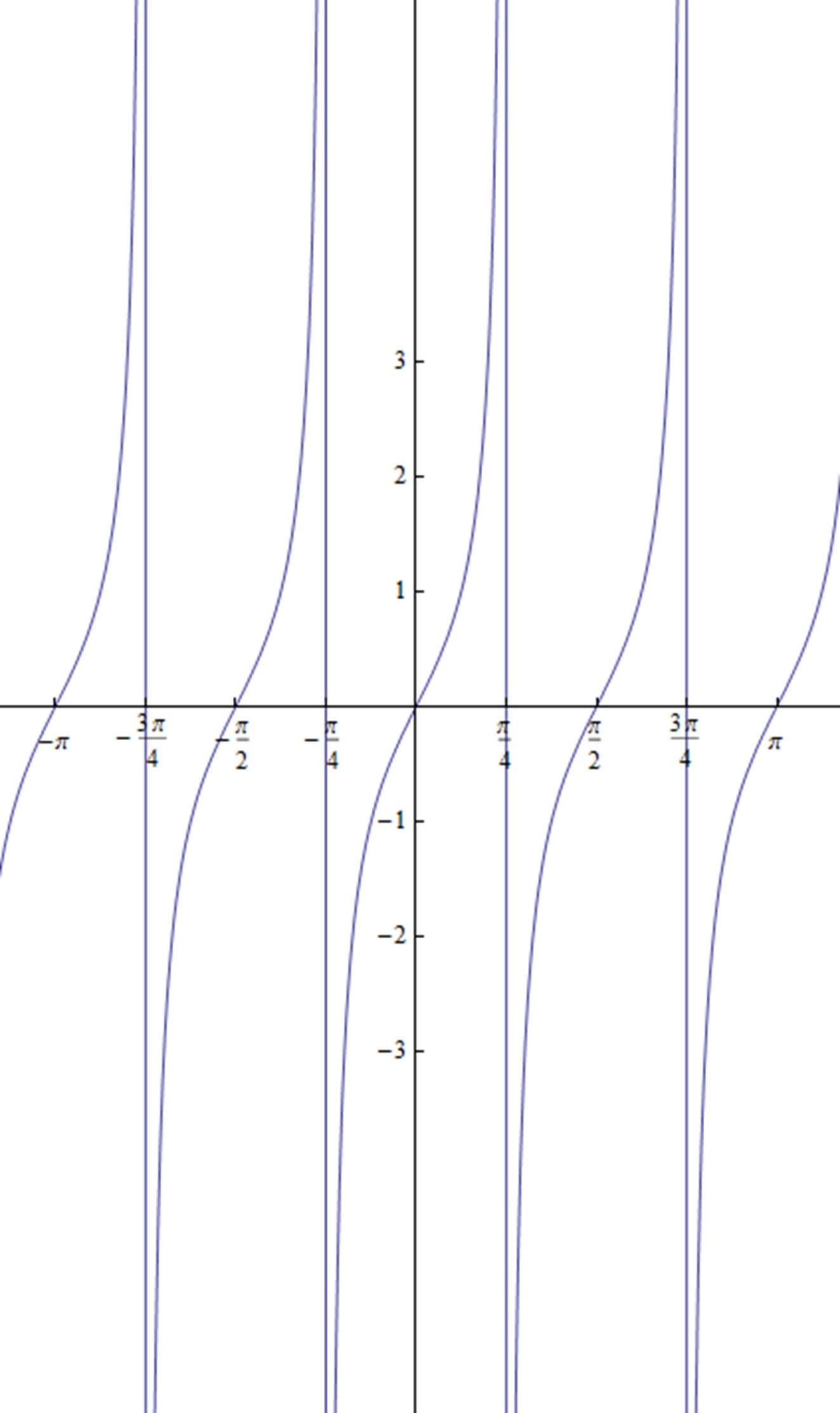 3. $ f(x) = tan(x + c)$. “c” in this function will change the domain and the location. You have two ways of drawing this function.
First one is to find zeros, and find where your graph goes to infinity-asymptotes.
This is done using substitution $ t = x + c$.
Second one is to draw the graph $ f(x) = tan(x)$ and then translate it. If c is positive, the graph will be translated to the left, and if it is negative to the right. 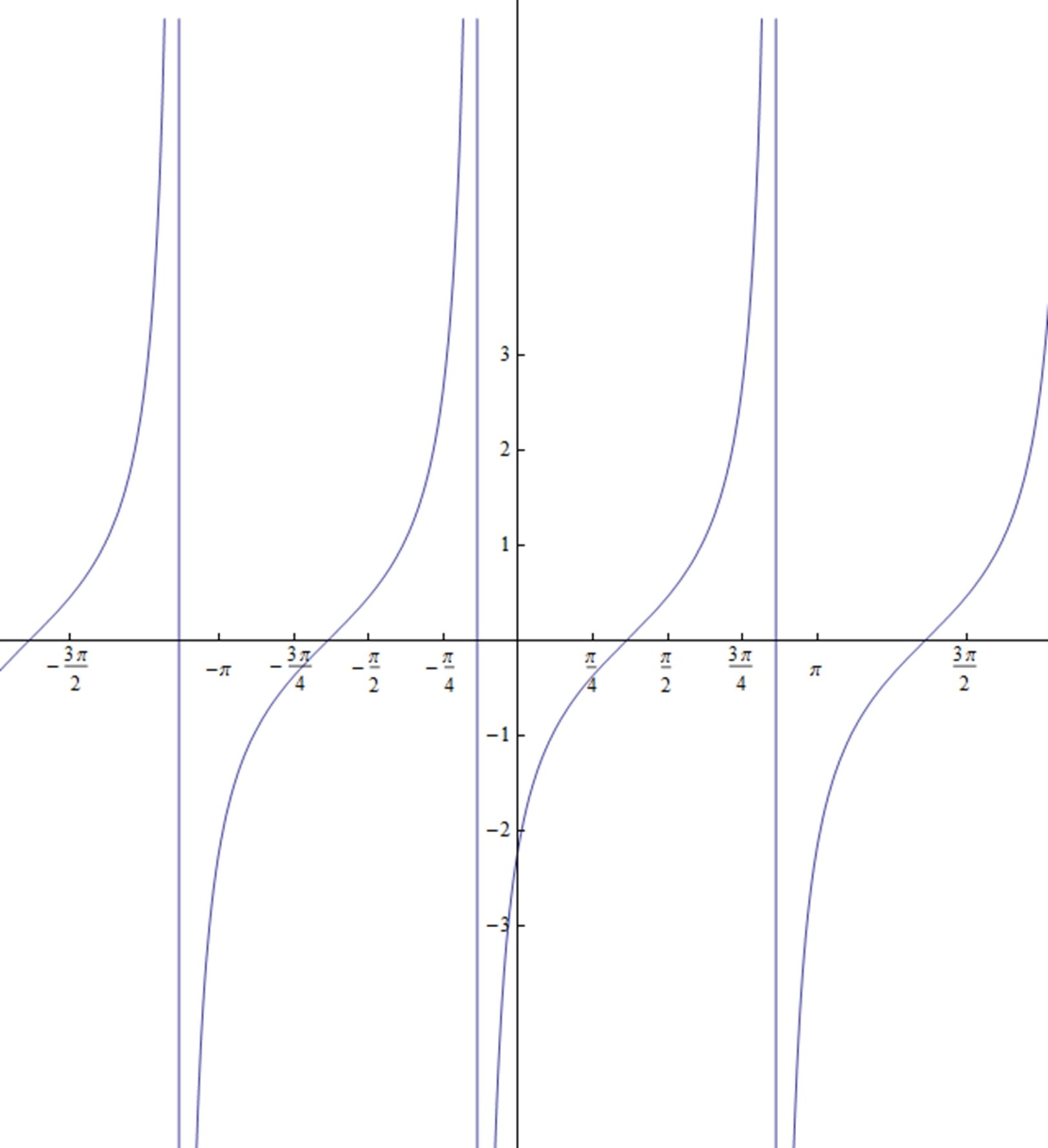 As you can already guess, “d” will translate graph according to y – axis. If d is positive, whole graph will be translated upwards, and if it is negative downwards.
Zeros will change, but the domain will remain the same. 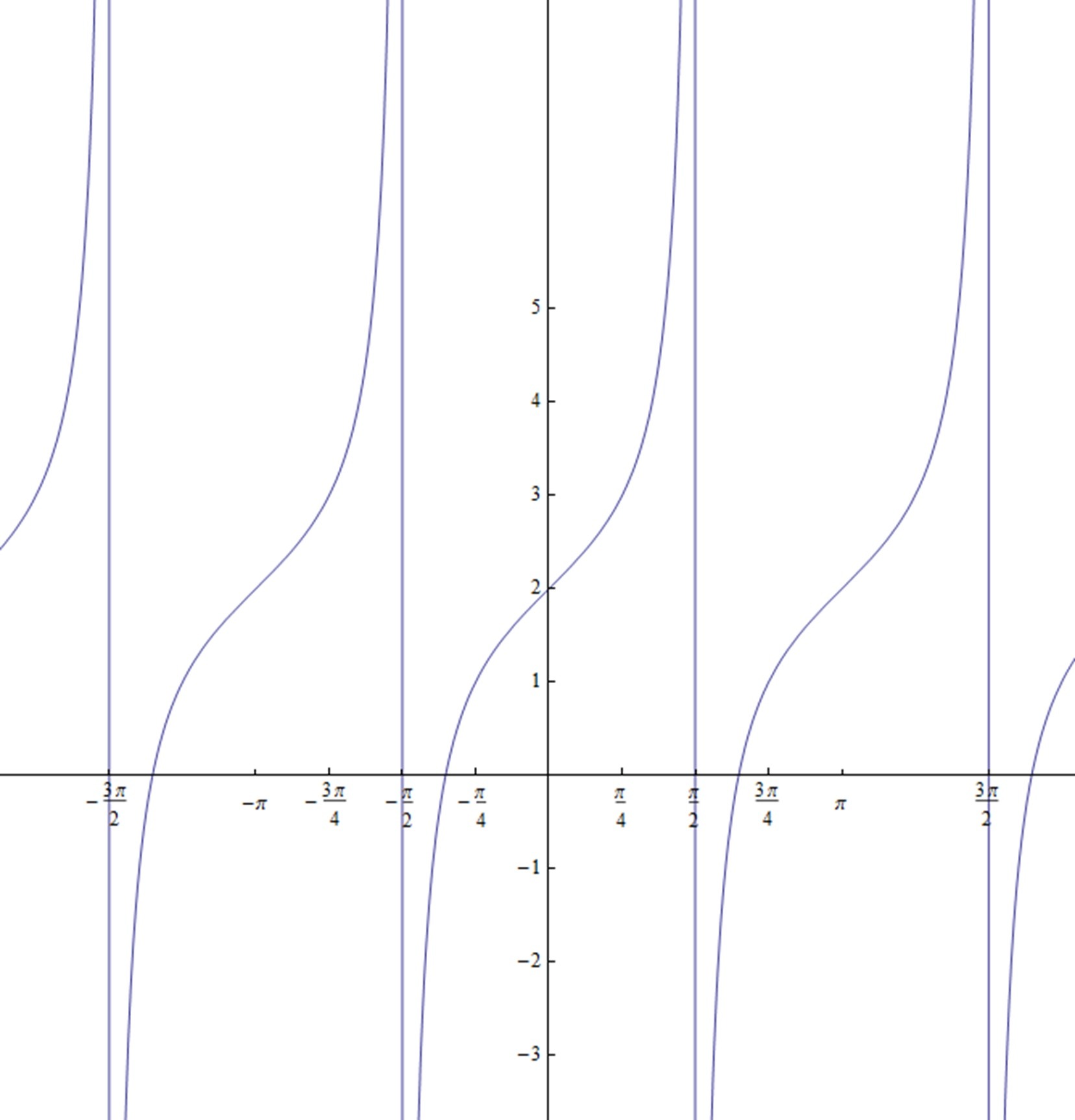 The same graph transformations will apply to cotangent.

If we want to draw graph of some inverse function, we must make sure we can do that. We can’t lose some properties that are strictly connected to the function definition.
Simplified, you can’t find inverse function of function that any line parallel to the x- axis cuts in more than one point. Let’s take a look at our sine function first. 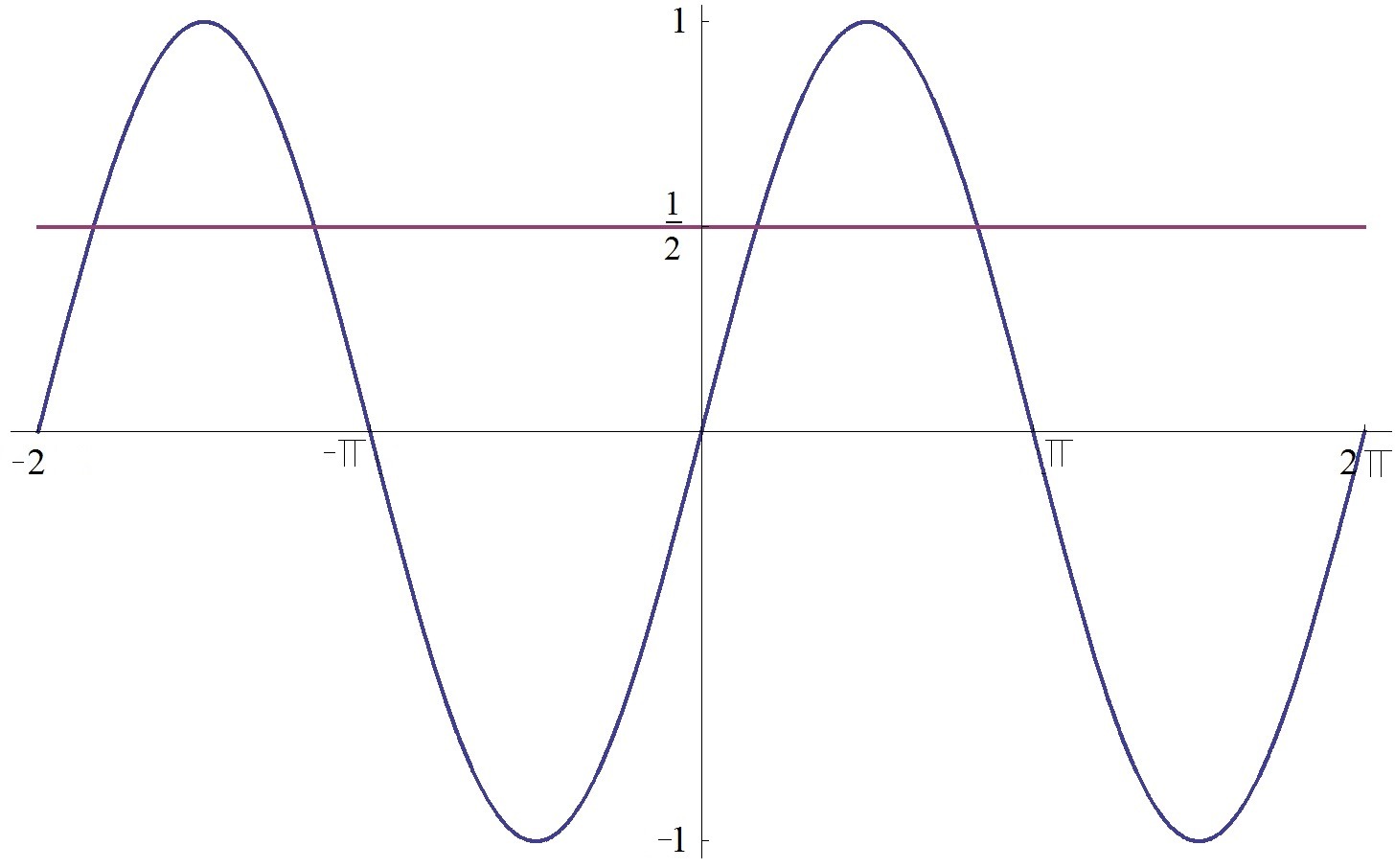 This line will cut our sine function in many points. We want to restrict our function so that any line we draw parallel to x – axis cuts sine in exactly one point.
The usual restriction is on $ [-\frac{\pi}{2}, \frac{\pi}{2}]$. 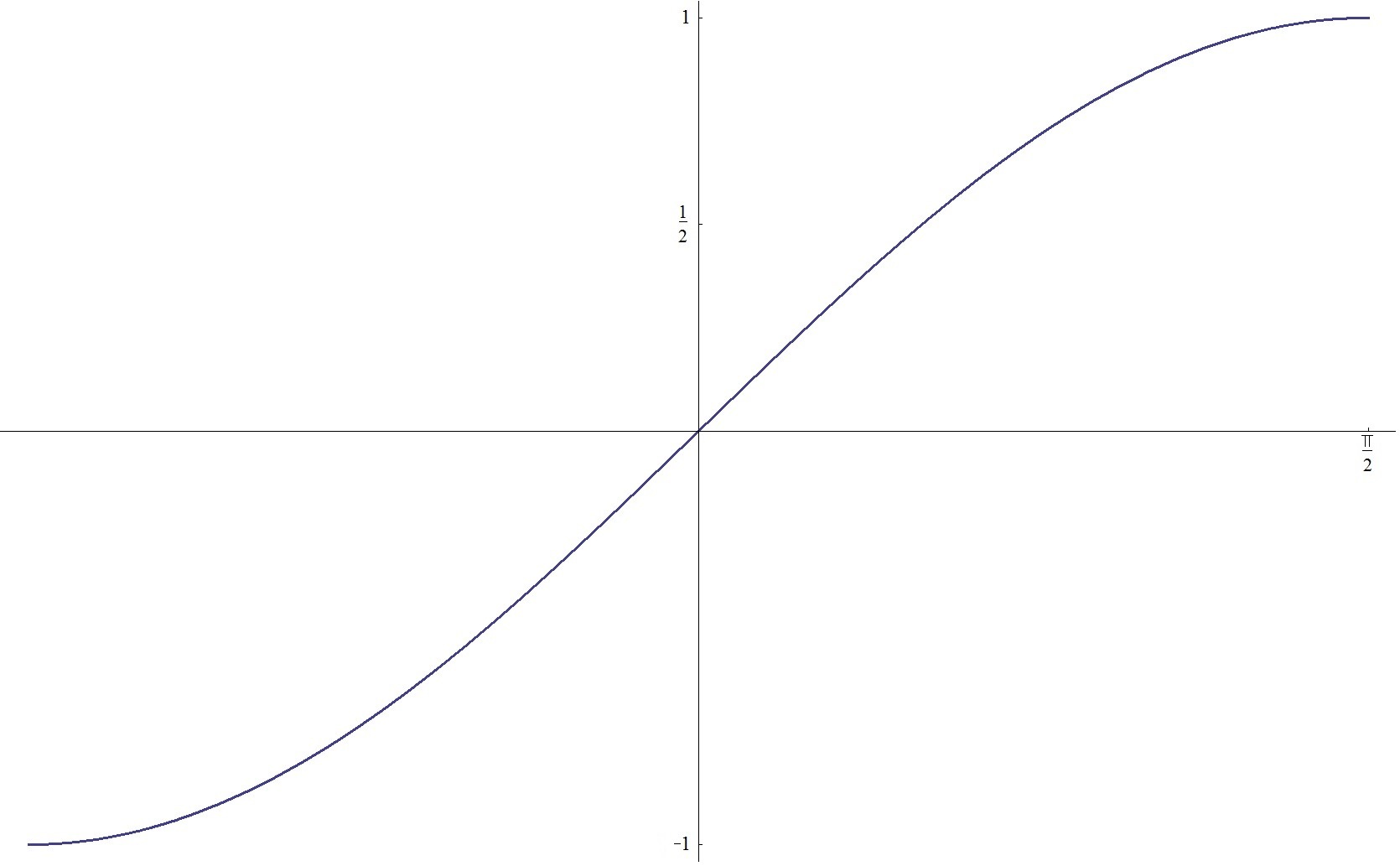 Inverse function will in a way replace the properties of domain and codomain. That means that the domain for Arc sin will be [-1, 1] and codomain $ [-\frac{\pi}{2}, \frac{\pi}{2}]$.
Since all values will be inverted, this graph will be symmetrical to sine considering line $ x = y$. The easiest way to draw this is to draw line $ x = y$, and draw endpoints, on y – axis those will be $\frac{\pi}{2}$ and $ -\frac{\pi}{2}$, and on y – axis.
And then you simply translate every point. Just be careful not to cross over from domain or codomain. 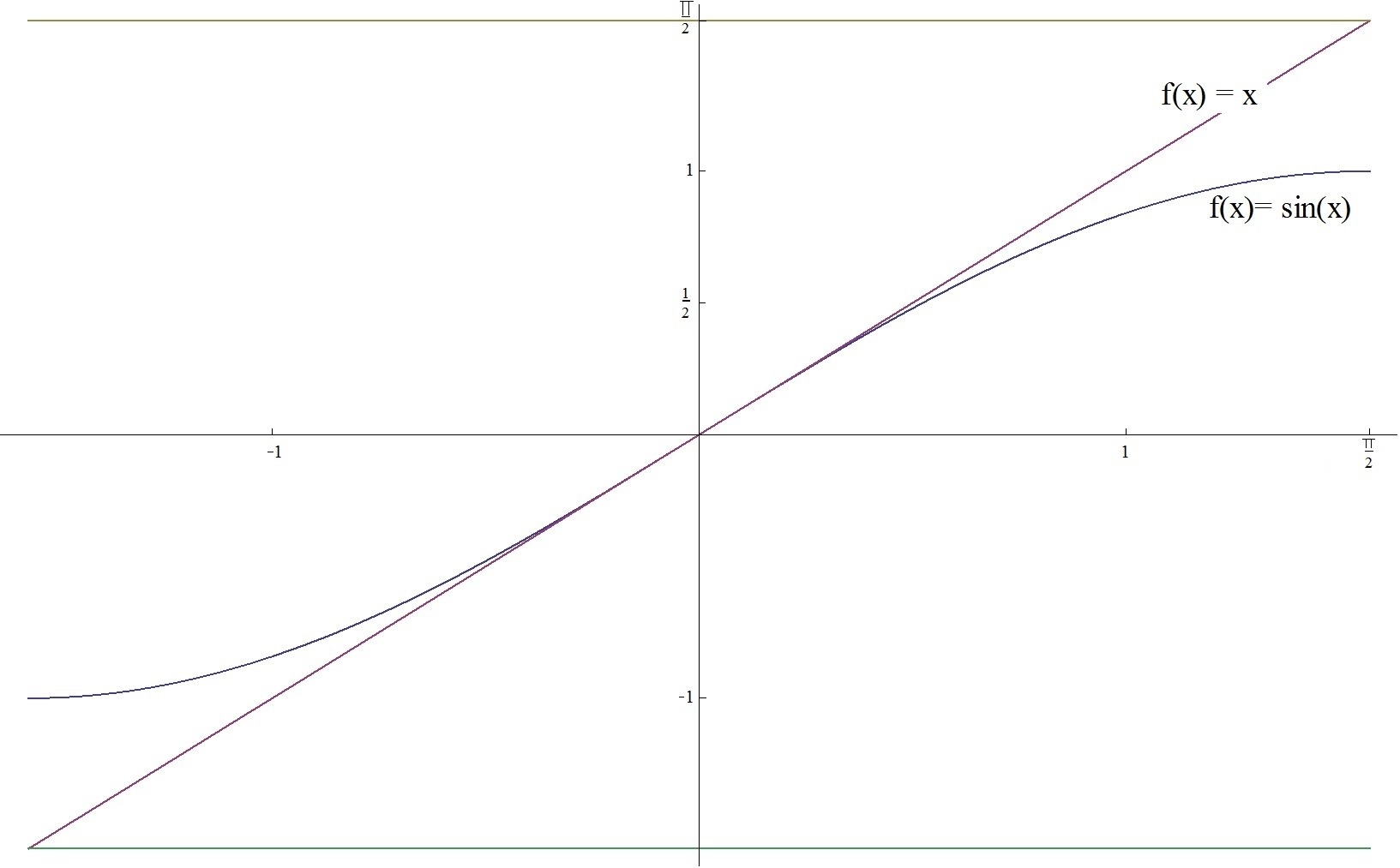 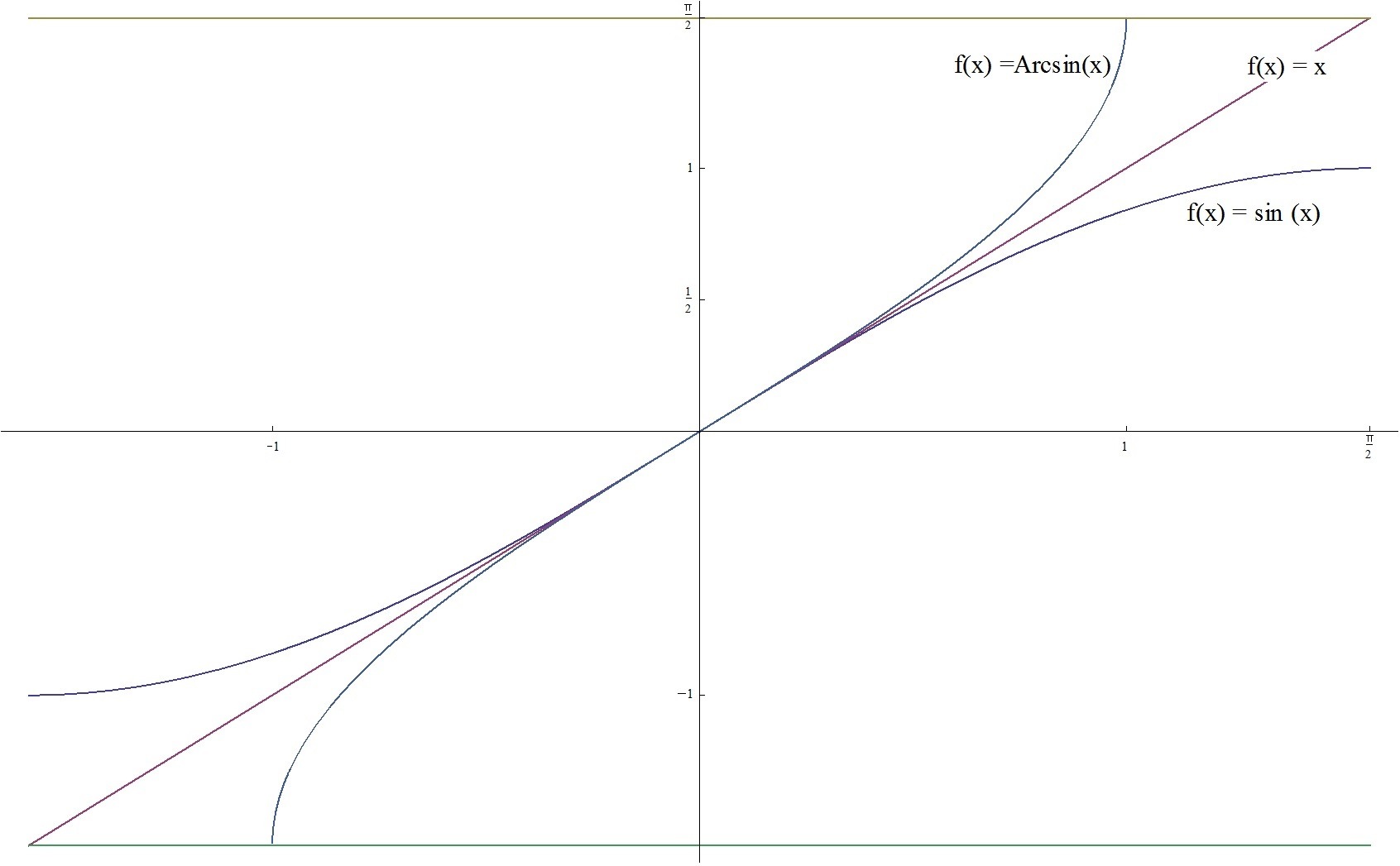 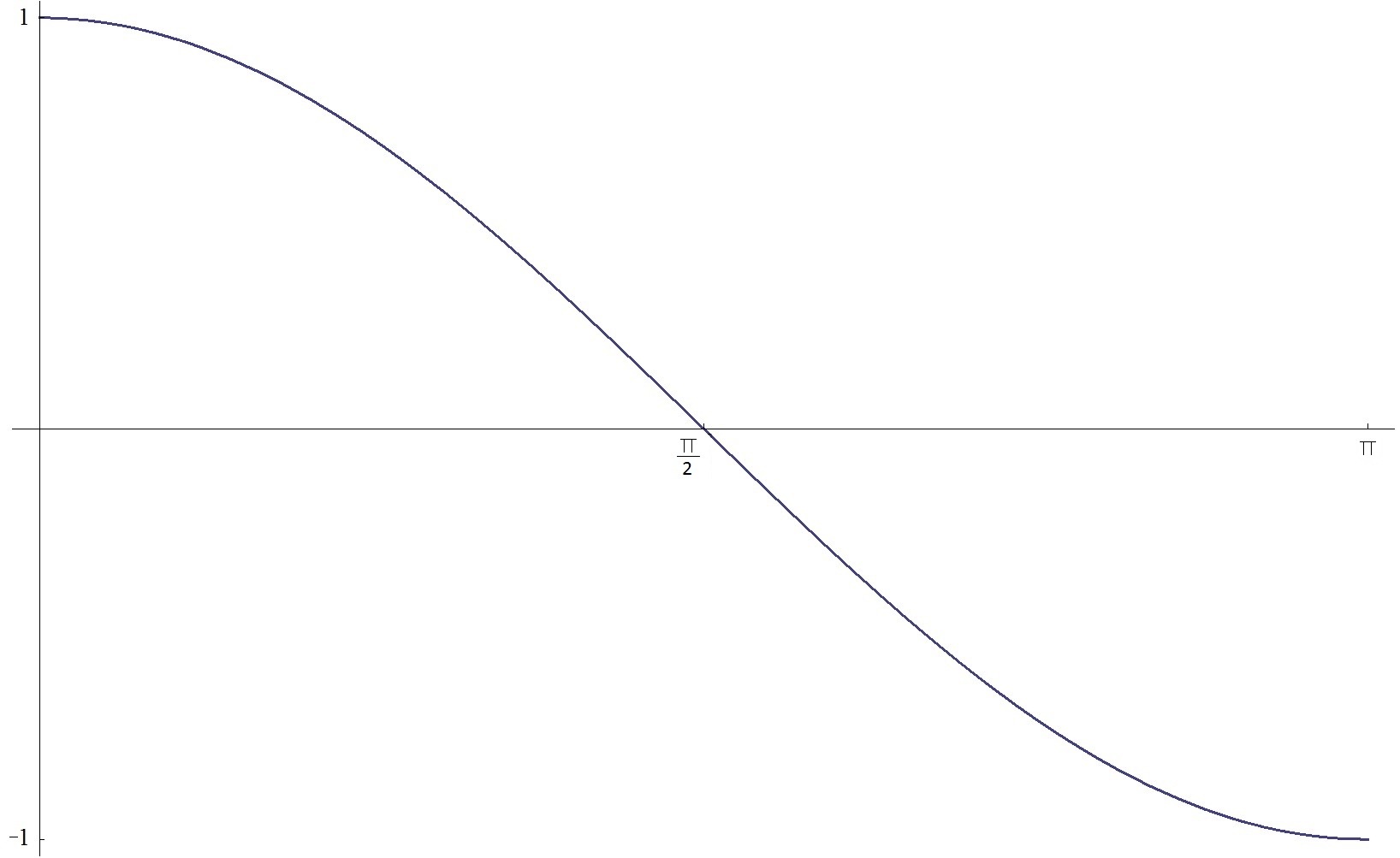 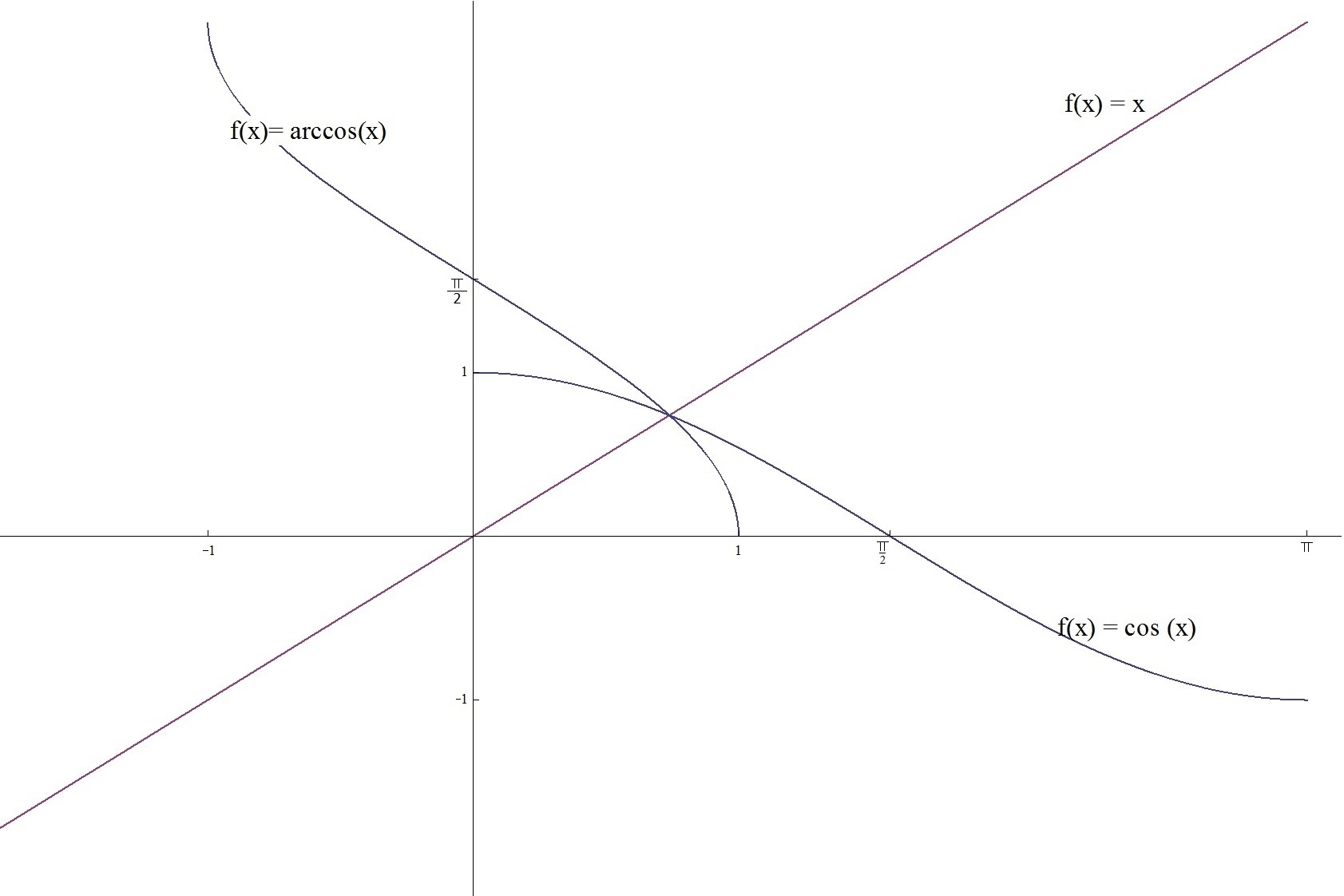 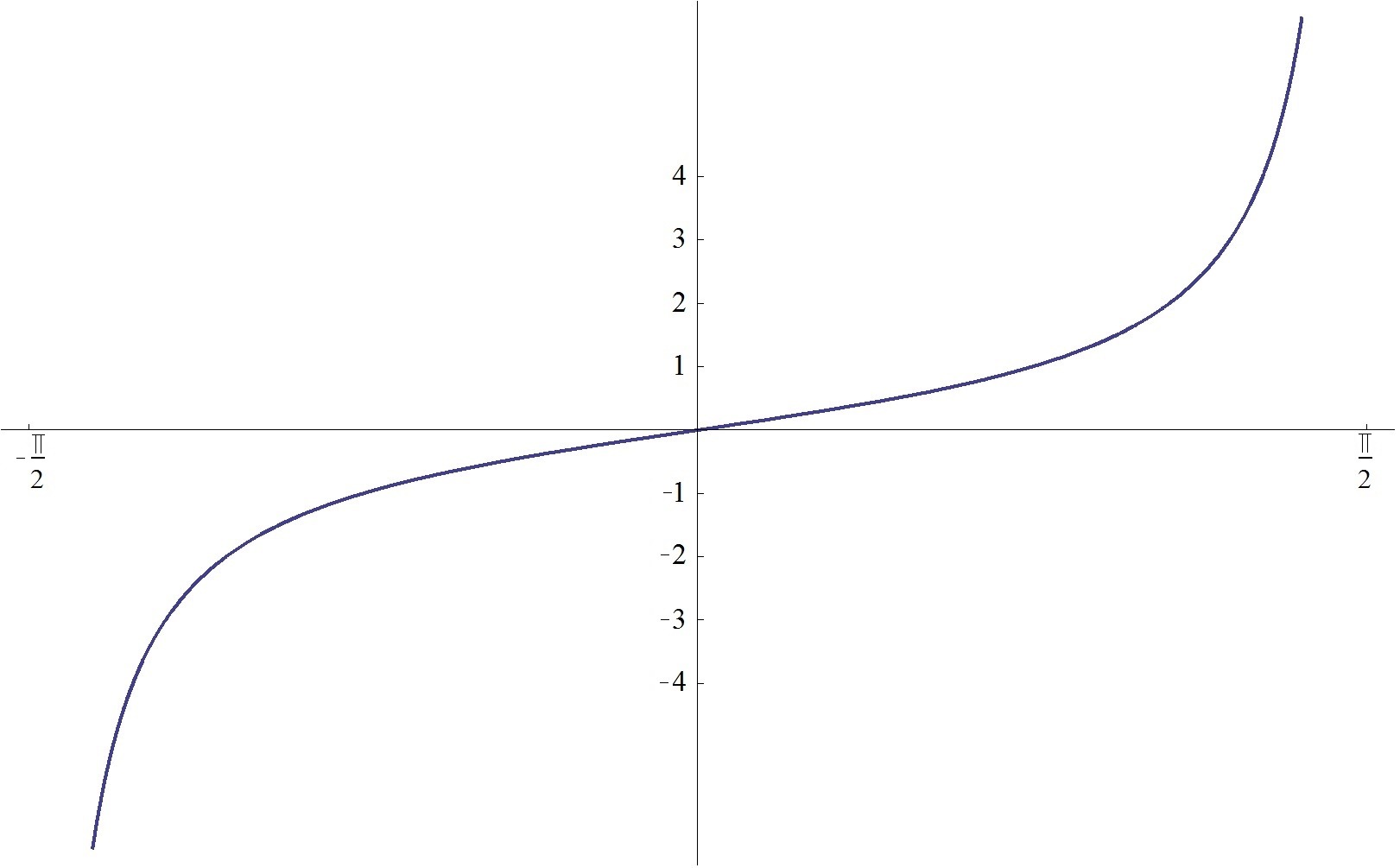 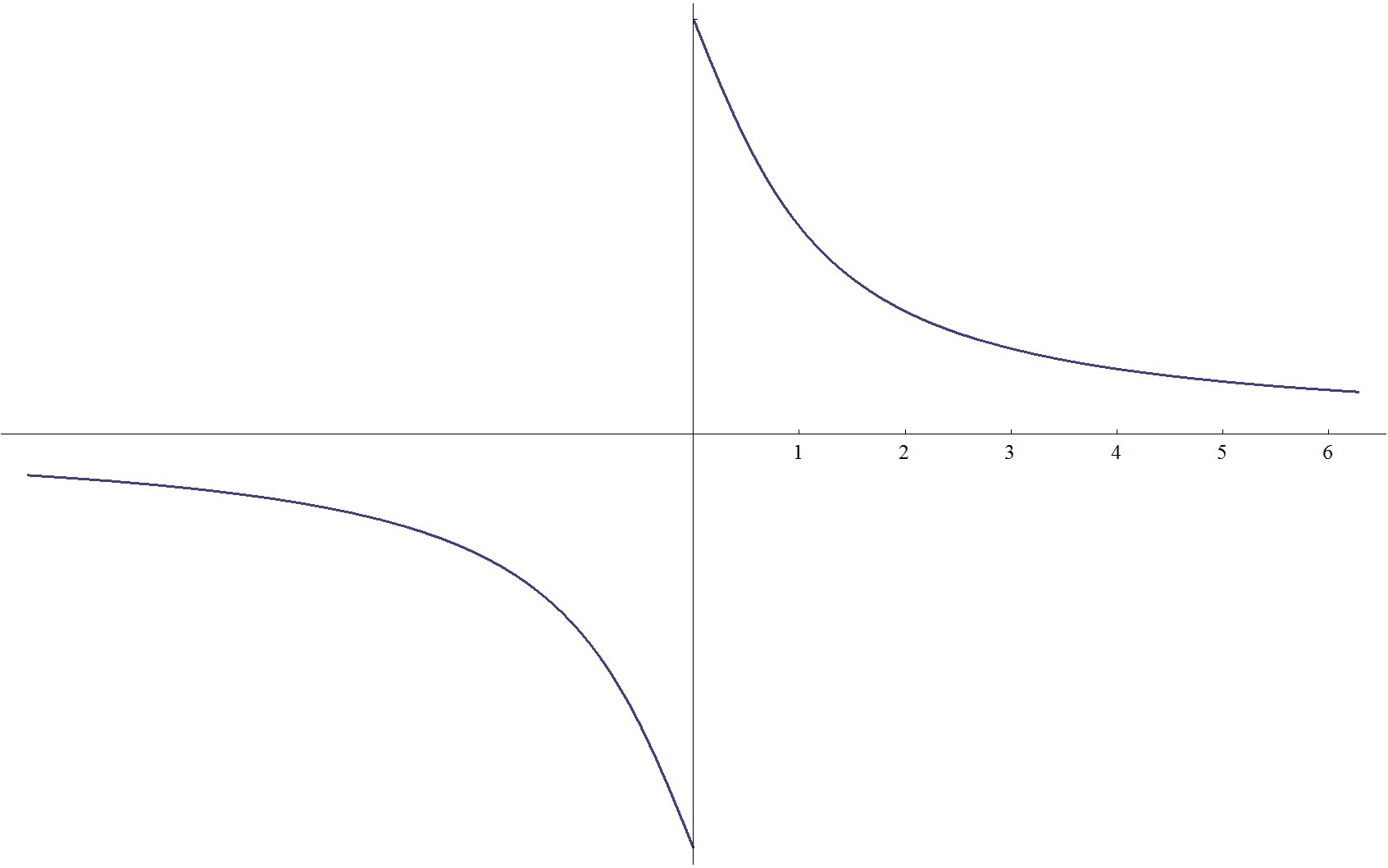