Equation of an ellipse

General equation of an ellipse

If we want to set equation of an ellipse we are going to remind some facts about an ellipse.

Where $a$ and $b$ are the semi-major and semi-minor axis.

“Every ellipse is uniquely defined by its axes and the coordinates of its focuses.” 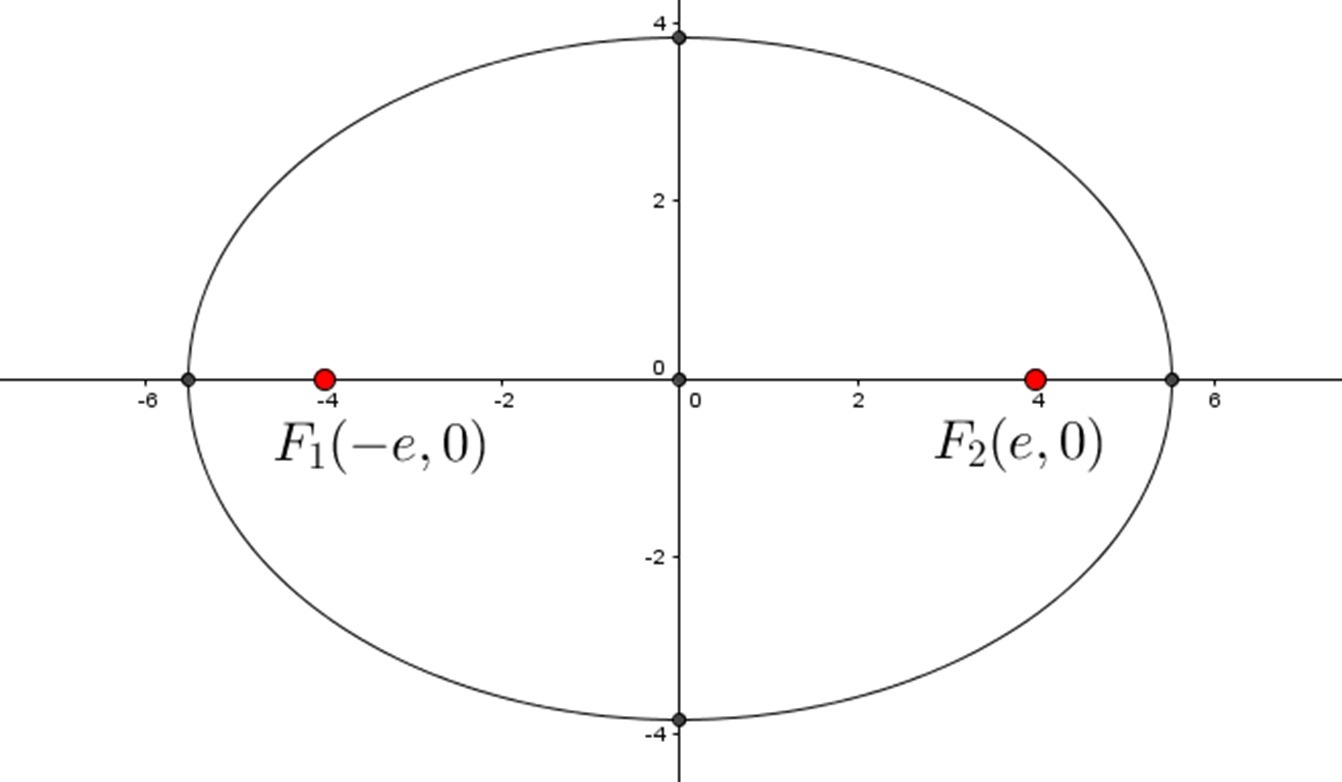 Using the distance formula we get to the following definition:

For the construction we’ll also be needing the linear eccentricity. 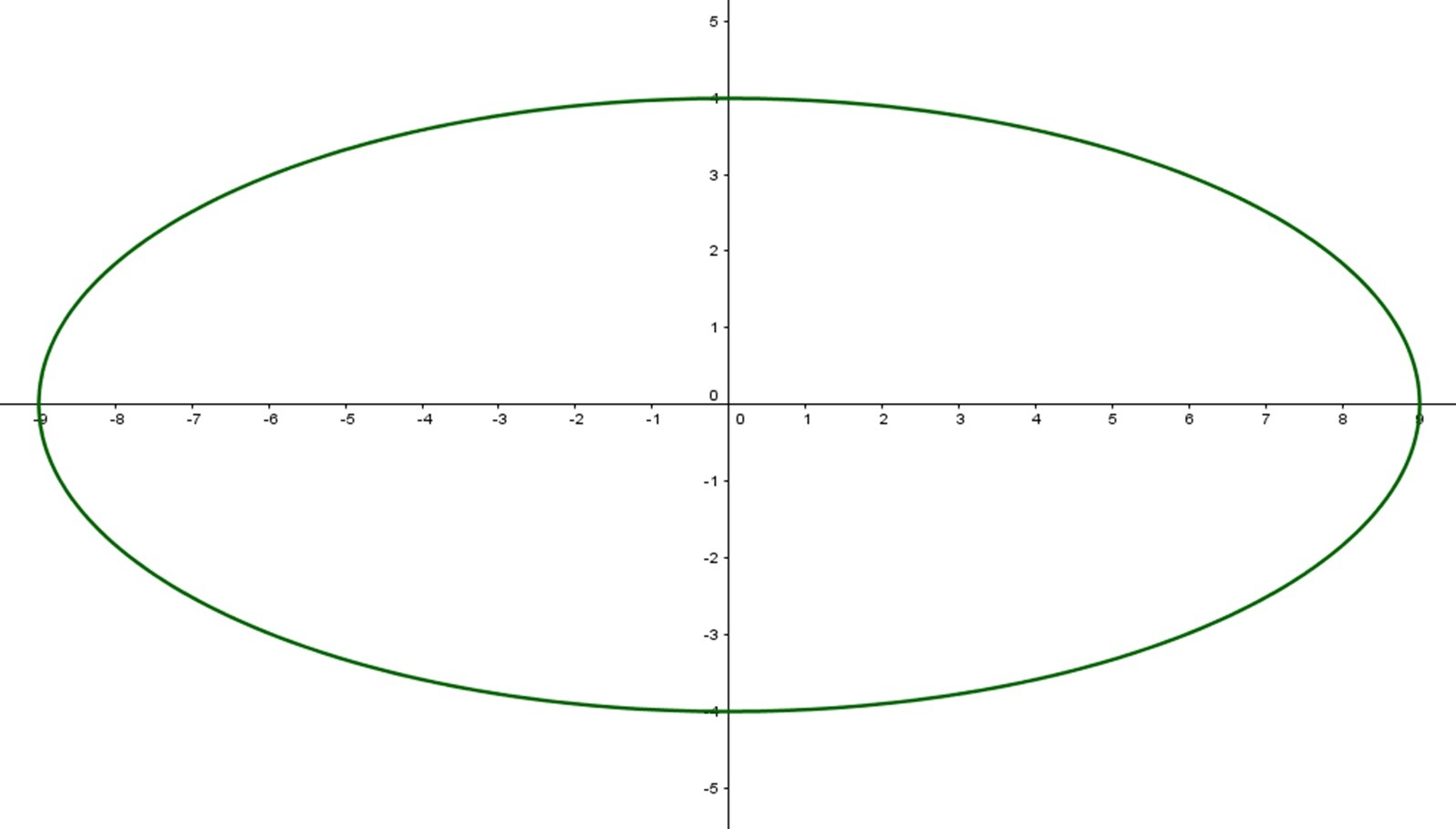 Can a major axis of an ellipse be aligned with $y$ – axis?

Now, the major axis will be aligned with $y$-axis and the minor axis with $x$-axis. In that case the focal points of this ellipse are now on the $y$ axis. 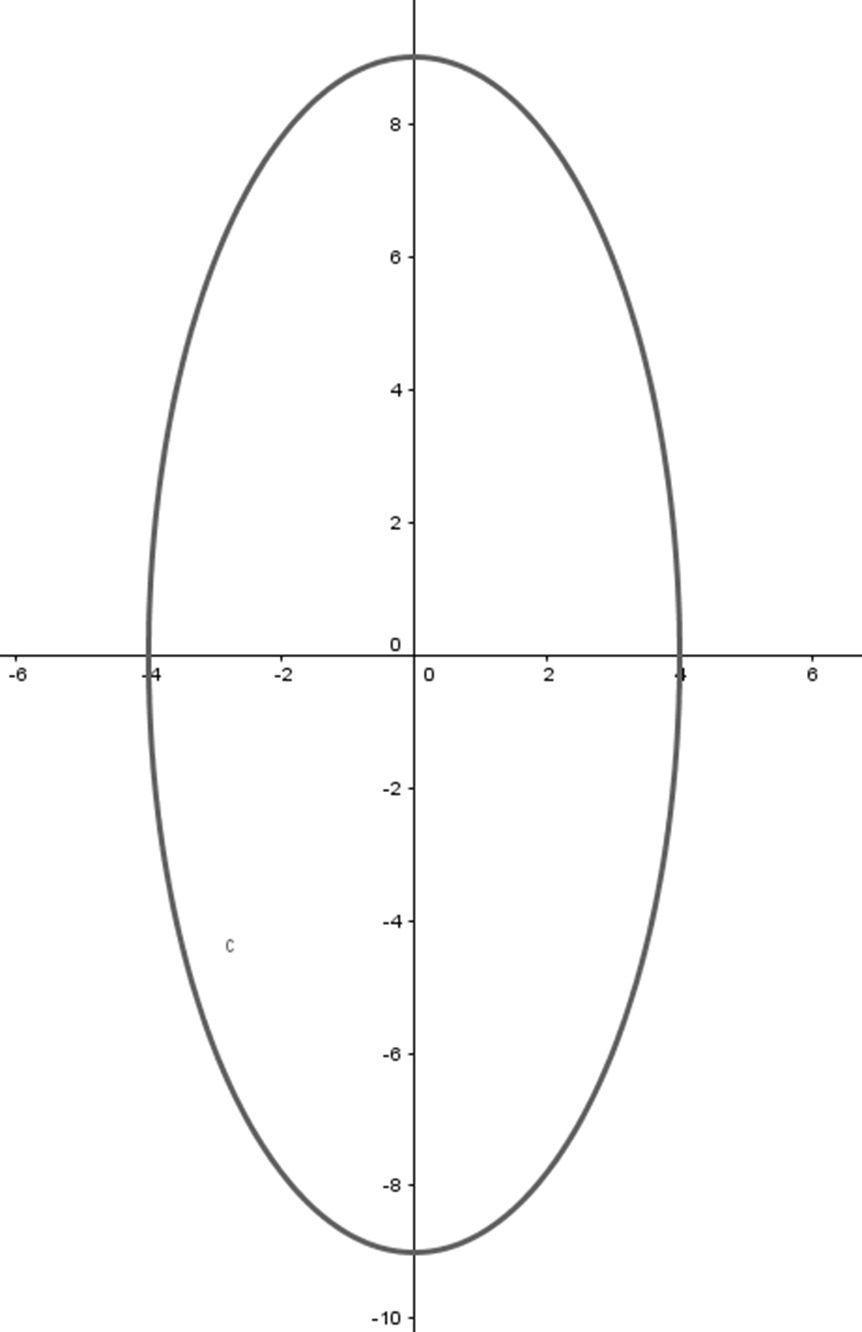 What about ellipses whose center isn’t in the origin?

First thing you notice here is that the center of this ellipse is not in the origin. Finding its center is the same as finding the center of a circle. This means that for the $x$ coordinate we observe the square involving the $x$. Since that expression is $ (x – 1)^2$, the $x$ coordinate of the center is $1$ (because $1 – 1 = 0$). Equivalently, $y$ coordinate is $-2$. Now that we know the coordinates of its center, we have to mark its axis. In these cases axis will always be aligned with the $x$ and $y$ axis. After you’re done with drawing the axis, the only thing that is left to do is apply the lengths of axis and finish the sketch.