Just like a circle has one focal point – center, ellipse has two. We are using those two foci and one positive number to define it… But, lets start from the beginning.

Through history people were always interested in the universe, especially planet movement. In the very beginnings of astronomy, it was considered that the Earth was in the center of the universe and that all planets revolve around it in concentric circles. Later on, when new technology was introduced, telescopes, better lenses and more collected data people started noticing some irregularities.

To put it in a mathematical form, the definition states:

Let’s explain this definition  using the drawing of the ellipse. 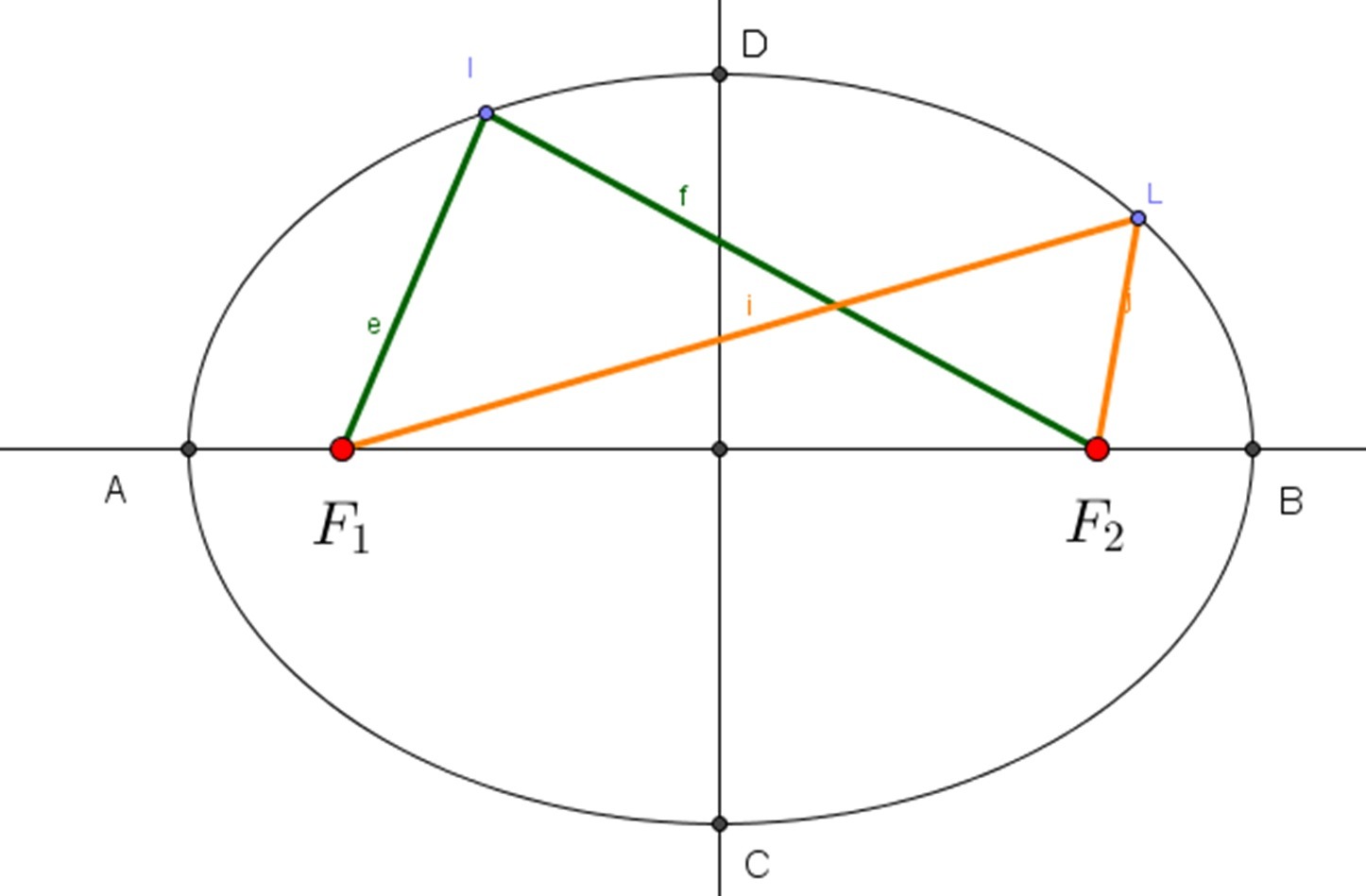 This will be valid for any point on the ellipse. 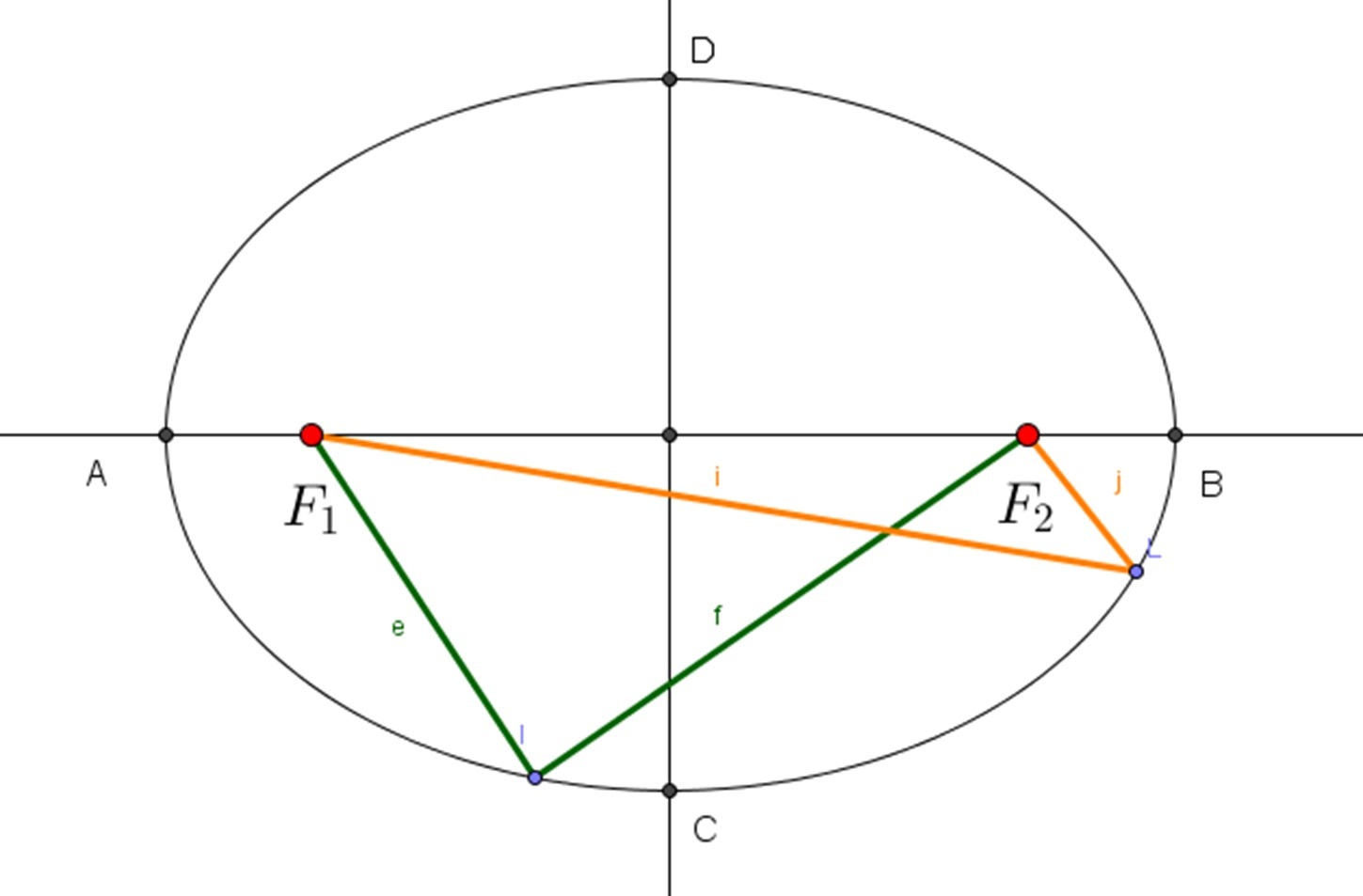 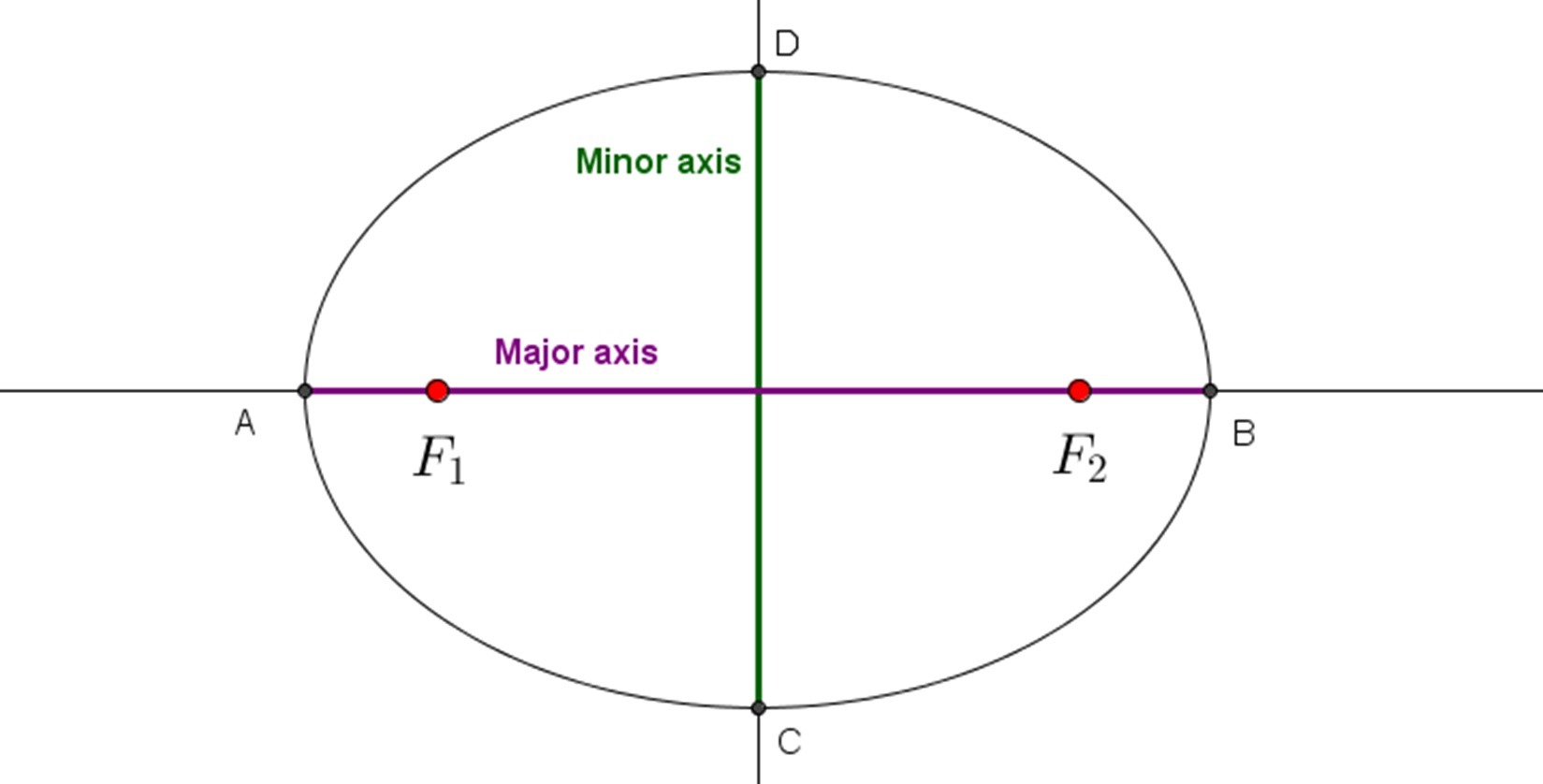 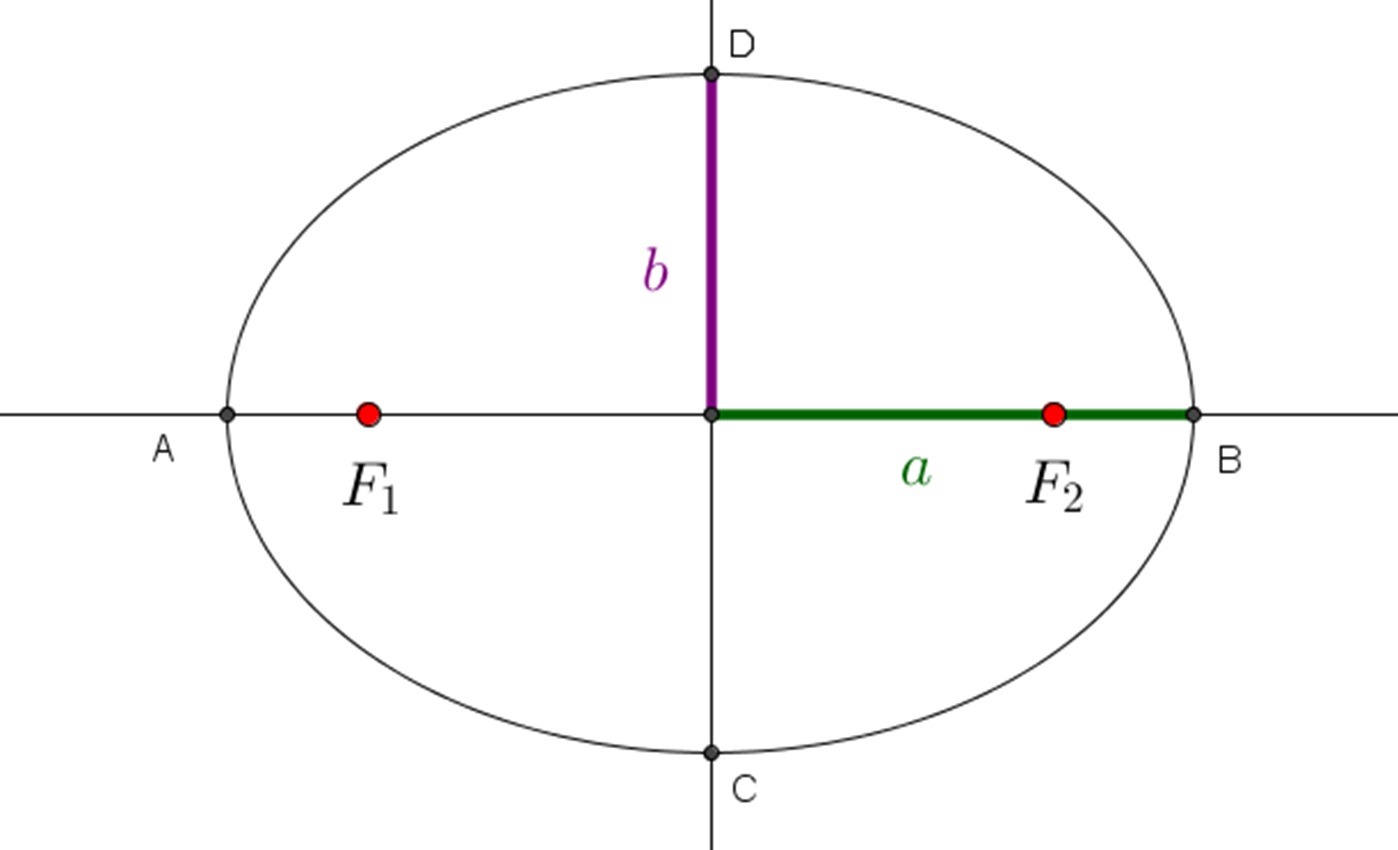 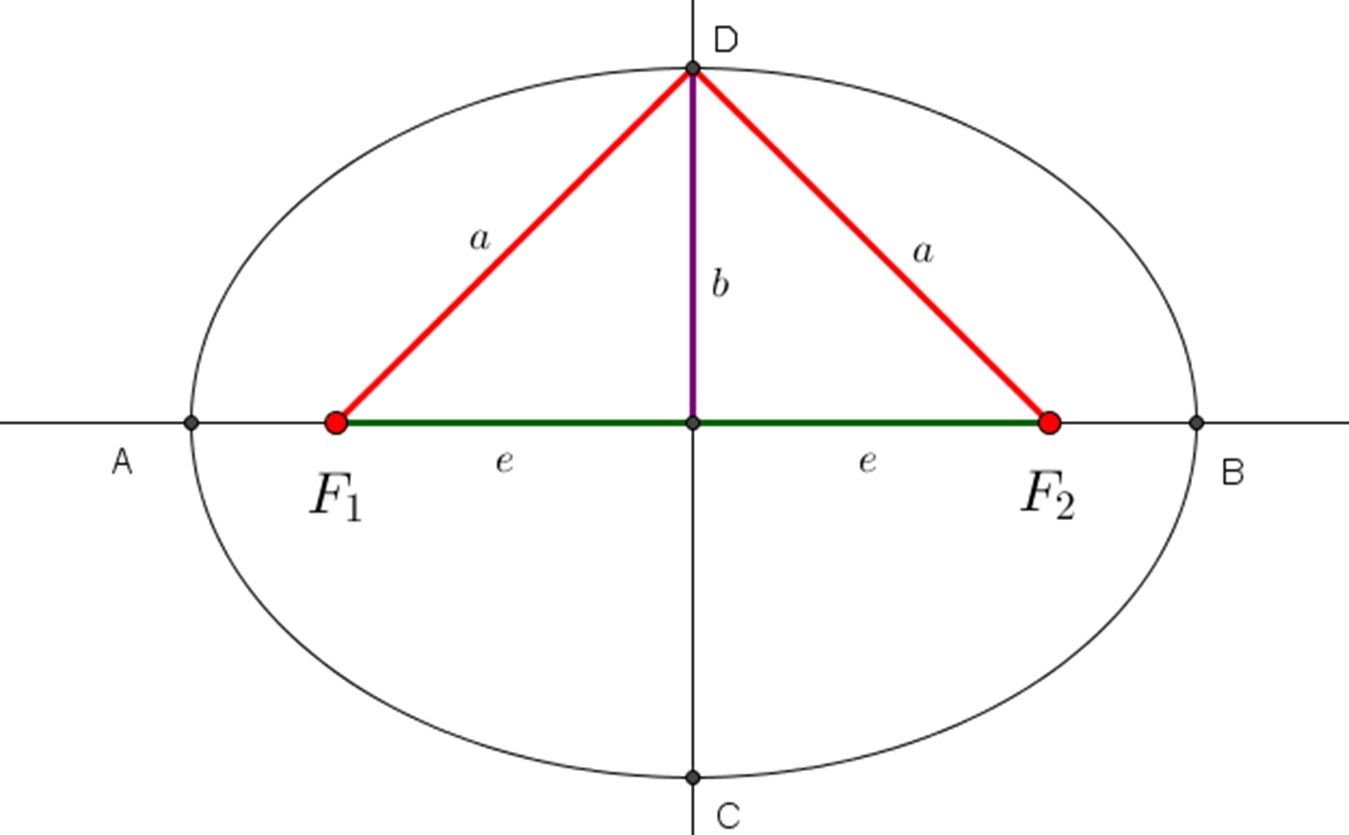 From here we can see an link between major axis, minor axis and linear eccentricity:

Coefficient $\epsilon = \frac{e}{a}$ is called numerical eccentricity of an ellipse.