Like for any constraction we can only use divider, ruler and pencil.

We’ll draw auxiliary line $\bar{GH}$ whose length is equal to $2a$. Now, we’ll start finding points of an ellipse. First, draw a line perpendicular on the $\bar{AB}$ that goes through the center of an ellipse. The points $C$ and $D$ are intersections of that line and circle with center in $ F_1$ or $ F_2$ with radius $ a = 6cm$. 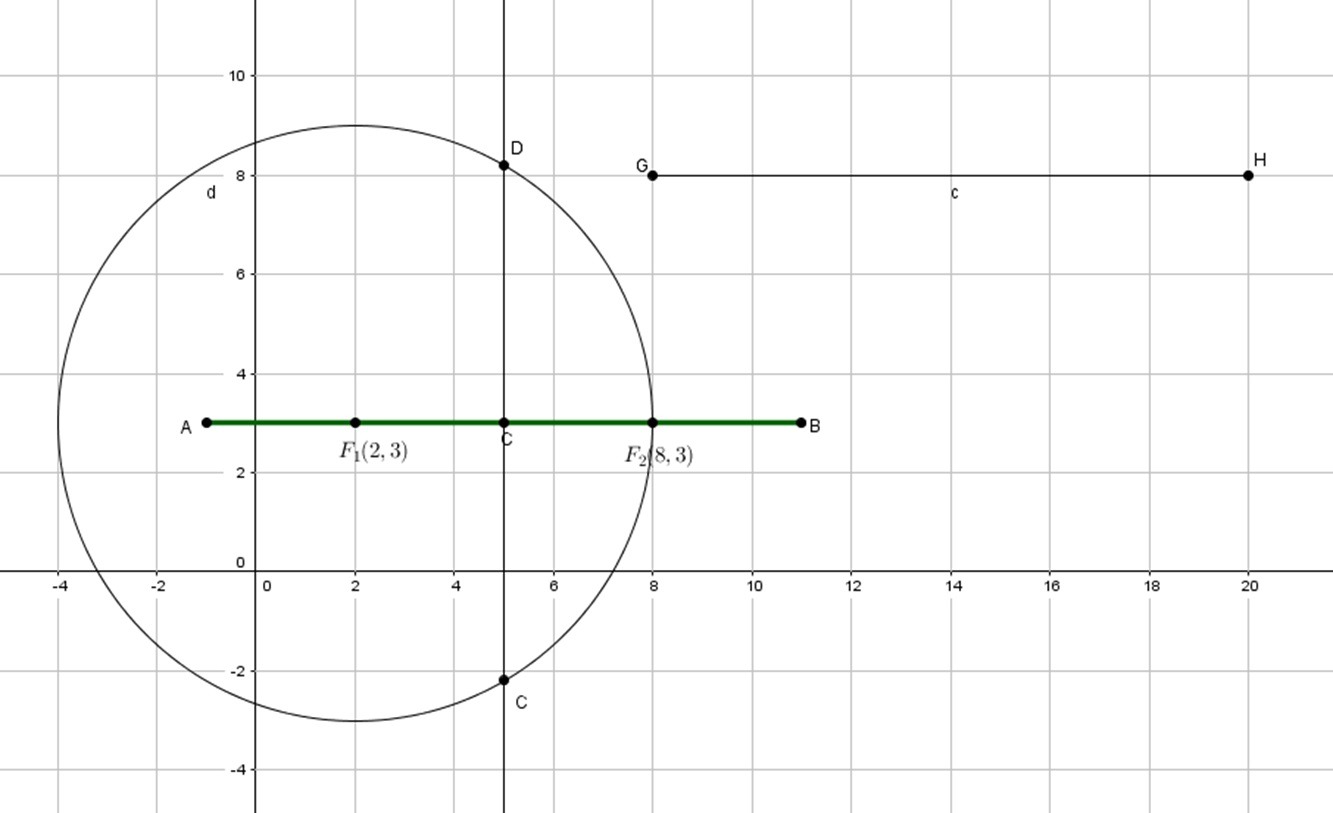 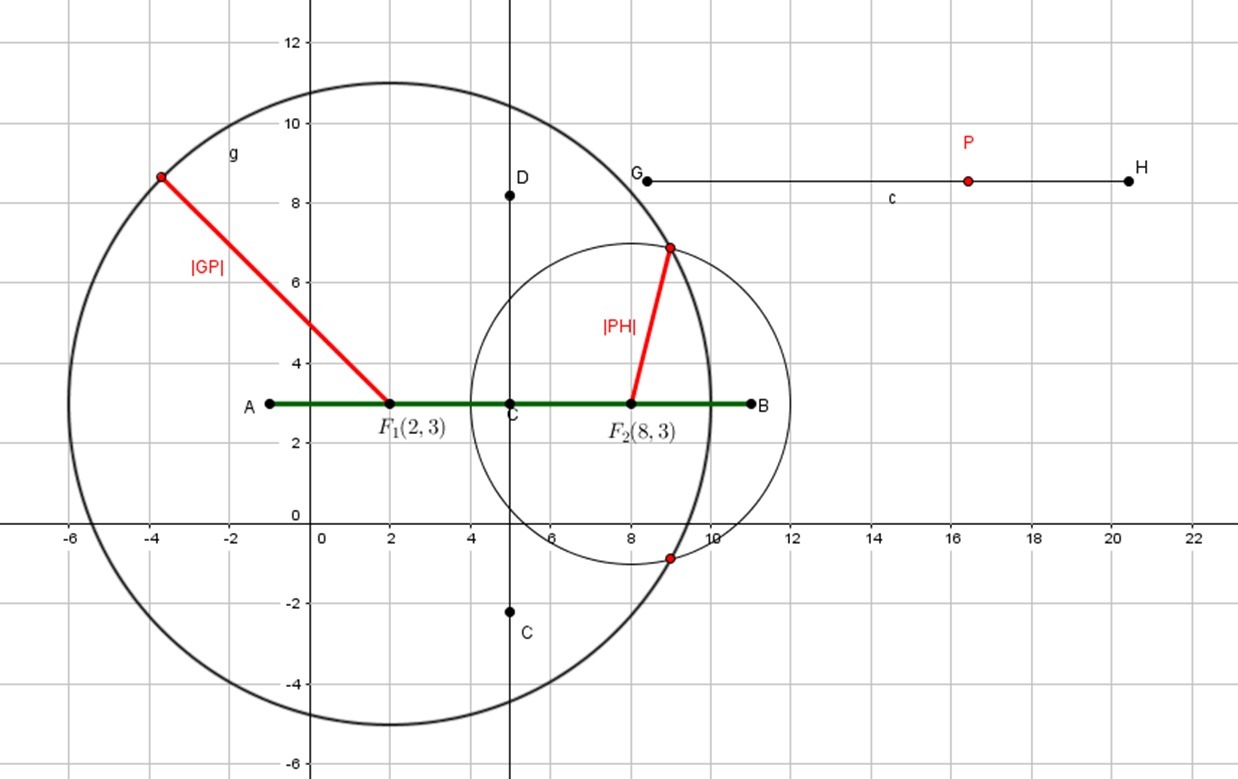 The intersections of those two circles are two points of an ellipse.

For more points of an ellipse we’ll take different points on auxiliary line and repeat the process described above. After sufficiently many constructed points the final look of an ellipse will start to show. All that is rest to do is to connect the points. 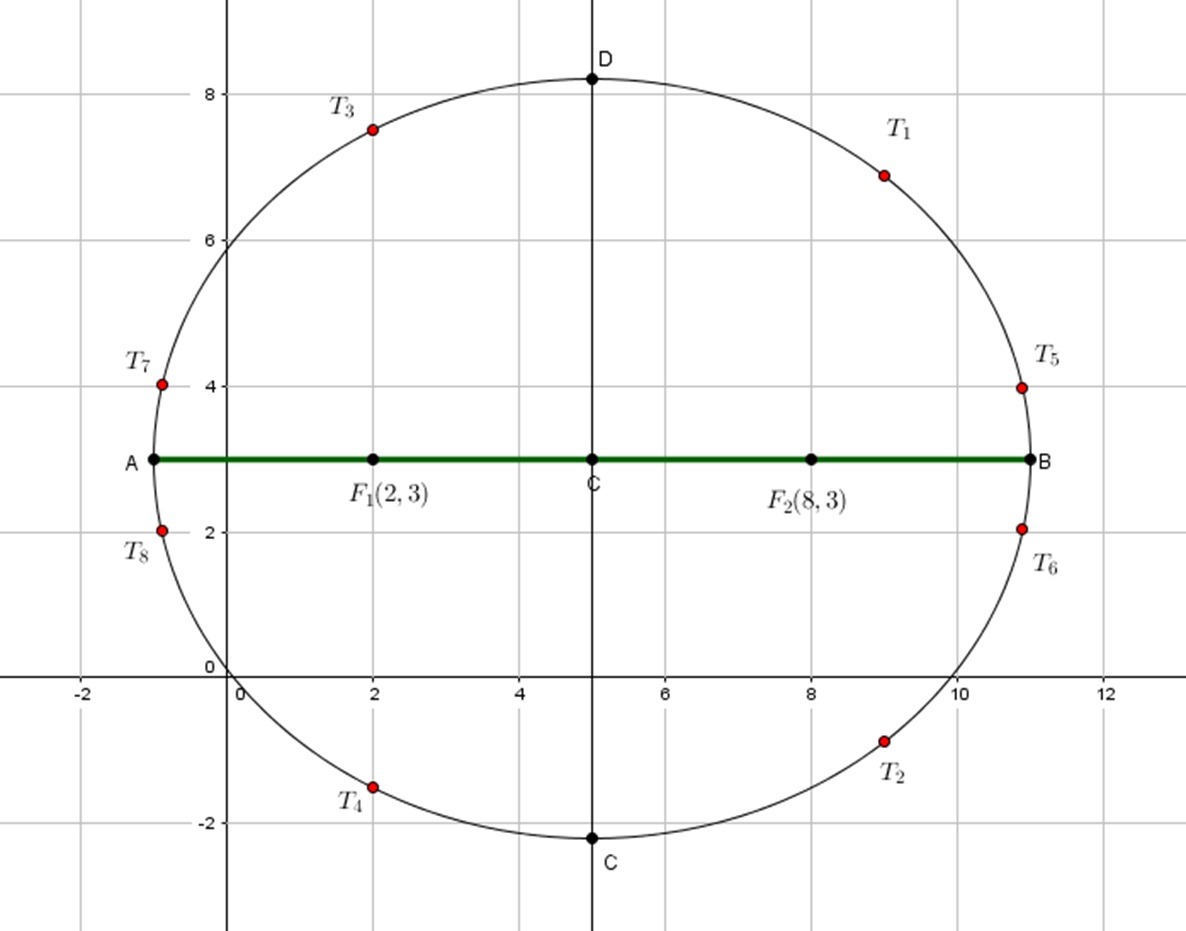 Now, we get fully constract ellipse. Importatnt notice: If you draw less than ten points your ellipse will be more imprecise than if you pick twenty or more points.

Now you can easily start constracting your own ellipse. Just be aware that you can use only divider, ruler and pencil.