Division is one of the four basic arithmetic operations in mathematics. It is the opposite operation of multiplication and means splitting something into equal groups. The symbols for division are “$/$”, “$÷$” and “$:$” .

The division of two numbers has the following form: 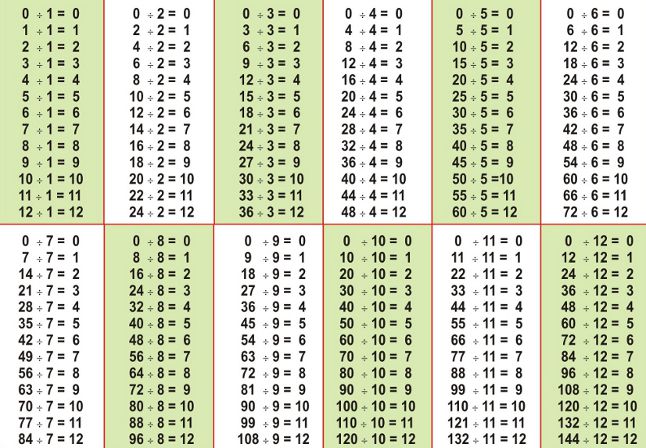 Now, we are going to cover division of natural numbers. If you stick to the principles described in the next part of this lesson, you will have no problem dividing any number by any number. The best way to learn something is by looking at examples of the problem. 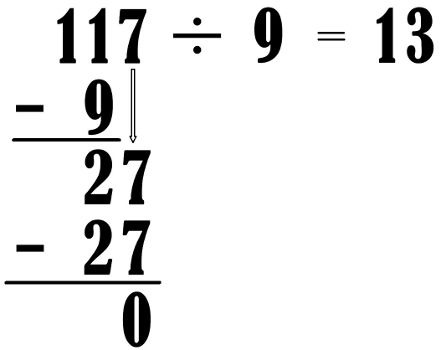 The division in the example above is done in the following steps:
-> We start by dividing the most significant digit with the divisor. In our example the most significant digit is $1$. Digit $1$ can not be divided by digit $9$. If we can’t divide the digit by the divisor, we combine that digit with the next significant digit and get a two digit number. In our case, it is the digit $1$ so we get number $11$. We divide number  $11$ by number $9$. The result is number $1$. Write down number $1$ in the result.
-> In this step, we multiply number $1$ by number $9$ and write under number $11$. After that we must subtract those numbers. 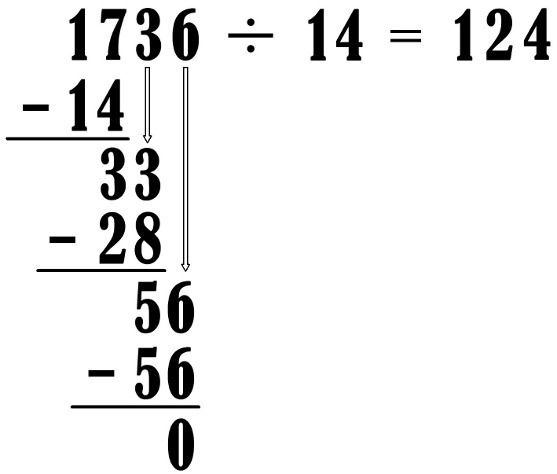