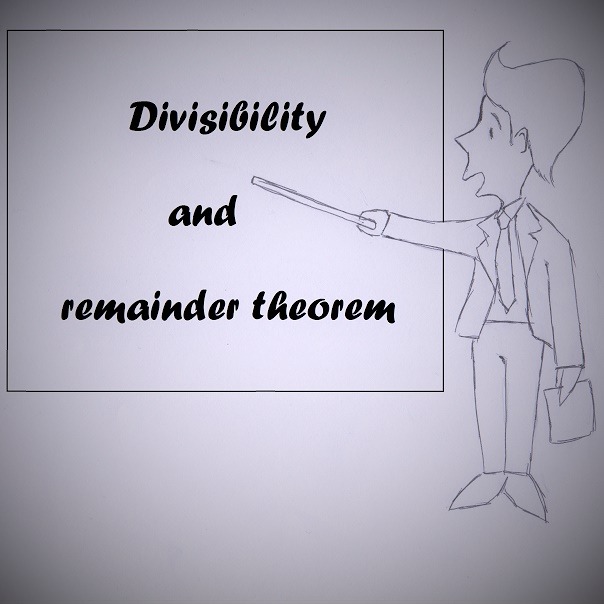 3. Transitive property – it tells us that if one number divides second number which divides third number, then the first number will also divide third number. $ a \mid b$ and $ b \mid c \Rightarrow a \mid c$

The Remainder Theorem for polynomials an application of Euclidean division on polynomials. Let’s explain it closer…

The point of this theorem is realizing what this remainder r really is. Let’s try to replace x with c and see what happens.

This theorem is very useful, especially if we want to know whether one polynomial is divisible by another, linear polynomial. If the remainder is equal to zero, then he is divisible, if it is any other number, he is not.