Random variables have distributions. They can have many forms, however each practice has the one that serves it the best.  For better understanding, we can visualize distribution as a tree diagram of a random variable with a little bit of a changed shape.

Probability distribution of discrete random variable is a list of probabilities associated with each of its possible values.

Lets calculate the probability of each one:

Consequently, the table of distribution would look like this :

Another way of representing probability distribution is by using graphs. The most popular option is probability histogram, but we can use whichever we want. The histogram of previous example would look like this: 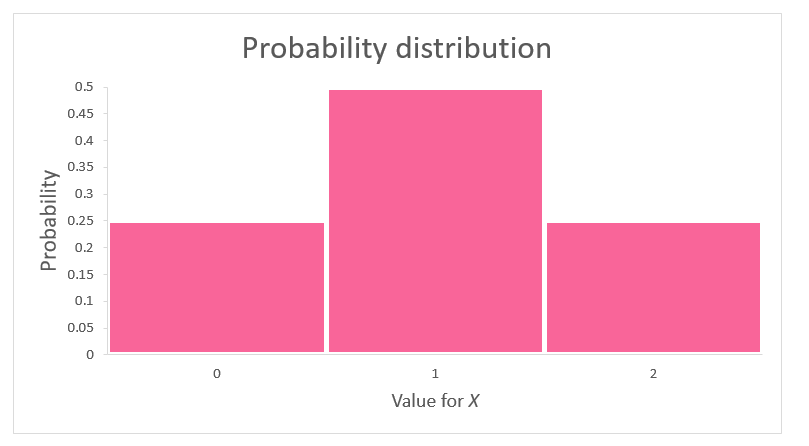 The $x$-axis is value for random variable $X$, while the $y$-axis is the probability of each given value.

Other important part of random variable is its mean, which is a measure of central location, and the variance and standard deviation, which are measures of spread.

However, PMF is a little bit more complicated for the continuous random variable but that will be explained in another lesson.