This concept statement basically says that you cannot draw two different triangles that have all three sides of the same length. This means that every triangle that has matching sides of the same length will be congruent. It’s not important in which position are the triangles as they can be moved, rotated and mirrored. However, if the triangles have equal corresponding sides, they are thus congruent. Additionally, they also will then contain three equal corresponding angles which are congruent. The triangles are therefore equal and congruent in all properties. 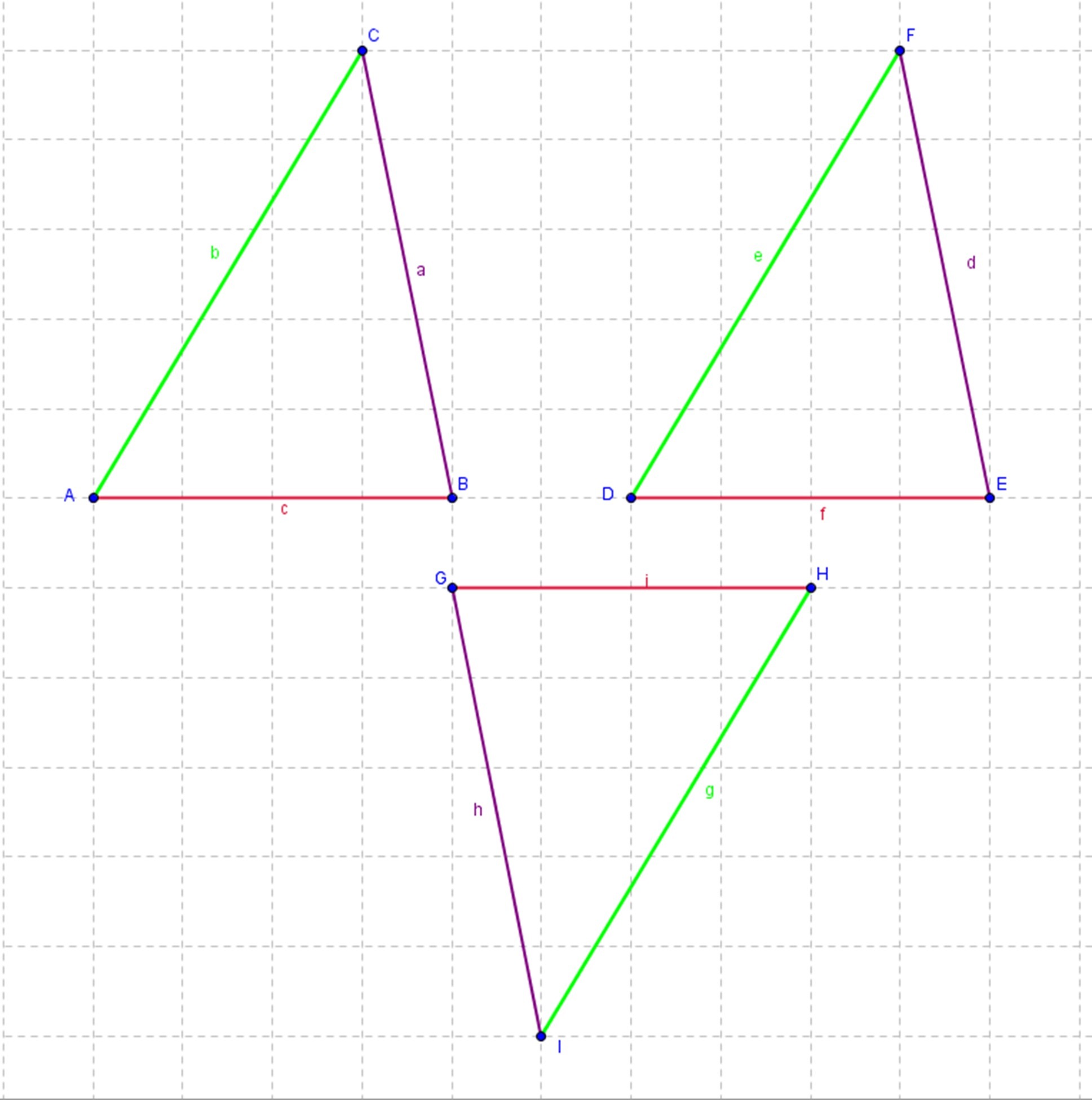 Two (or more) triangles are congruent if two sides in one triangle are congruent to the corresponding sides of the other, and if the angles they enclose are of equal measure. 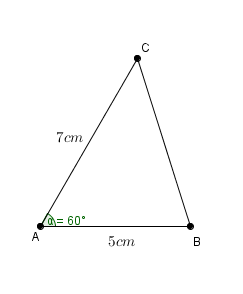 Construct side $c$. Now, let’s continue to the construction of an angle.
This angle is enclosed by sides $c$ and $b$, so we will construct our angle with the vertex at point $A$. Now we must construct the circle with the center at point $A$ with a radius of $7$ cm (length of $b$), we obtained point $C$. The final step to complete the construction is connect points $A$, $B$ and $C$. 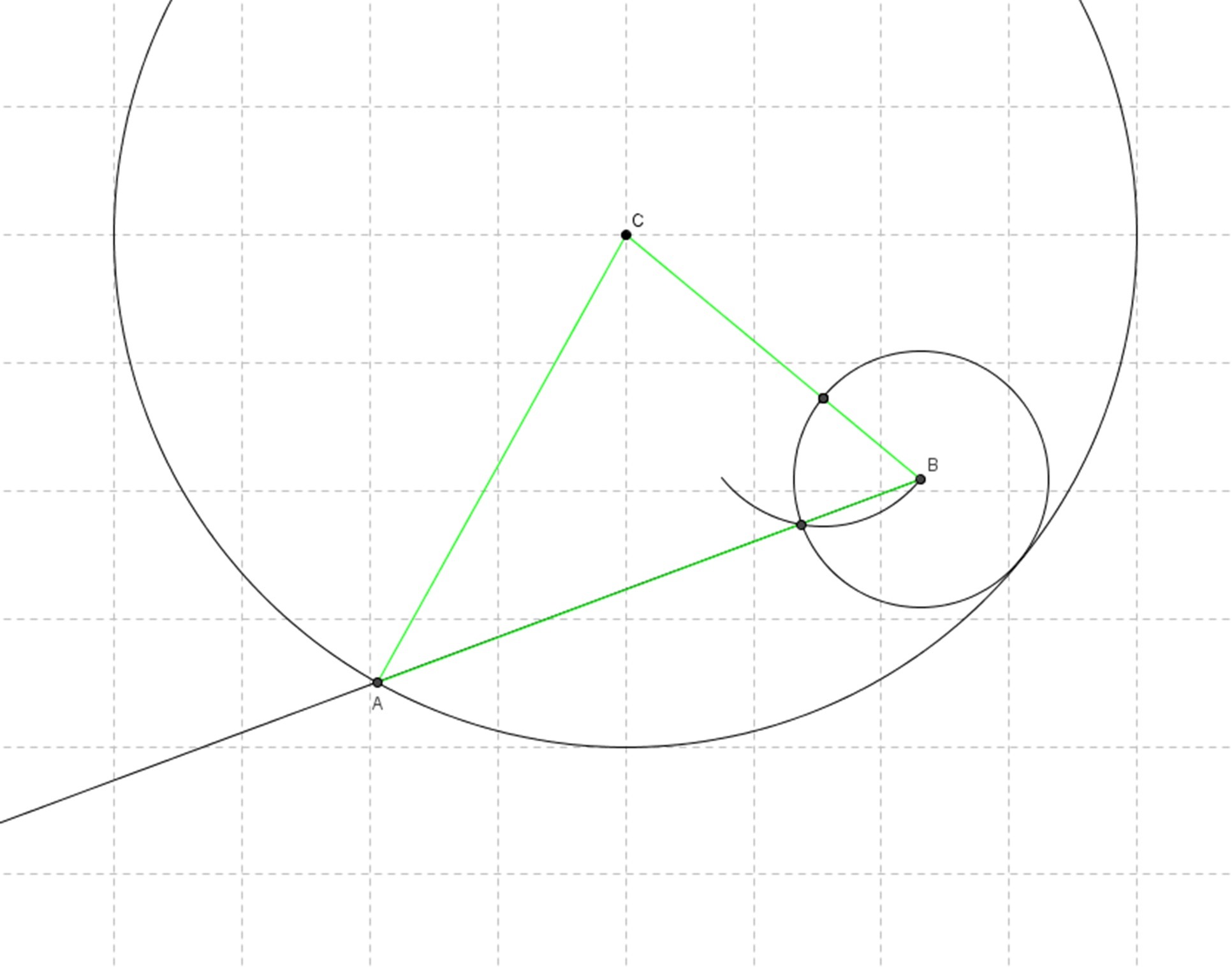 As we can see by the construction above there is only one triangle that can be constructed if two sides and the angle between them are the default. If we construct additional triangles with the same default properties, the triangles will be congruent (all sides of equal length and all angles of equal measure).

For example, the following three triangles are congruent. 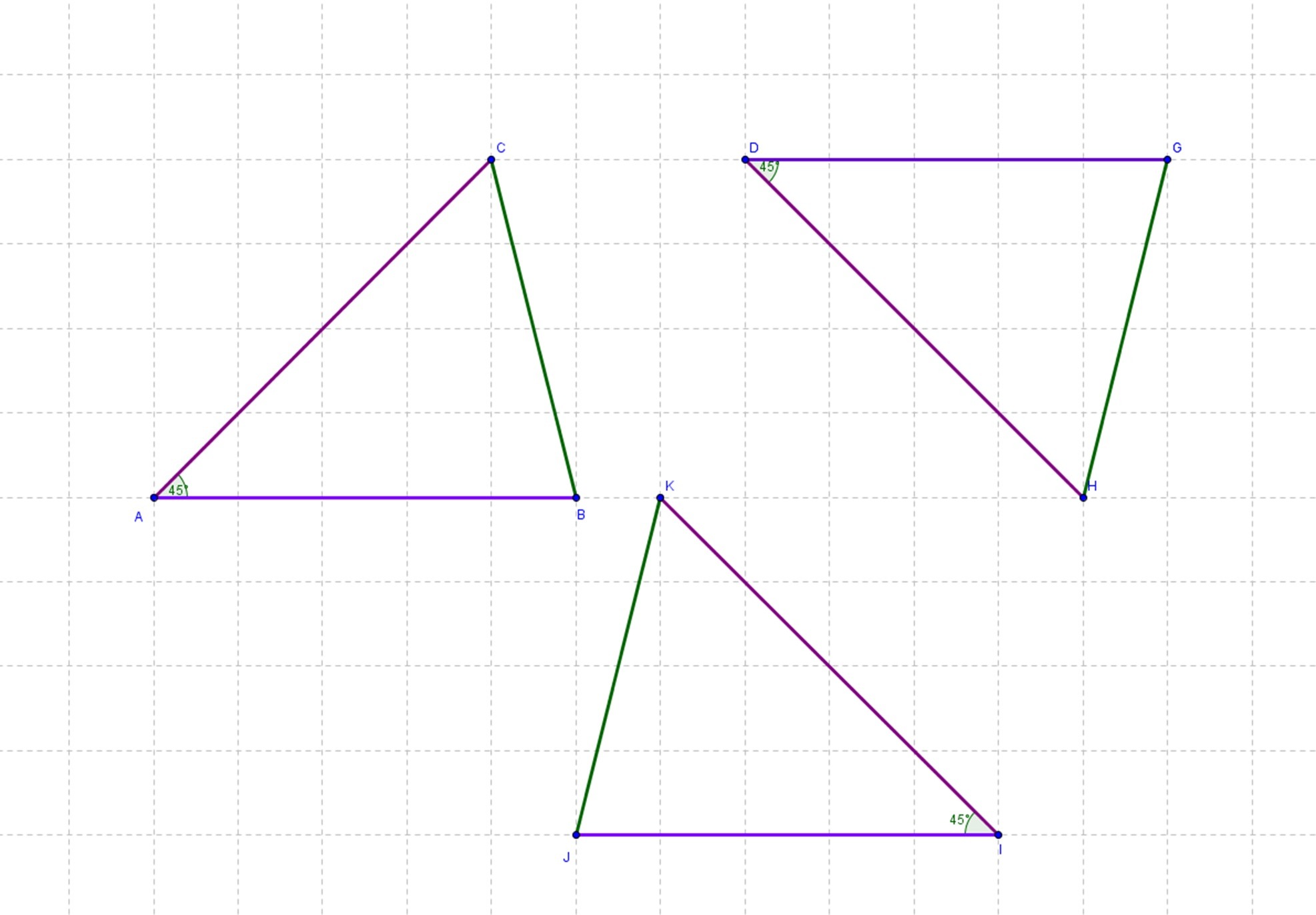 Are triangles $ABC$ and $PQR$ congruent if $|AB| = |PR|= 8$, $|BC| = |PQ| = 12$, $\angle{ABC} = \angle{QPR}= 40^{\circ}$?
As we can see, all given lengths of the sides of triangle $ABC$ each correspond to the sides of triangle $PQR$, and the measure of given angles. However, this is not enough- we have to investigate if the angle is in the correct location, which also indicates we must confirm if the angle in triangle $PQR$ is properly enclosed by the sides with the same length as the same angle in the triangle $ABC$.

The simplest way is to draw a sketch; it’s not important to be precise, it is sufficient for us to make the relevant conclusions from it. Therefore, angles $\angle{ABC}$ and $\angle{QPR}$ are enclosed by the sides which are of equal length. By the SAS theorem triangles $ABC$ and $PQR$ are thus congruent. 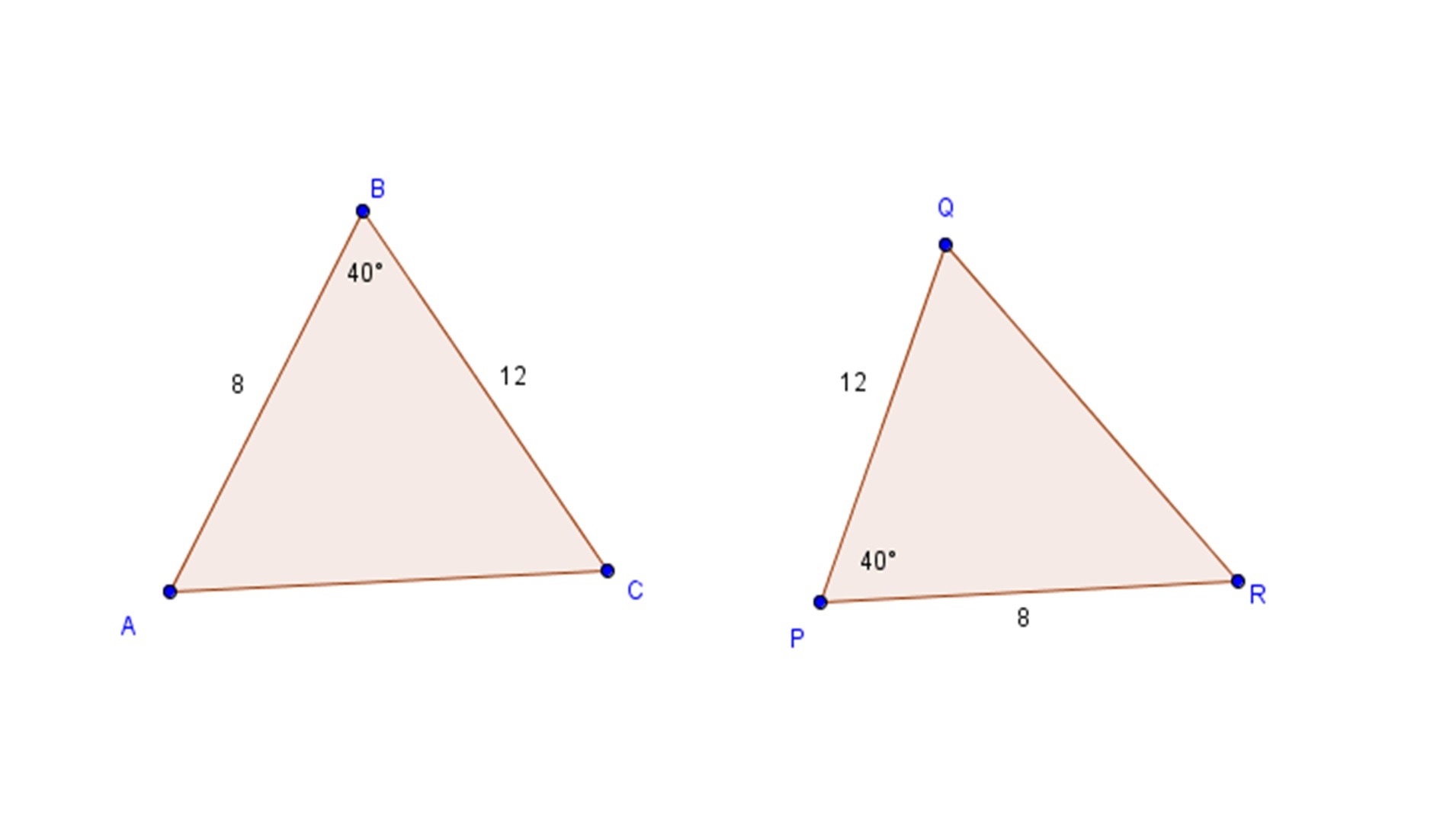 Construct side $|AB|=c$ and then construct angles $\alpha$ at vertex $A$ and $\beta$ at vertex $B$. The point where their arms intersect is point $C$. 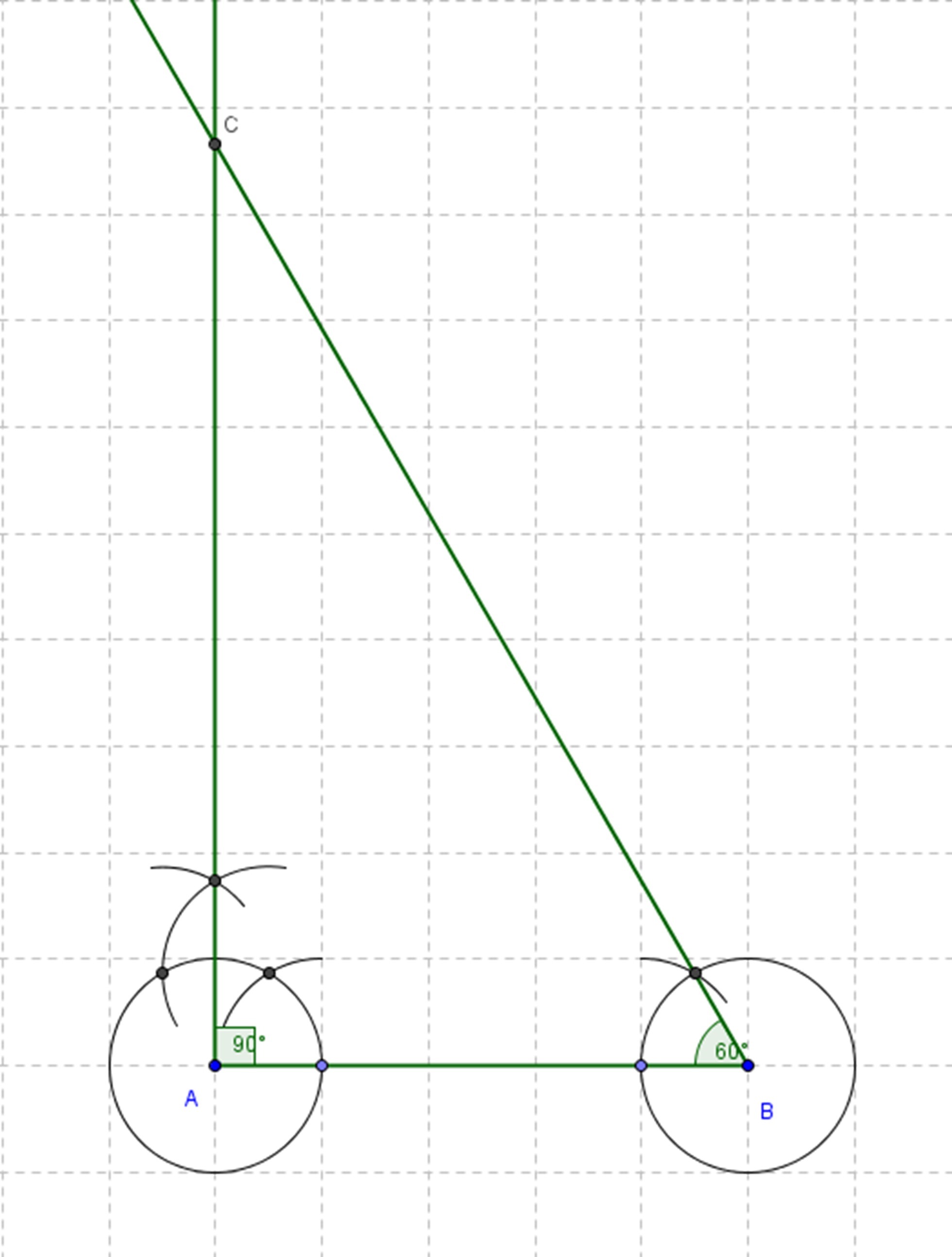 Two (or more) triangles are congruent if they contain two sides of equal length and a non-included angle of equal measure which is opposite to the larger side.

We know that the sum (of the measures) of all interior angles of a triangle is equal to $180^{\circ}$. Considering that, we can calculate the measure of angle that is missing:

Now we can see that triangles $ABC$ and $PQR$ are congruent by the ASA theorem.

Right triangles also have special congruent postulates that apply to them.

Two (or more) right triangles are congruent if their corresponding legs are of equal length.

This theorem is equivalent to SAS theorem, because we know the lengths of two sides(legs) and the measure of an included angle.

When we know lengths of both legs, then there is only one segment line that connects two points at their ends. 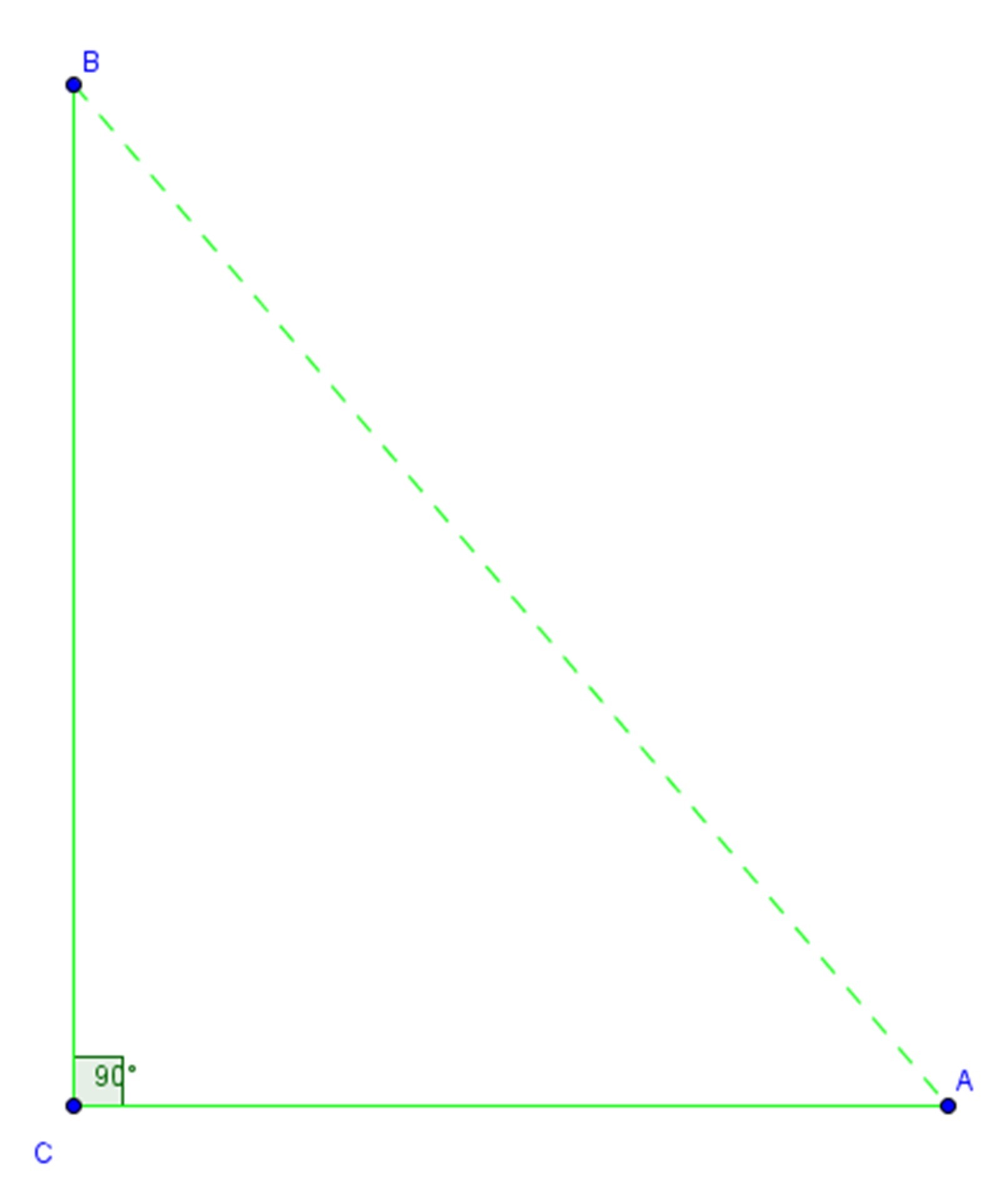 Two (or more) right triangles are congruent if their hypotenuses are of equal length, and they have as well corresponding legs with each of equal length.

This theorem is equivalent to SSA theorem, because we know the length of one side(leg), the length of the larger side(hypotenuse), and the measure of the non-included angle (the right angle).

Firstly, we will construct the leg, then an angle, and bisect the arm of an angle with a circle that has radius equal to the length of a hypotenuse. 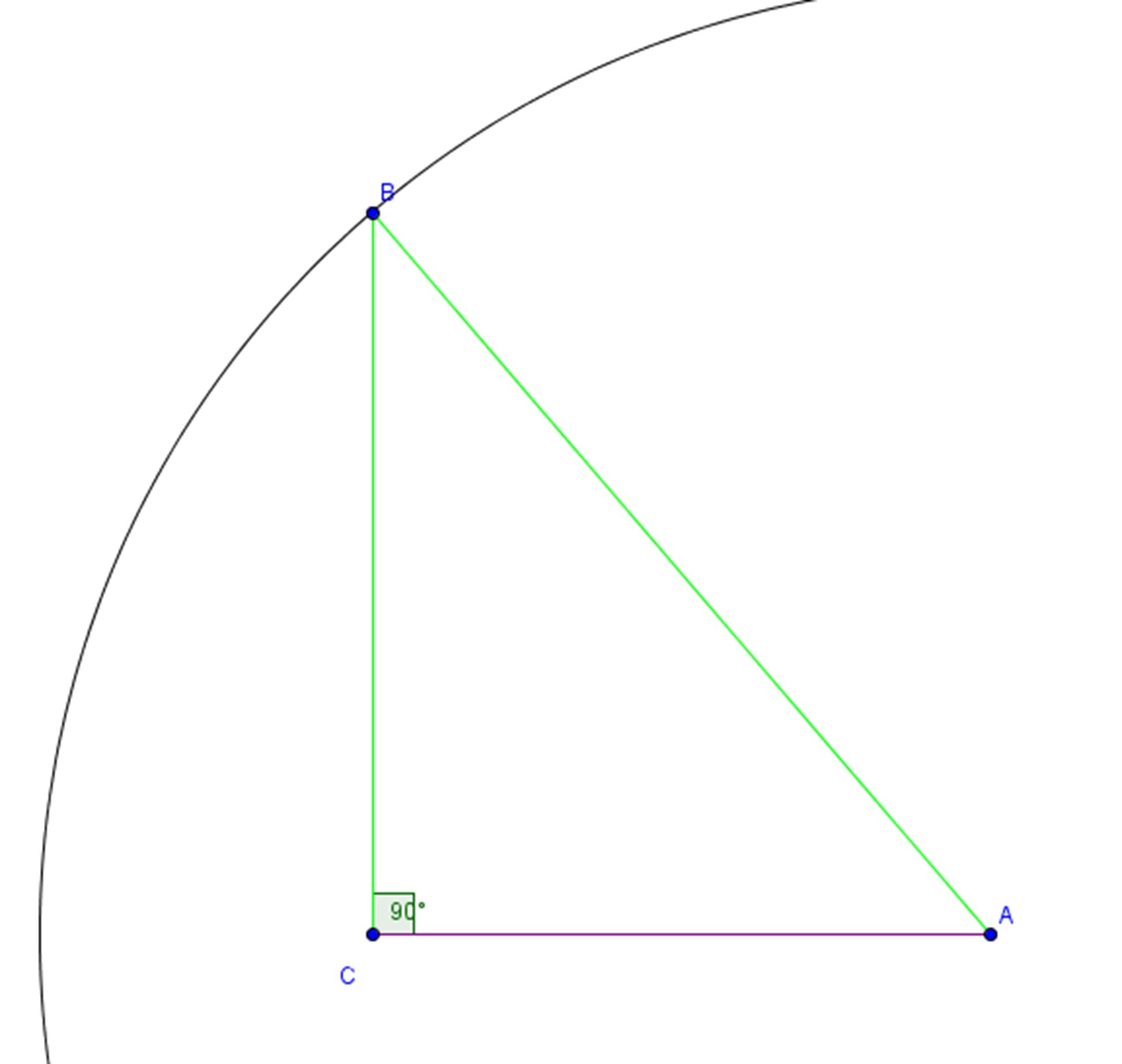 Two (or more) right triangles are congruent if their hypotenuses are of equal length, and one angle of equal measure.

This theorem is equivalent to AAS, because we know the measures of two angles (the right angle and the given angle) and the length of the one side which is the hypotenuse.

We will construct one with $ 60^{\circ}$. The steps of constructions are marked with numbers. 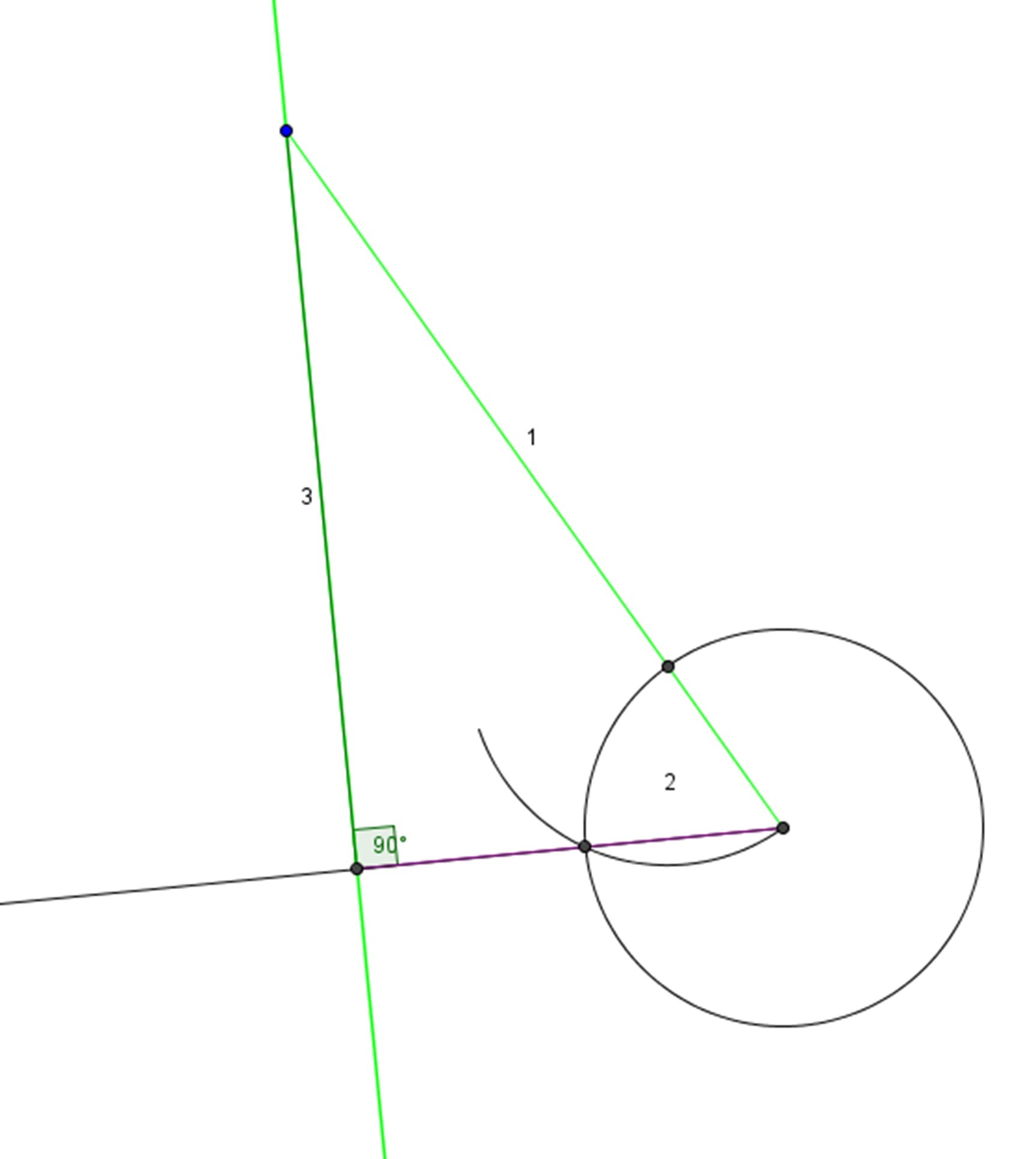