In this lesson we are going to learn which is the easiest way of comparing two natural numbers, how to compare integers and to use mathematical signs of comparison.

How to compare natural numbers? 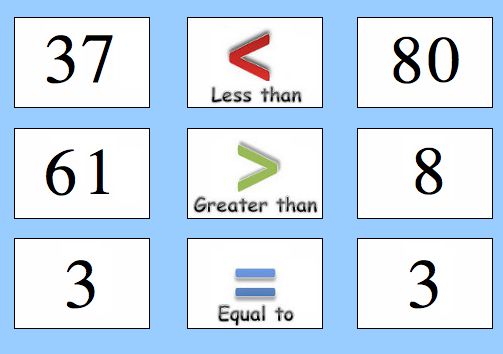 The “rule of number value increasing” from the left to the right on the number line stated above also applies to integers.

You need to determine their “position” on the number line and then see if the number $A$ is positioned to the left or to the right of the number $B$. The value of integers decrease as their absolute value increases and reverse. It is also useful to remember that the value of negative numbers is always smaller than the value the positive numbers (unless we’re talking about comparing their absolute values, which are always positive). 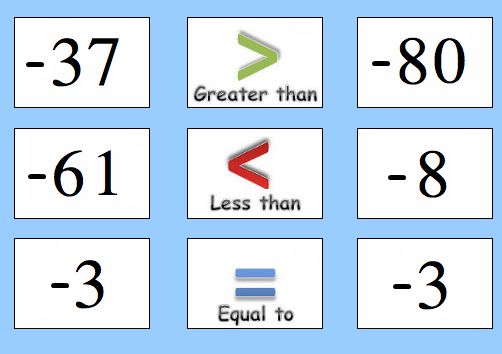 In mathematics there are six signs that we use when comparing numbers. The most important signs are:
● Larger than (>)
● Smaller than (<)
● Equal to (=)