Let’s first remember how to construct angle bisectors. First you draw a circle with center in a vertex of your angle and arbitral radius. From the points you got as intersections with your circle and arms of angle, you construct another two circles. Draw a semi line that goes through vertex and intersection of those two circles and you bisected your angle.

After knowing to construct angle bisector, people started wondering what would happen if they drew all three angle bisectors in a triangle. Will they intersect in the same point and what would that mean. So let’s try constructing it. 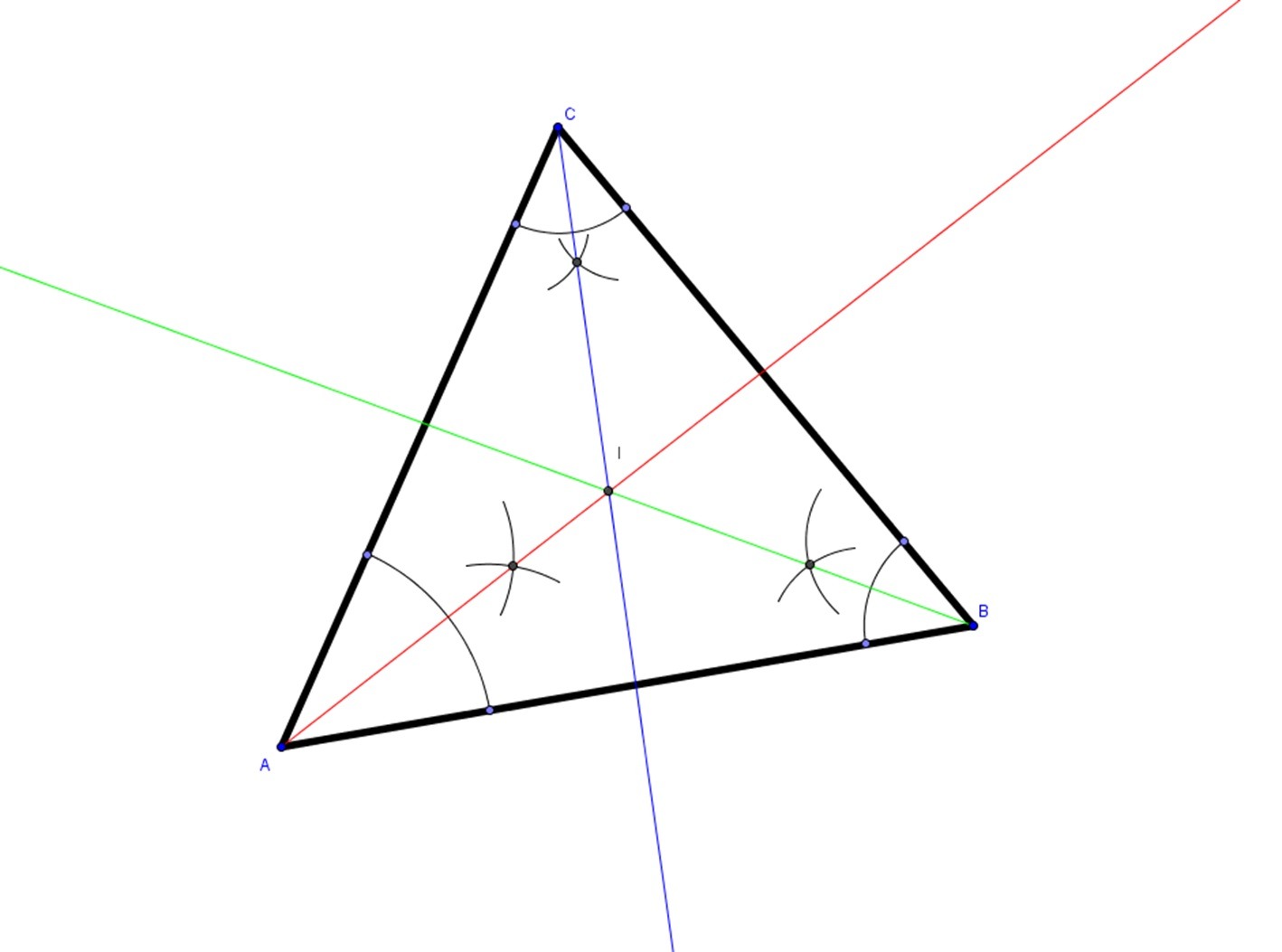 We got that all three angle bisectors intersect in the same point. Let’s mark it with an ‘I’. 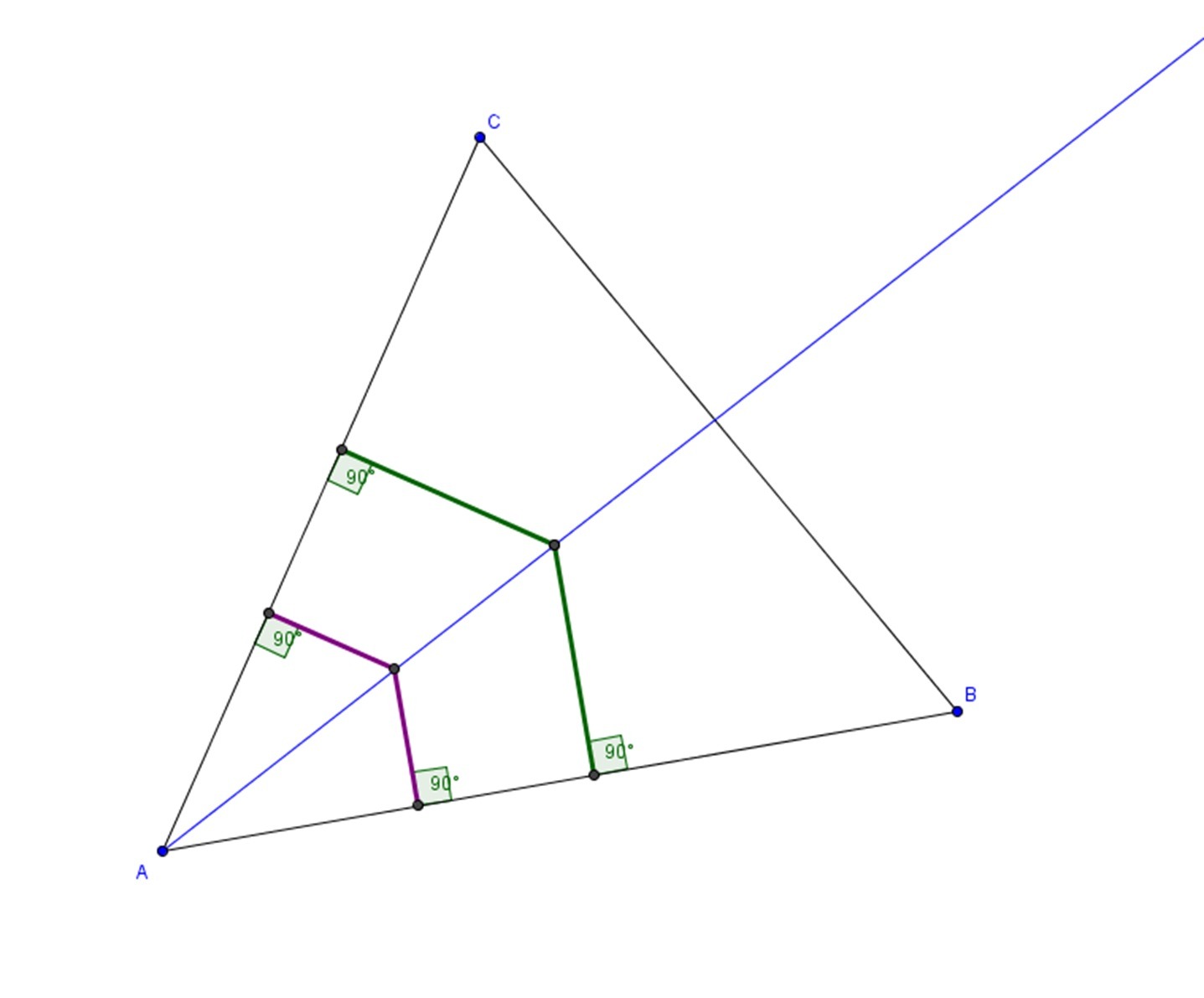 And this will be valid for every point on that bisector, and also equivalent for other angles.

If we put the needle of the compass in I, and spread it to the one side, you’ll get a circle which touches all sides of a triangle. But, you have to be careful, most common mistakes are those that you usually take distance from intersection from your bisector to the center, but that is not proper way. You have to have real distance from your point to the side, and you find that by making a perpendicular line from your side through center.

Interesting fact: in a right triangle, the center of incircle is located in the middle of hypotenuse. 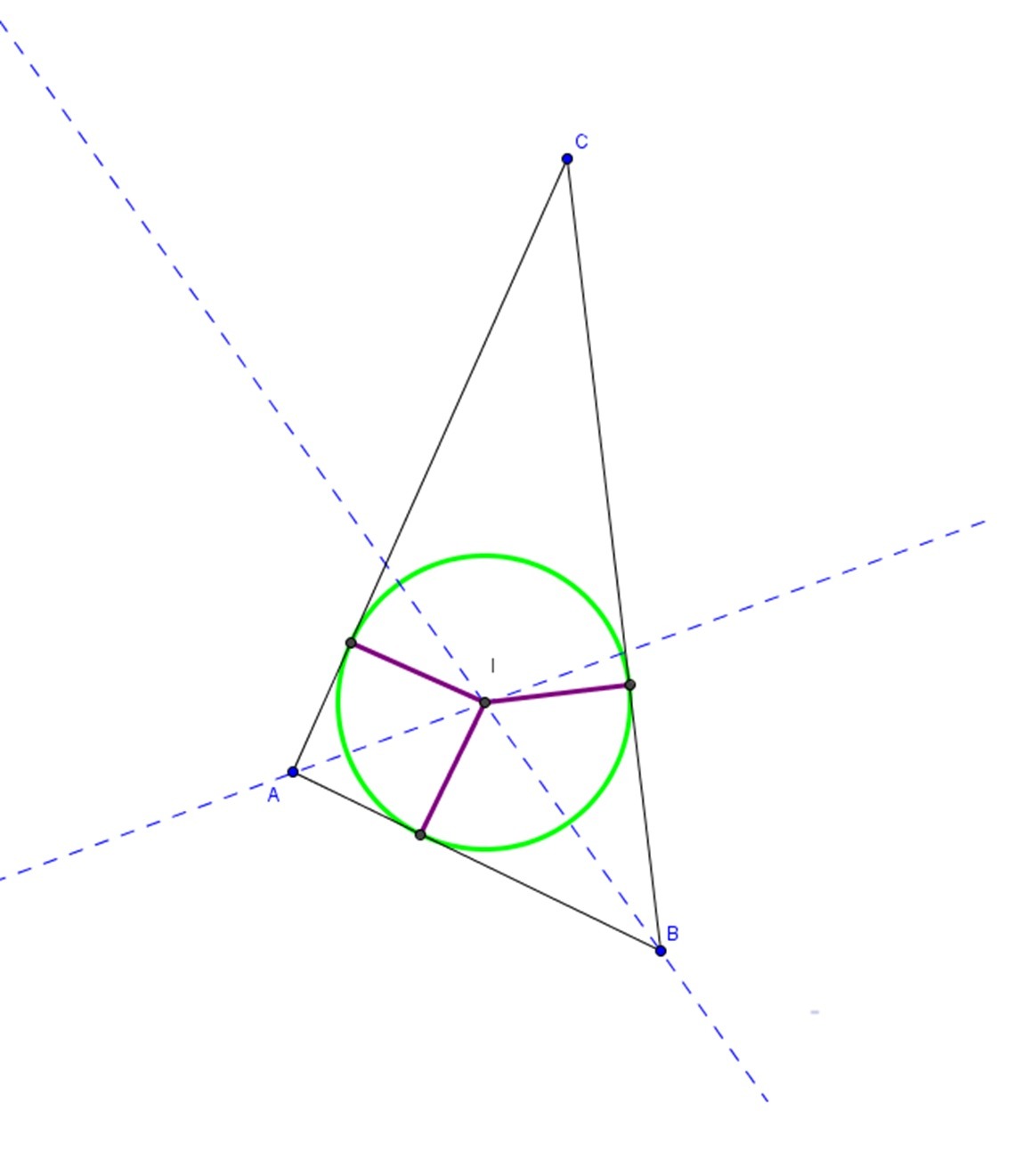 That center is called the center of incircle or inscribed circle.

It can be opposite – to inscribe triangle into circle:

Medians are line segment which connect points of a triangle with the middle of the opposite side. They also intersect in one point which is called centroid. It is called a centroid because he is located at a center of mass. That means if you cut out a triangle form a cardboard, find his centroid, and pierce it with your compass, your triangle should be perfectly horizontal.

Centroid is usually marked with a G. 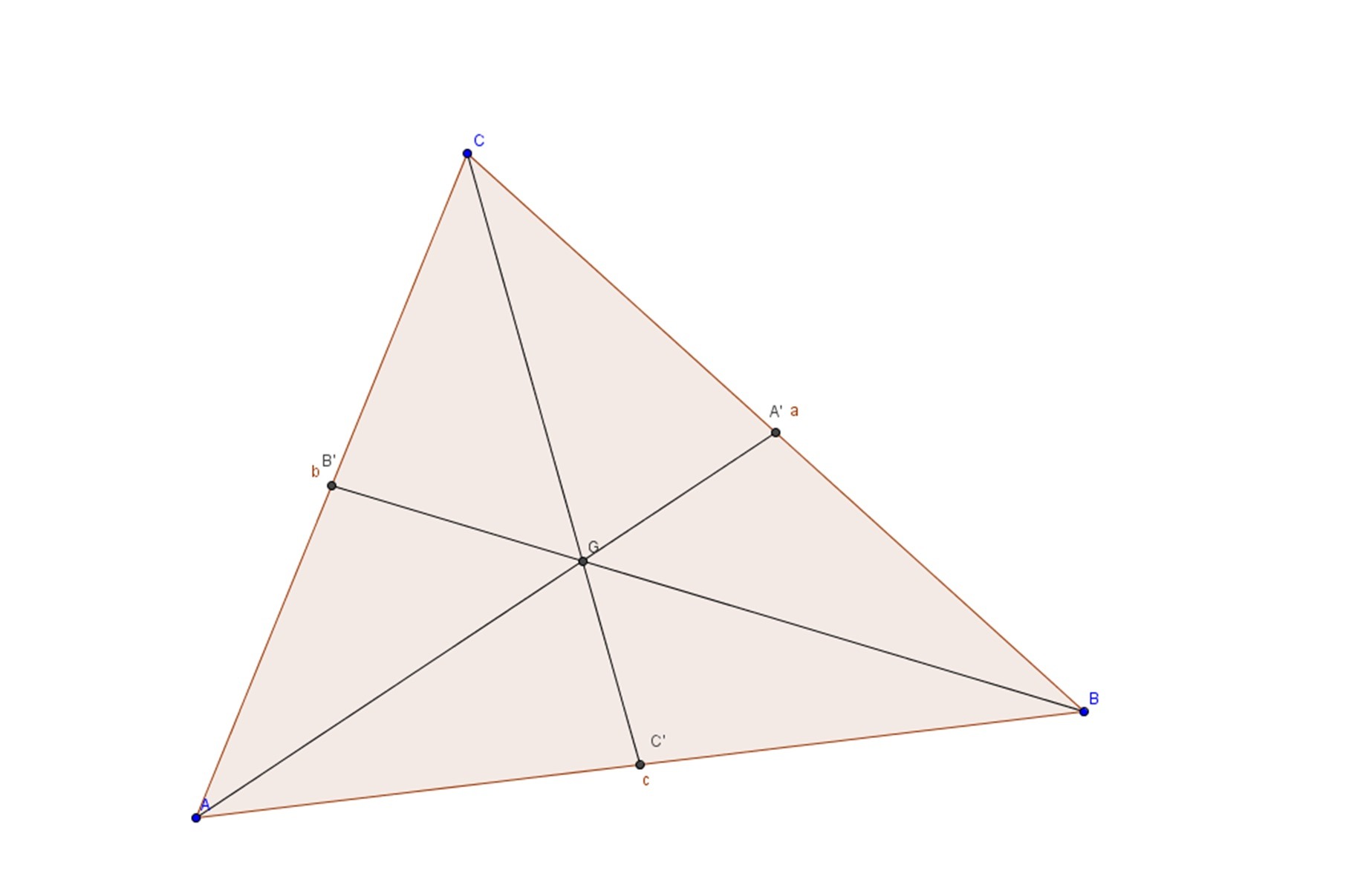 Medians have one special property. No matter in which triangle we are constructing them, medians will intersect in 2/3 of their length from points of triangles. 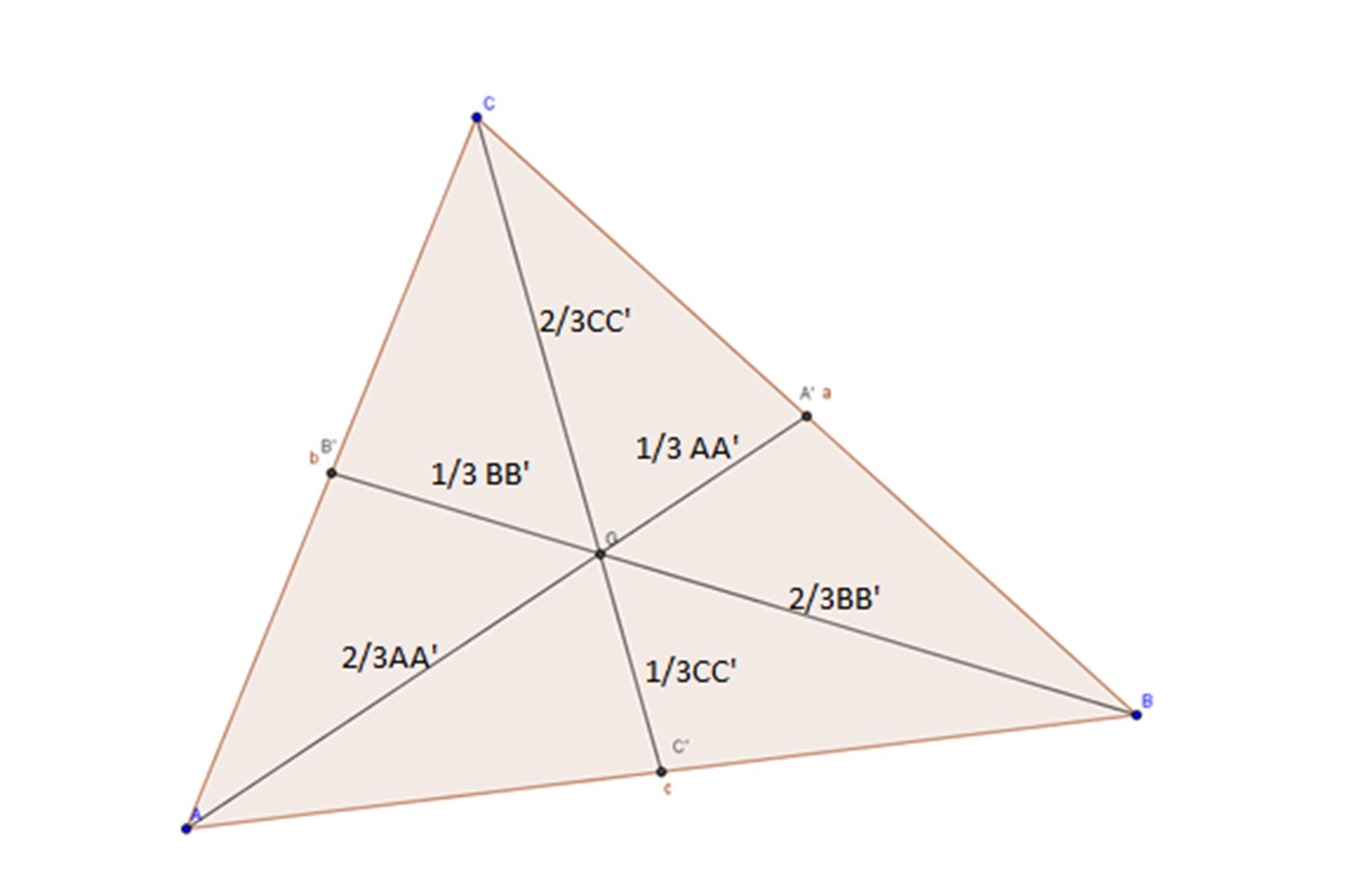