In the previous lesson we learned about probability of one event. However, in real life, we often encounter situations with mixed events. For example, lets say we have a bag full of fruits (green and red apples) and vegetables (tomato and carrot). The questions we could ask are:

For situations like this, we’ll use one of the basics in probability theory: addition rule. Lets explain it in the following example.

In a group of $126$ students $57$ are seniors, $62$ are female and $32$ are female seniors. Find the probability that a student picked from this group at random is either a senior or female. 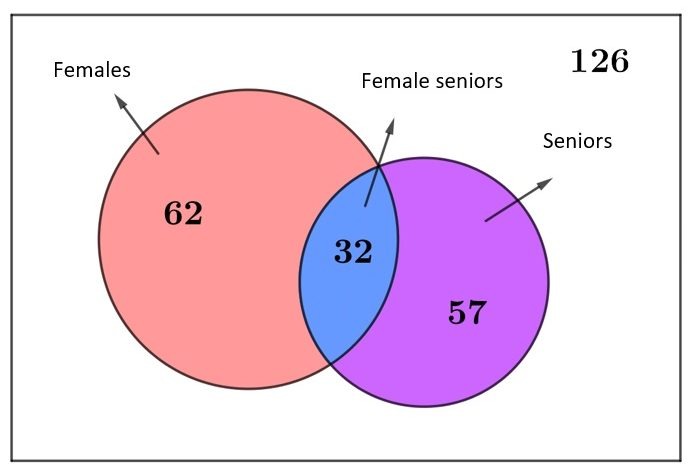 Finally, lets find the probability of picking a female or a senior. We know that denominator is still $126$. Lets find numerator. There are $62$ females and $57$ seniors. However, we can’t just add those two numbers. If we did, we would have counted female seniors twice, since they are in both groups. Consequently, we need to subtract their intersection.

We can rewrite the above fraction as:

Which is equal to

And this is what we call the addition rule.

We want to know the probability of $A \cup B$. Firstly, lets add up their separate probabilities, $P(A) + P(B)$. Consequently, we counted the intersection twice. Since that’s not what we wanted, we have to subtract $A\cap B$. 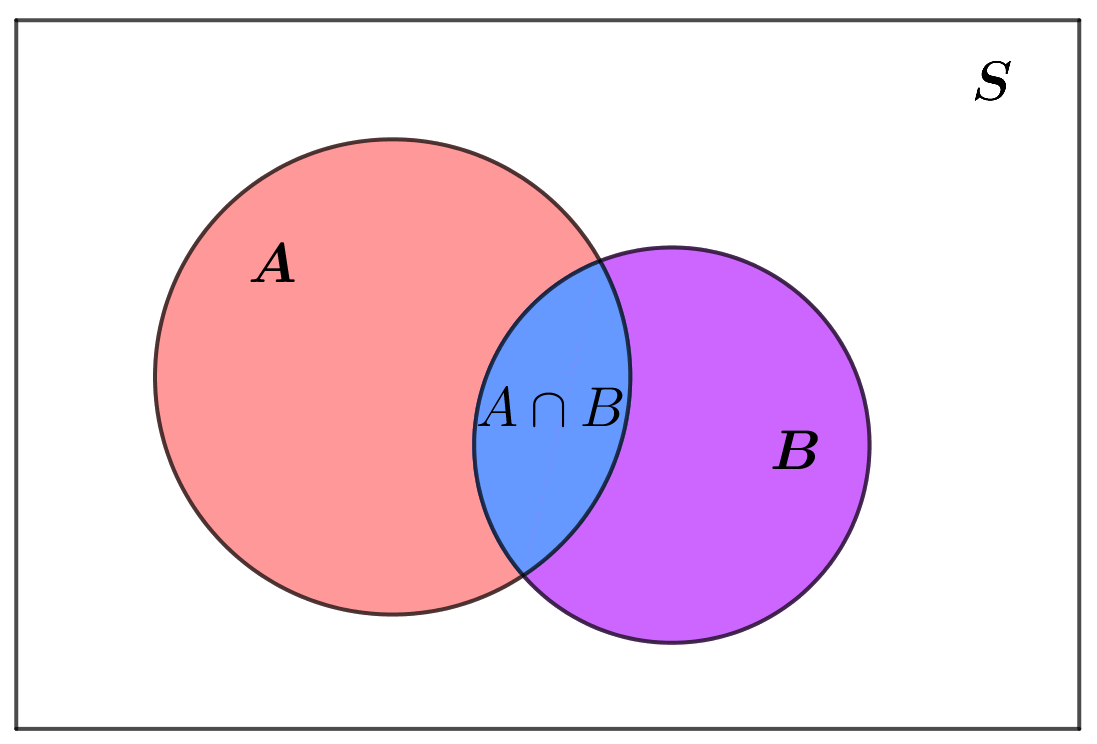 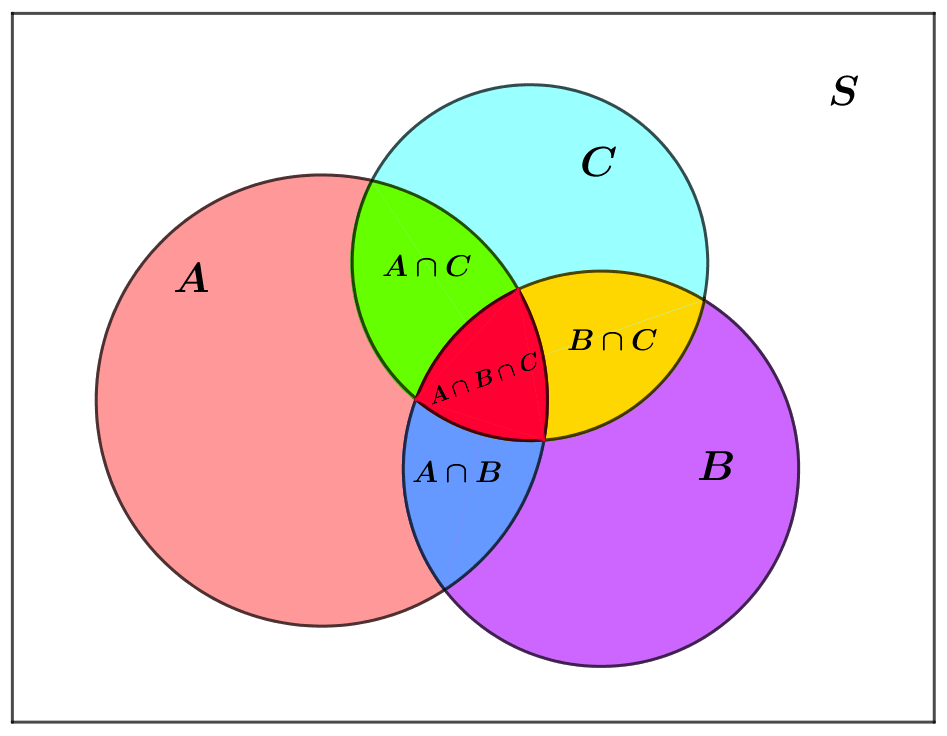 Following the same way of thinking, we can make the addition rule for $3$ events. Firstly, we sum up probabilities of all events. Further, we’ll subtract the intersections of every pair of events. However, by doing that we would be left without the intersection of all three event so we add one back. In conclusion, the addition rule for three events is $$P(A \cap B)=P(A)+P(B)+P(C)-P(A\cup B) – P(A\cup C)-P(B\cup C)+P(A\cap B \cap C)$$ 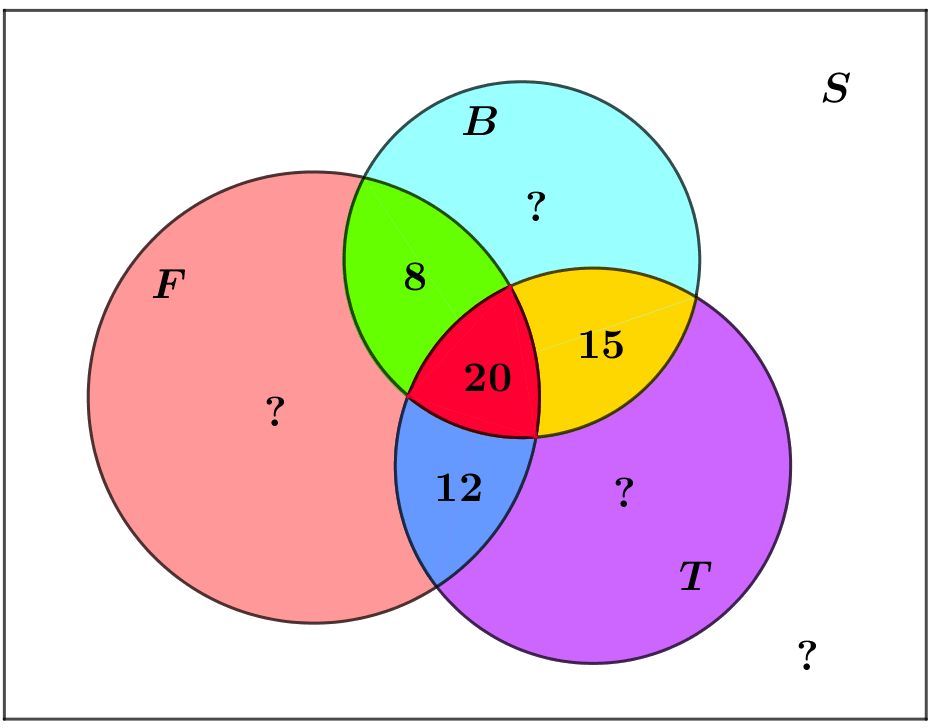 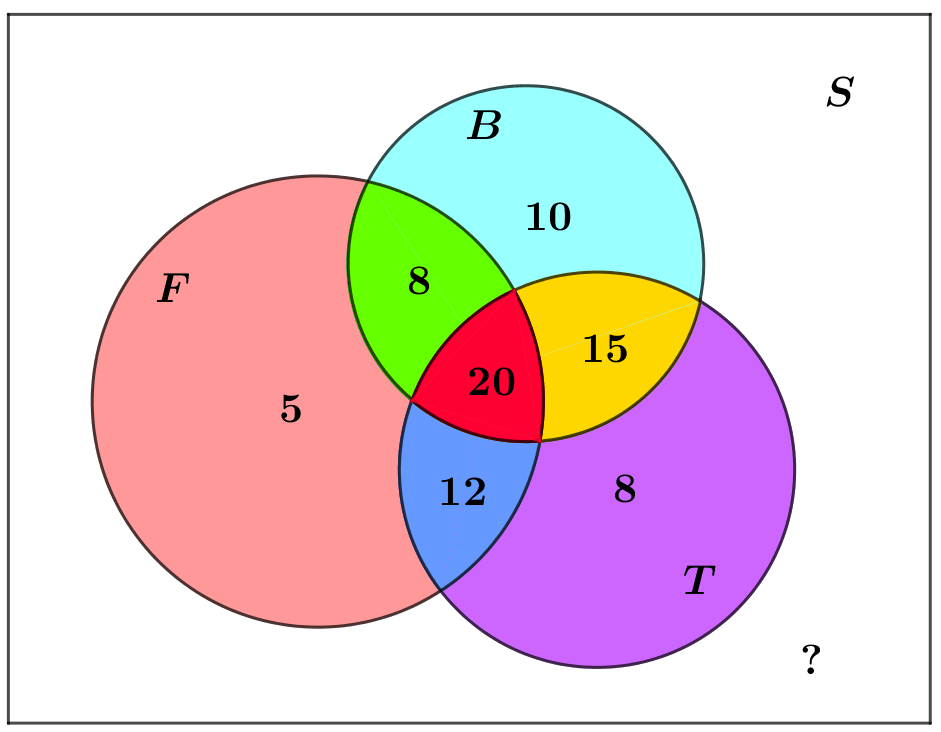 We can see we have one more unknown data. That’s precisely the part of the question we need to solve. To find the wanted probability we need the number or players who don’t play any sport. 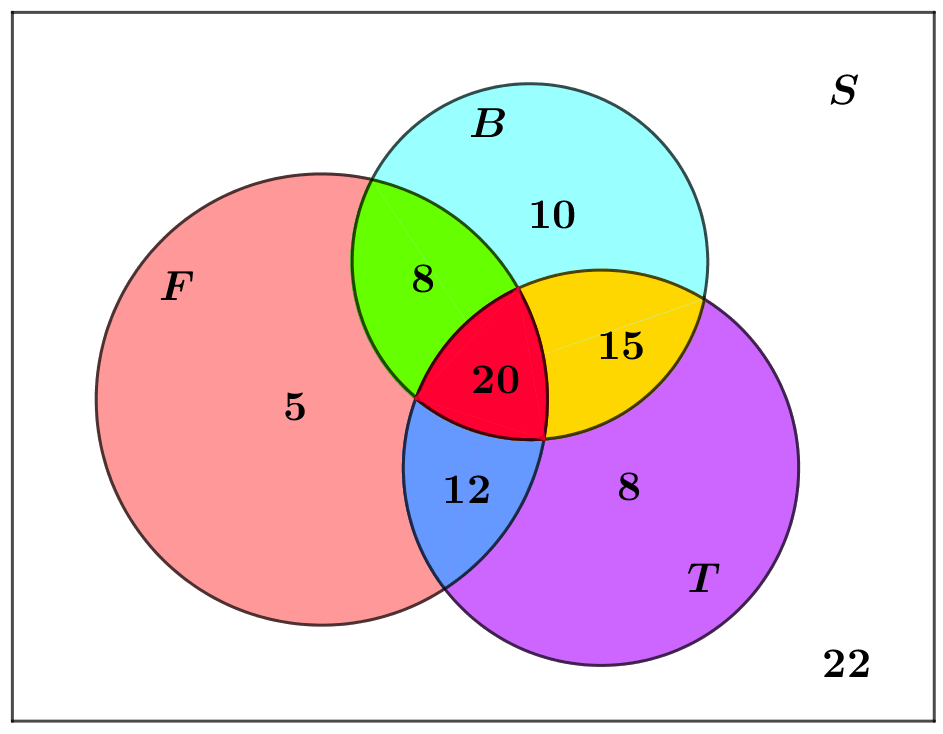 Finally, probability of randomly selected player not playing any sports is :