The Koch Snowflake was created by the Swedish mathematician Niels Fabian Helge von Koch. In one of his paper he used the Koch Snowflake to show that is possible to have figures that are continues everywhere but differentiable nowhere. Koch snowflake, curve or island is one of the earliest fractal curves that have been described. 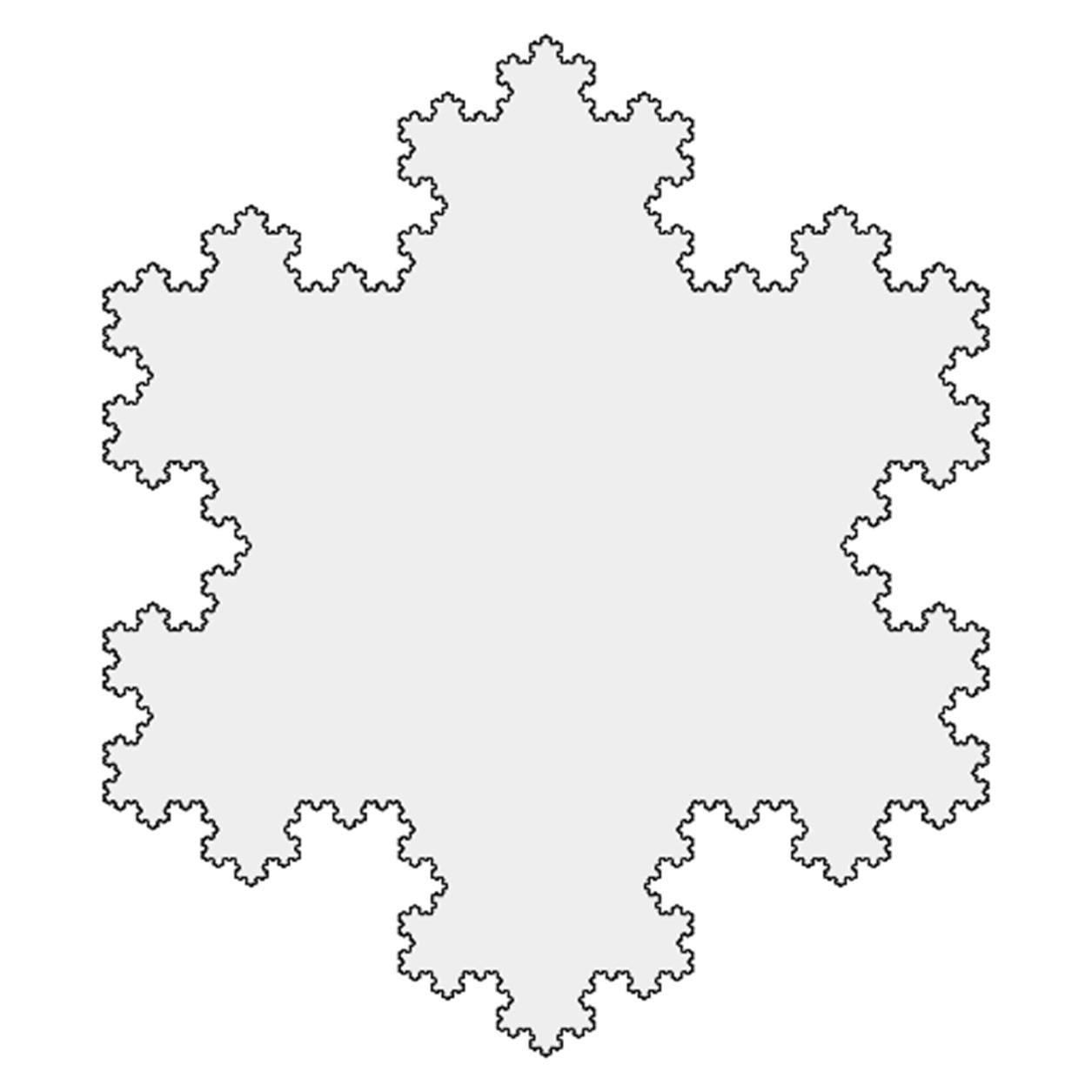 How can you generate Koch snowflake yourself? First draw an isosceles triangle. And divide its sides on three equal parts. 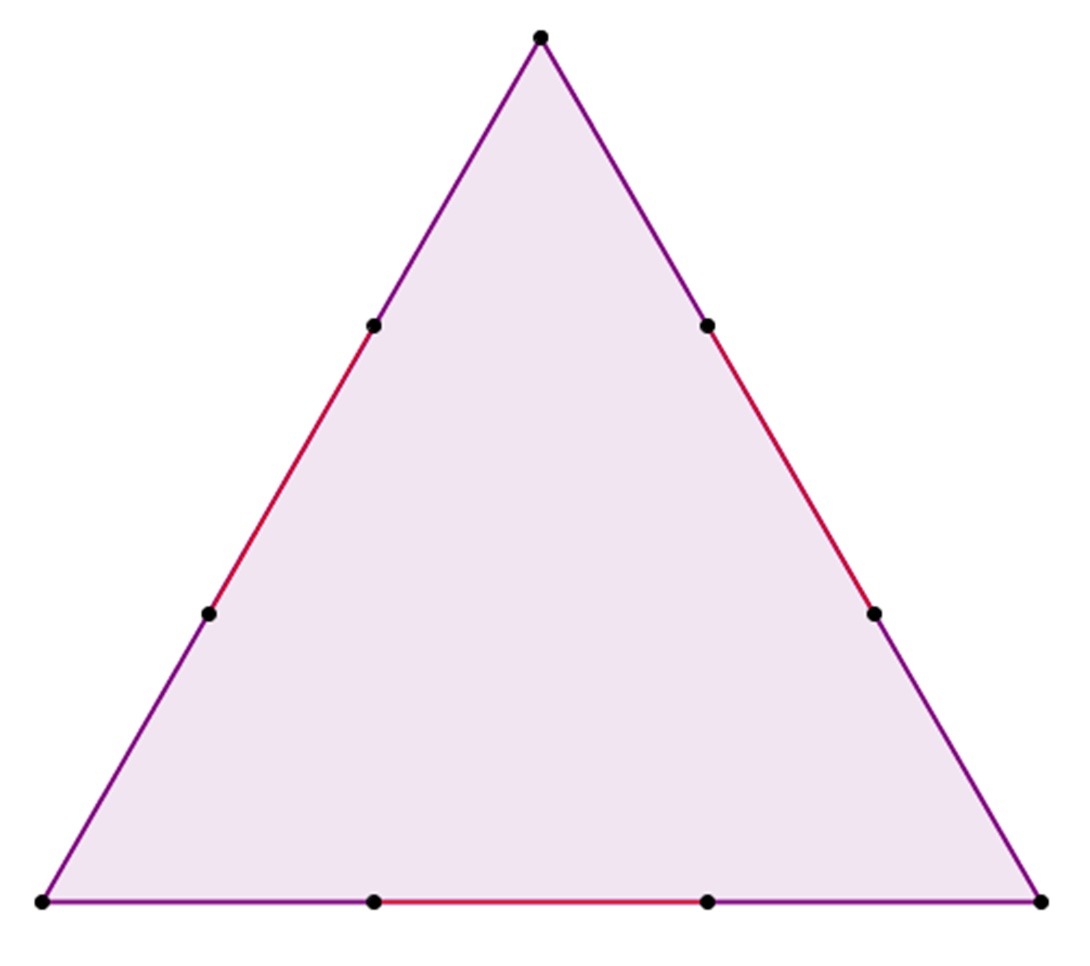 Now, construct isosceles triangles whose one side is one middle third. 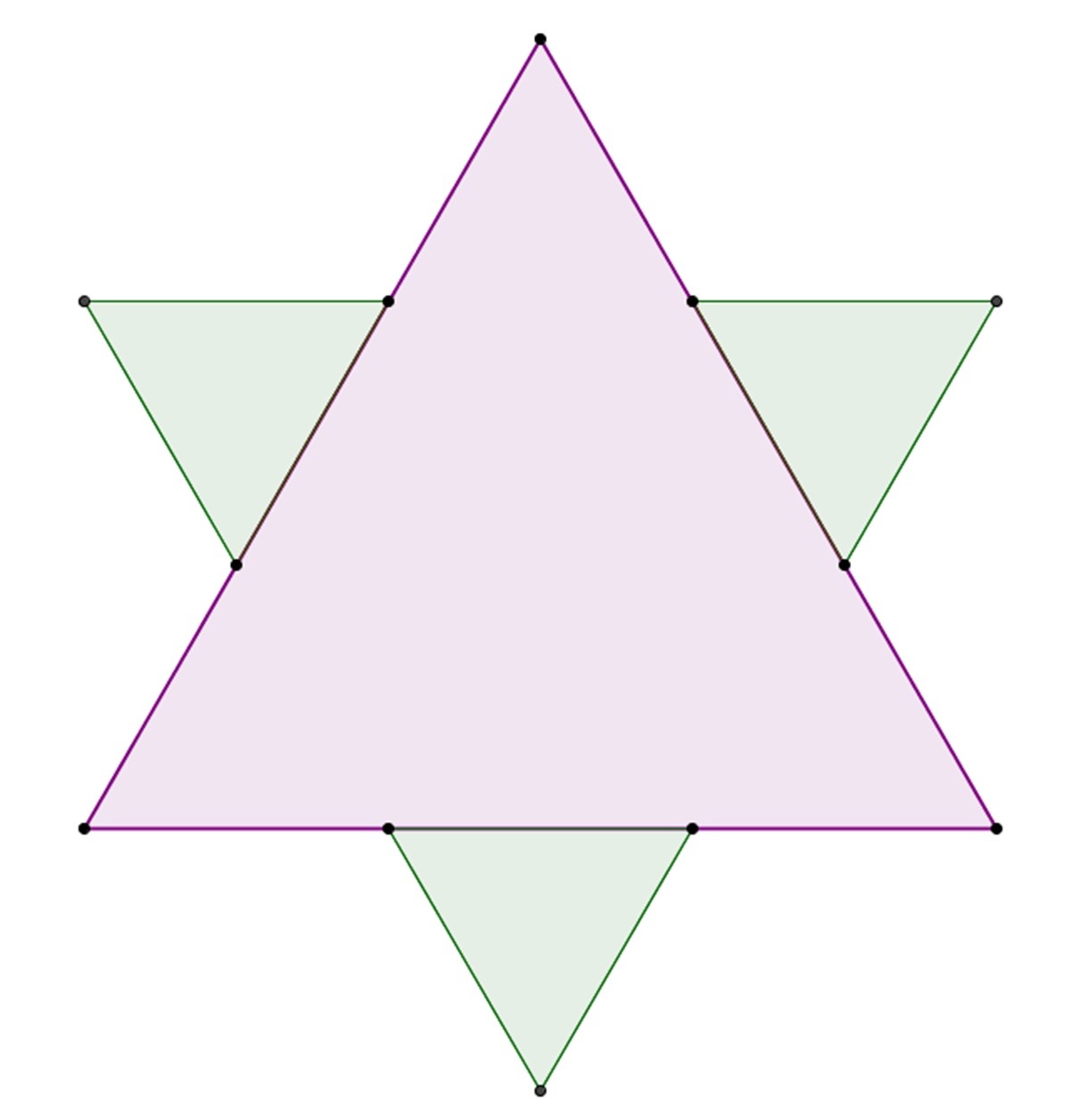 Take a look at the character we got. Now you can easily locate six new triangles. Again, you divide its sides on three equal parts and construct new isosceles triangles. 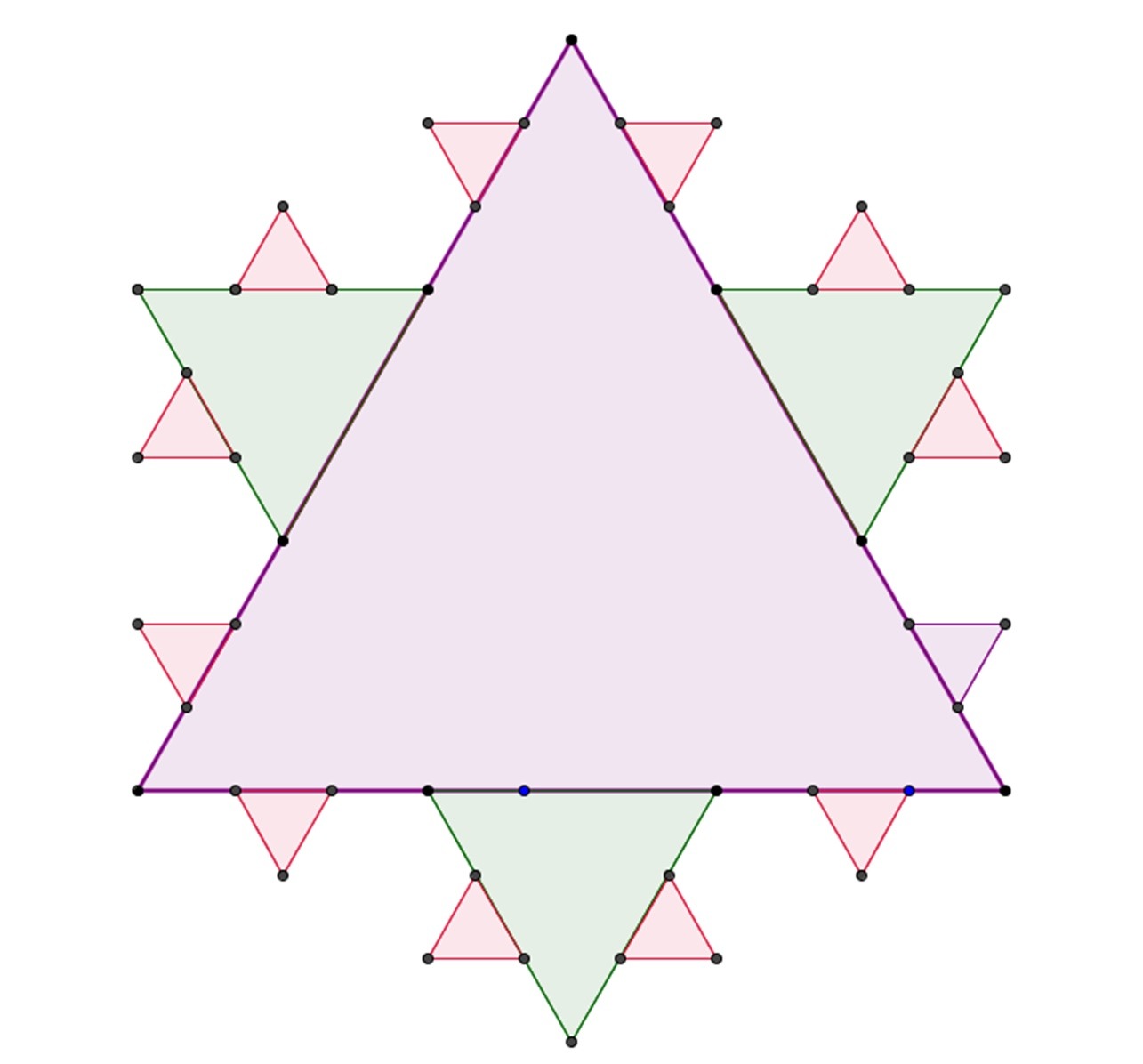 From here you just continue the procedure. 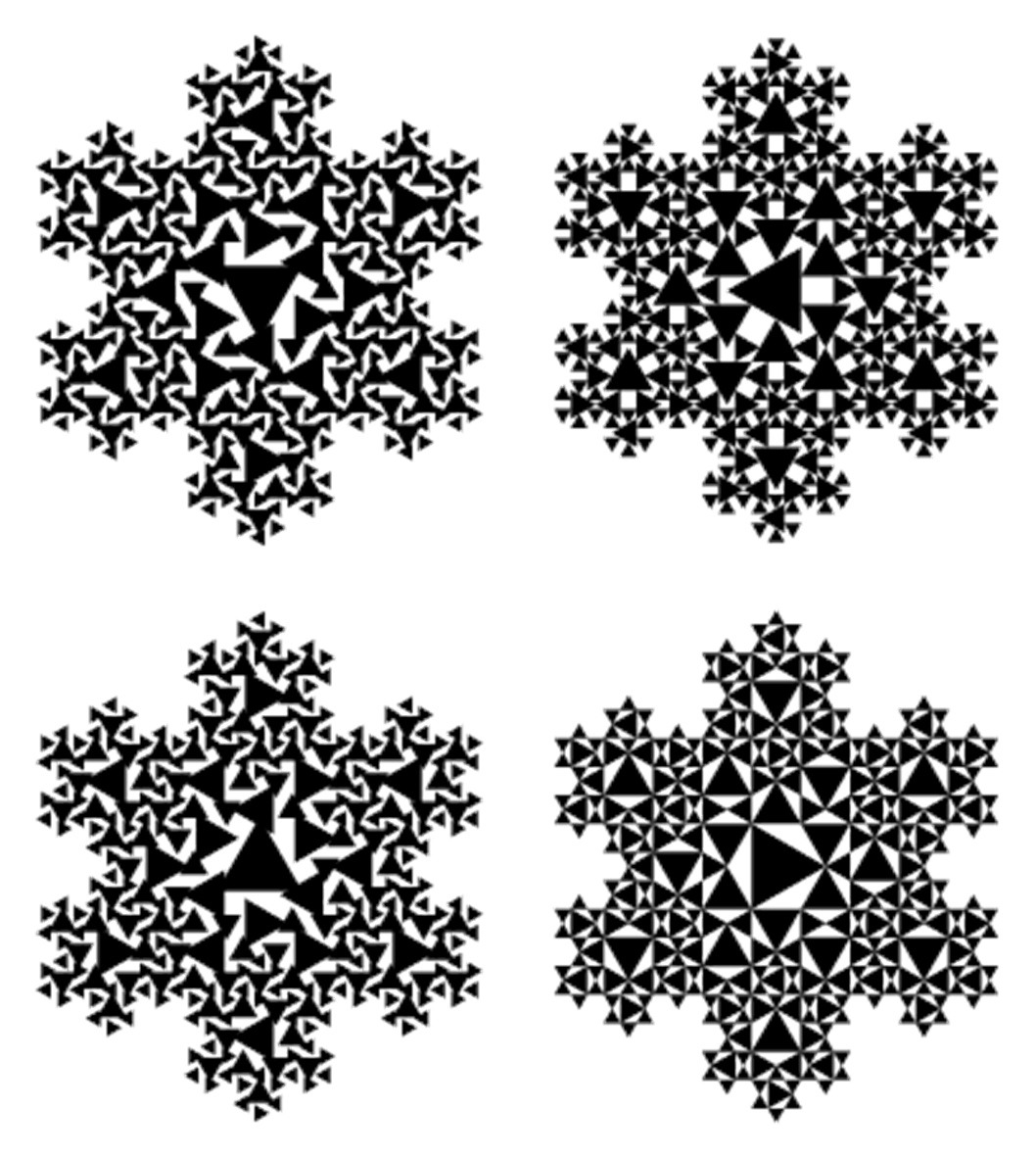