CogAT Form 7 – Sample Questions and What to Know

CogAT Form 7 was released in 2011, and it offers changes and improvements over the previous version, CogAT Form 6.

We examine how CogAT Form 7 retains the basic elements which made the test the most reputable and popular reasoning abilities test in the US. Learn what you can in advance to decide if you want your child to attempt the CogAT practice test.

The Cognitive Abilities Test (CogAT) was first launched in 1968. It has undergone many revisions, until it has become one of the most reputable and widely used tests to gauge reasoning abilities in students.

CogAT Form 7 was released in 2011, after nine years of extensive research. It retained the features which made it popular and trusted, while it also added revisions which made it even better than previous versions.

In fact, the enhancements in the Form 7 were the most significant ever since it was first launched. 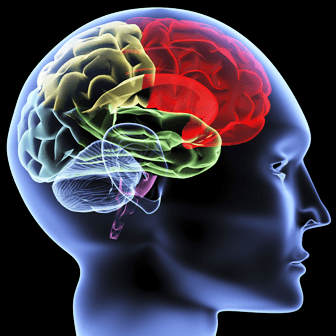 What Remains the Same in CogAT Form 7

The testing time is still the same. This means that the tests are still able to fit within typical school schedules. There are still three different batteries of tests: Verbal, Quantitative, and Nonverbal. These are the areas in reasoning abilities which are closely related to academic success.

Teachers and educators can still administer one or all batteries depending on their requirements and the requirements of the students. Different formats are still used for the batteries of tests.

This ensures that the score reflects the student’s reasoning ability and not just their preference for or affinity with a specific type of test format.

This use of different formats makes the scores fair and more valid. Educators still get to use an ability profile for the students.

Questions to Ask the School Before the CogAT Test

Should I Let My Child Take the CogAT Test

The Form 7 version of the CogAT for the primary levels from kindergarten to 2nd grade is markedly different than the Form 6 version.

The most notable differences:

For the Form 6 version, the teachers read the instructions aloud in English. In the Form 7 version, teachers now read in oral English or Spanish.

This change was made to acknowledge the changing language landscape in the US. For most of the country’s history, an overwhelming majority of the students spoke English as their native language.

It made sense to have the teacher read the question aloud while they chose the picture which answered the question. Now, however, there are a growing number of students who are not native English speakers.

On the Form 6 version of the CogAT, four of the six types of tests (oral vocabulary and verbal reasoning in the verbal battery, and relational concepts and quantitative concepts in the quantitative battery) were in English.

It was only in the figure classification and matrices in the nonverbal battery which used nonverbal questions in the form of pictures.

On the Form 7 version of the test for the primary levels, every type of test format are in nonverbal forms. The sole exception is the sentence completion part of the verbal battery, which used English or Spanish.

And that’s an optional part of the test. The switch to nonverbal means of representing problems (pictures and figures) became a much more effective means of accurately measuring the true reasoning ability levels of US students.

Students can understand squares, pictures of flowers, and other images. This is true whether or not a student speaks English.

The format for the primary levels now more closely resembles that of the tests for the older students.

What types of questions are on CogAT Form 7? It’s important to understand, there are three batteries. In addition, each of these batteries contains three sections.

This change was instituted because the different formats for the older students sometimes produced markedly different scores from the scores they received when they were in the primary levels.

With the increased similarity in formats, there is now greater consistency of results even when students take the CogAT at different points in time. Now if there is a change, it can no longer be attributed to the difference in the format.

If you have a 2nd grader who’s about to take the CogAT 7 version, here are the kinds of questions you can expect for the various sub-tests:

For example, the question will show two pictures; for example, a foot and a shoe.

The third picture might be a hand. The student needs to consider the fourth picture from three possible answer choices: a hand mirror, a hammer, and a glove.

The hand mirror and the hammer can be grasped by the hand, but not worn.

The question asks students to indicate which one of the animals in the answer choices swims in the ocean. There’s a picture of a monkey, a cat, and a shark.

And although it is theoretically possible that a monkey and a cat can swim in the ocean, these are not the best answers.

The best answer is the shark, which actually lives and swims in the ocean. In general, the most suitable answer is the right answer for these kinds of tests.

One rule you can teach your child when taking these tests is that the obvious right answer is the best answer.

If you need to explain why your answer can be right (“The cat fell from the ship and it swam!”) then it’s not the best answer.

The CogAT Sentence Completion Test for the Verbal portion can be given in English or Spanish.

It follows the traditional method of having the teacher read aloud the question while the student chooses the picture that answers the question.

In this section, the student must figure out how three items represented by pictures are similar to each other.

This makes it the best (and therefore the correct) answer.

In this part, students see three pictures. The first two have some form of numerical relationship.

The student is required to find the fourth picture among the answer choices which has the same relationship with the third picture.

Therefore, the right answer is the picture of an apple cut into two halves as well.

This type of question offers pictorial representations of mathematical problems. For example, the question shows two pictures: a box with 4 dots inside, and a picture of two boxes with one box showing 3 dots.

The other box has a question mark.

This is a simple mathematical representation.

The right answer is a box with a single dot, so that the second picture has the same number of dots (4 dots) as the first picture.

For older students, this may be done with just numbers. However, in 2nd grade, CogAT Form 7 shows pictorial representations of the numbers.

For example, one string has a single bead, the next string has two beads, and then the next has three beads.

What comes next? The student should then pick the string with the single bead.

The matrices here show three boxes, with the fourth box empty. The top two boxes have some sort of relationship, which then offers a clue as to which picture fits best in the empty box at the bottom.

For example, the top two pictures show a large square and a small square. The first bottom picture shows a large circle, so the right answer here is a small circle.

Like the figure classification tests in the verbal part, in CogAT Form 7, the student is again required to find how figures and shapes are similar to each other.

For example, the test may show a shaded circle, square, and triangle. The best answer may be a shaded rectangle, compared to other options like an unshaded rectangle or trapezoid.

The questions for older students here may involve punching holes in folded paper with the student trying to figure out how the holes in the paper will look like.

For 2nd graders and below, the questions here are about how the paper will look once they are folded.

How Important are the Results of a CogAT Test

While the CogAT Form 7 is the latest and most updated version of the test, don’t assume your child’s school will be using it for their testing.

The most common reason is the expense of transferring to the new version of CogAT. This involves a fairly serious financial investment for the school, and some schools and school districts simply cannot afford it.

Other schools may not be all that eager to have their teachers learn and master another CogAT version. This requires time and effort, and some school administrators may be reluctant to undergo that kind of training again.

Finally, some educators may believe in the adage if it isn’t broke, don’t fix it. This is not exactly a principle that encourages improvement, progress and development, but that kind of belief still persists in some academic circles.

What CogAT version does the school use

What this means it’s helpful to know what CogAT version your child’s school will use. While a CogAT Form 7 practice test will be helpful, it’s best to confirm if the school will administer the CogAT Form 7 version.

The easy thing to do is to ask the school which version they are using, and then buy the appropriate practice materials for your child. However, it’s important to note, most schools will not want to tell parents which form they use. This is because they don’t want parents to prep their students. For this reason, it’s best to find out another way.

When schools use CogAT 7 test results to place students in advanced tracks or gifted and talented enrichment programs, they will not want to give parents and their students an advantage.

Parents can find a CogAT Form 7 practice test based on the child’s grade. Teachers can download practice activities for the CogAT as well so that the students can be prepared equally even if their parents don’t buy or cannot afford to buy practice guides for the CogAT.